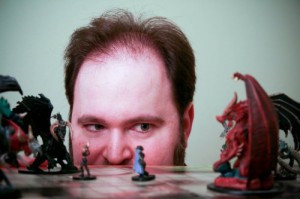 Ari Marmell
On March 22, 1974, Ari Marmell was hatched out of an egg laid by a rooster on the night of the full moon. Due a mix-up, he wound up in the infant ward at a hospital in New York, where he was claimed as a (relatively) normal human and taken home. He and his family fled New York barely a year... show more

On March 22, 1974, Ari Marmell was hatched out of an egg laid by a rooster on the night of the full moon. Due a mix-up, he wound up in the infant ward at a hospital in New York, where he was claimed as a (relatively) normal human and taken home. He and his family fled New York barely a year later, either because his father received a job offer in Houston, or because they were chased by angry mobs with pitchforks; reports are unclear.For the next 27 years, Ari lived in Houston. His father told him bedtime stories when he was in preschool and kindergarten, stories without which he might never have become a writer. He received his first roleplaying game--the red Dungeons & Dragons boxed set--at age 9, and the AD&D Players Handbook followed less than a year later. He spent very little time on class work or studies for the next, oh, 13 years, instead spending his efforts on far more important things like fighting orcs, riding dragons, and rescuing extremely beautiful princesses.Ari went to college at the University of Houston. He began in the Psychology program, but quickly changed his major to Creative Writing. It was in the first week of class that he met his wife-to-be, who goes by the name of George. (No, it's not short for Georgia, Georgette, Georgiana, or anything else that could possibly make sense.) It was also in college that he wrote his first novel, one that he is now determined will never see the light of day, and charitably calls a "learning experience."In short, Ari graduated in late '96, married George in March of 1997, honeymooned in New Orleans, worked several jobs he hated for the next several years, and quit the last of them in 2000 due to ongoing health issues. During this time, he wrote four more novels, two of which are actually pretty decent. It was also during this time that he managed to break into the roleplaying industry, having attracted the attention of Justin Achilli (developer of Vampire: The Masquerade) with a project submission inspired by his trip to New Orleans.He and George moved to Austin in mid-2001 so George could attend graduate school while Ari continued to work as a freelance writer. They live there today, along with a large orange cat named Leloo and a smaller gray cat named Pippin who seems unable to grasp the notion that strings, ribbons, and plastic bags do not make up a viable part of the food chain. His first published novel, Gehenna: The Final Night, appeared on shelves in January of 2004.Today, Ari is shifting his focus from freelancing to more fiction and novel-writing. His second novel, Agents of Artifice, was released by Wizards of the Coast in February of '09. His third novel, The Conqueror's Shadow, was released by Spectra in February 2010. (This was his first published non-tie-in novel.)Ari's forthcoming novels include The Warlord's Legacy (Spectra, early 2011), the Goblin Corps (Pyr Books mid- to late 2011), and Household Gods (Pyr Books, 2012). You can learn more about him, and keep up with his news and release schedule, at www.mouseferatu.com. 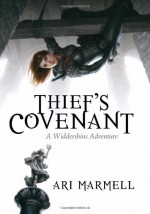 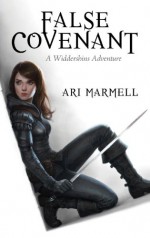 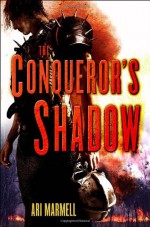 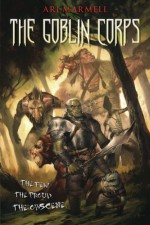 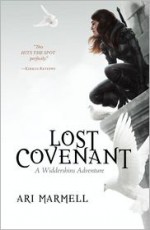 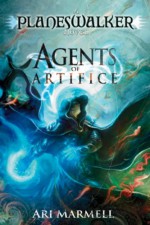 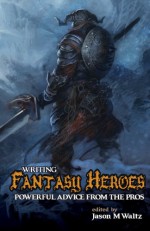 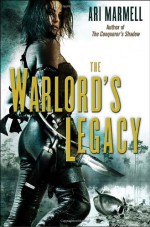 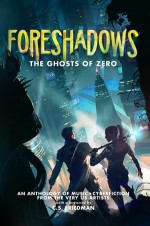 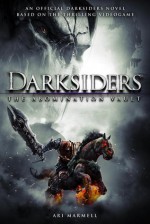 9 months ago
text Anti heroes join this great read
I haven’t read a good fantasy in such a long time! And this one was excellent! It’s fun to see a bunch of misfit anti heroes come together to try and save the world because not only did they leave on bad terms back then in the day, Corvis actually had the galls to come back to ask them for favors (w...
See review

3 years ago
text Hallow Point / Ari Marmell
The Spear of Lugh, one of the four Kingly Hallows of Ireland is in Chicago. And everyone, everyone wants it, for it is said that he who carries the spear into battle cannot be defeated. Among those who seek it are an agent of the infamous Wild Hunt; a mobster who knows far more about these things th...
See review

3 years ago
text DNF 45%.
I'm out; I have no idea beyond character and place names what this has to do with the first book in series. Honestly, it's a combination of horror and serial killer with the heroine gone TSTL and lots of everyone murking about alleys either doing the murdering or seeking the murderer. Not my cup...
See review

3 years ago
text Hot Lead, Cold Iron / Ari Marmell
Chicago, 1932. Mick Oberon may look like just another private detective, but beneath the fedora and the overcoat, he's got pointy ears and he's packing a wand. Oberon's used to solving supernatural crimes, but the latest one's extra weird. A mobster's daughter was kidnapped sixteen years ago, replac...
See review

3 years ago
text The Forge of War: An Eberron Supplement
The Last War is what defines Eberron. The campaign setting has a lot going for it, but the century-long conflict that divided the human kingdom of Galifar is the intended backdrop for 90% of the action. 'The Forge of War' gives an in-depth look at the events of the war and gives plenty of adventure ...
See review
see community reviews
Need help?