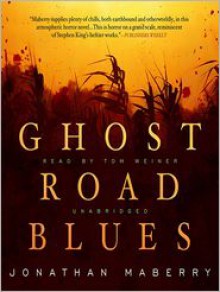 3.00 30
Listening Length: 14 hours and 17 minutes Winner of the Bram Stoker Award for Best First Novel From a master of horror comes an apocalyptic showdown between the residents of a secluded, rural town and the deadly evil that confronts them wherever they turn. Evil doesn't die. The cozy little... show more
Listening Length: 14 hours and 17 minutes

Winner of the Bram Stoker Award for Best First Novel

From a master of horror comes an apocalyptic showdown between the residents of a secluded, rural town and the deadly evil that confronts them wherever they turn.

The cozy little town of Pine Deep buried the horrors of its past a long time ago. Thirty years have gone by since the darkness descended and the Black Harvest began, a time when a serial killer sheared a bloody swath through the quiet Pennsylvania village. The evil that once coursed through Pine Deep has been replaced by cheerful tourists getting ready to enjoy the country's largest Halloween celebration in what is now called "The Spookiest Town in America."

But then-a month before Halloween-it begins. Unspeakably desecrated bodies. Inexplicable insanity. An ancient evil walks the streets, drawing in those who would fall to their own demons and seeking to shred the very soul of this rapidly fracturing community. Yes, the residents of Pine Deep have drawn together and faced a killer before. But this time, evil has many faces-and the lust and will to rule the earth. This struggle will be epic.
show less
Format: audiobook
ISBN: 9781441790415 (1441790411)
Publish date: 2011-08-01
Publisher: Blackstone Audiobooks
Minutes: 857
Edition language: English
Category:
Fantasy, Paranormal, Shapeshifters, Mystery, Thriller, Horror, Zombies, Supernatural, Ghosts, Vampires, Werewolves
Series: Pine Deep (#1)

5 years ago
http://readingismyescape.booklikes.com Reading is my ESCAPE from Reality! 4.0 The creepiest town...
text The creepiest town...
The last thing Billy said was, "Oh, come on... there's nothing out there." - first sentence Immediately after he says that, Billy is seized and dragged screaming into the darkness. But... things are not what they seem. This is a great story. There is definitely something supernatural and spooky...
See review

5 years ago
http://arrakiswitch.booklikes.com A Spoopy Love Affair With Books 4.0 Review: Ghost Road Blues by Jonathan Maberry
text Review: Ghost Road Blues by Jonathan Maberry
Wonderfully atmospheric, with a leisurely pace that relishes in the reveal and the building of tension. This was the first adult work I'd read by Maberry, and in fact his first novel, so going into it I already knew that he was a fantastic writer; I had a few problems with the Rot & Ruin series, but...
See review

6 years ago
http://BarkLessWagMore.booklikes.com Bark at the Ghouls 2.5 Ghost Road Blues by Jonathan Maberry (audio)
text Ghost Road Blues by Jonathan Maberry (audio)
I am going to be the party pooper again. Many of my friends enjoyed this story but as much as I tried (and, boy, did I ever try) I could not fall into this book.Part of the problem was the narrator. His voice was gravelly and deep and it suited some of the characters but it grated on me. Sorry but i...
See review

The Politically Incorrect Guide to the C...