Peter Gorman
Award-winning nvestigative journalist Peter Gorman has spent more than 25 years tracking down stories from the streets of Manhattan to the slums of Bombay to the jungles of Peru. Specializing in Drug War issues, he worked for High Times magazine for 14 years, during which time he was a Senior... show more
Award-winning nvestigative journalist Peter Gorman has spent more than 25 years tracking down stories from the streets of Manhattan to the slums of Bombay to the jungles of Peru. Specializing in Drug War issues, he worked for High Times magazine for 14 years, during which time he was a Senior Editor, Executive Editor and Editor-in-Chief. He is credited as the primary journalist in the medical marijuana movement, the hemp movement and in property forfeiture reform, where his early 1992 series came to the attention of Senator Henry Hyde and was a catalyst in Sen. Hyde's fight for forfeiture reform. His groundbreaking story on a missionary plane shootdown in Peru in 2000 led Congresswoman Cynthia McKinney to call for congressional hearings which led to a reform in way the US identifies suspected drug planes in Colombia and Peru.But Peter Gorman's body of work is not restricted to the Drug War. He has also written about the Amazon jungle, ayahuasca, art, architecture, bars, camel fairs, cowboys, crocodile farms, Dallas nightlife, day labor, education, environmental issues, Earth First!, floating slums, frogs, gas-drilling, immigrant smuggling, indigenous peoples, iron workers, Moroccan hashish harvesting, Plan Colombia, plant medicines, police work, poverty, prison sentencing, rat catchers, sculpture, sharks, snake charmers, sports and street artists, among a host of other topics. Peter Gorman's love affair with the Amazon jungle is well known to people in the field. Since 1984, Mr. Gorman has spent a minimum of three months annually there--as well as all of 1998-2000--generally using Iquitos, Peru as his base of operations.During that time he has studied ayahuasca, the legendary visionary and healing drink of the jungle, with his friend, the late curandero Julio Jerena, as well as the San Pedro, the sacred cactus of the highlands, with the healer Victor Estrada.He has also collected botanical specimens for Shaman Pharmaceuticals and herpetological specimens for the FIDIA Research Institute of the University of Rome. He was the first person to ever work with the medicinal knowledge of the remote Matses Indians of the Peruvian-Brazilian border, and his description of their use of the secretions of the phyllomedusa bicolor frog has opened an entire field devoted to the use of amphibian peptides as potential medicines in Western medicine. (His initial writing on the effects of the secretions is the first description of a human taking an animal substance directly into the bloodstream ever recorded.) His work with the phyllomedusa bicolor has been the subject of an article in Science magazine and several scientific journals; his work in Peru in general was the subject of a Newsweek feature, a recent Men's Journal feature and numerous other newspaper and magazine articlesHe has also collected artifacts from the Matses for the American Museum of Natural History in New York City, several of which are on permanent display in that museum's Hall of South American Peoples.In 1997, Mr. Gorman and his wife Gilma discovered the only fossil bed ever found in the Iquitos area. Their preliminary dig exposed three identifiable animal fossils dating from 3-30 million years old when examined by the Department of Paleontology at the American Museum of Natural History. They are currently working on funding to have it properly explored.To do his work in Peru, over the years Peter Gorman has rebuilt several boats, traveled thousands of miles of jungle waterways, hiked across the Peruvian jungle on numerous occasions, suffered from malaria and a botfly infestation, been bitten by ants, rats, spiders, vampire bats and other scary things, and generally had a rollicking good time with it all. Penthouse magazine once referred to one of his expeditions as rivaling "a real Indiana Jones' adventure."Mr. Gorman's feature writing has appeared in dozens of major national and international magazines, including Airone (Italy), Americas, the magazine of the Organization of American States, Buzzworm, Elle, GEO (Spain), Geographical (England), Geo Mundo (Mexico), Modern Maturity, Omni, Panorama (Holland), Penthouse, Playboy, Sette (Italy), Shaman's Drum, Spy, Suisse Familia (Switzerland), Trip (Brazil), VSD, Wildlife Conservation, World (England), Zeit Magazin (Germany) and ZOOM (France).His newspaper features and editorials have appeared in the New York Times, the Boston Globe, New York Newsday, The New York Daily News, the Times of India, the Fort Worth Weekly, the Earth First! Journal, the Orange County Register, the Santa Fe Reporter and elsewhere. In 2007 he was named Print Journalist of the Year in Texas by the Houston Press Club.He has also written a number of video pieces, including work for the United Nations and the Salvation Army. He has consulted for both National Geographic's Explorer series and the BBC's Natural World.As a speaker, Mr. Gorman has lectured at the Boston Museum of Science, the New York Open Center, at Axiom and Mind/Biz/Spirit conferences, and has been a featured speaker at each of the first four Shamanism Conferences held annually in Iquitos, Peru. He has appeared as a guest on numerous television shows, in several documentaries and on hundreds of radio shows, including an all-nighter with Art Bell.Mr. Gorman is a former recipient of a Blue Mountain Fellowship in investigative journalism and a grant from Conservation International (then-headed by Mark Plotkin) to do a study of indigenous peoples on the Napo River.Peter Gorman currently lives in Texas on a small ranch with his three kids and when not there can be found investigating Drug War stories, taking occasional groups out into the deep jungle or looking for a new location in Iquitos for the currently defunct Cold Beer Blues Bar. 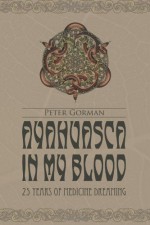 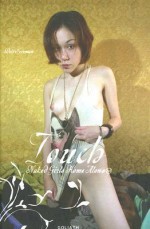 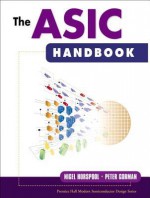 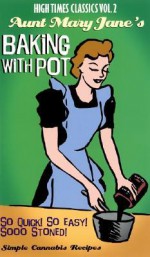 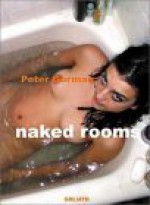 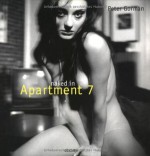