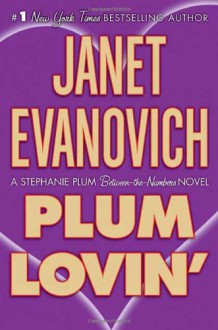 Does Diesel know more than he's saying about Annie Hart? Does Diesel have secrets he's keeping from Stephanie and the two men in her life--Ranger and Morelli? With Stephanie Plum in over her head, things are sure to get a little dicey and a little explosive, Jersey style!
show less
Format: hardcover
ISBN: 9780594011590 (0594011590)
Publish date: 2007-01-09
Publisher: St. Martin's Press
Pages no: 176
Edition language: English
Category:
Humor, Mystery, Contemporary, Chick Lit
Series: Stephanie Plum Between the Numbers (#2)

9 months ago
http://bookjunkie57.booklikes.com bookjunkie57 3.5 Plum Lovin’
text Plum Lovin’
Stephanie Plum, Book 12.5 I Picked Up This Book Because: Continue the series The Characters: Stephanie Plum: Diesel: Grandma Mazur, Lula, Connie, Tank, The Story: I’m not sure how I feel about these between the number books. Barely and Joe or Ranger, Diesel is questionable, little action and St...
See review