Log in with Facebook
or
Wrong email address or username
Sign up
Already on BookLikes? Log in!
Incorrect verification code
Please, check your email, the code to access your BookLikes blog was sent to you already.
Enter code:
« Back Send
back to top
Search tags: 2015am 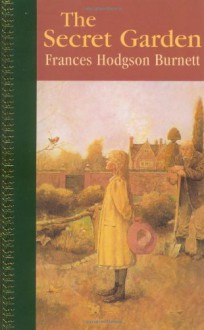 Best part for me was where Mary starts shouting to Colin over his hypochondria induced tantrum. Lord, was the girl vicious! It was funny in an overboard, freeing way.

A very sweet classic  that makes you love unlikely leads.

This is an awesome begginning! I'm torn between amusement, pity and annoyance (much like when in front of one of those cluelesly spoilt children) and it's grand. Way nostalgic, incredibly biased, yet a mammoth that deserves to be tackled.

The pace is slow and full of description and social commentary yet it gets you into the swaying rhythm easily. The main characters reminded me of Wuthering Heights, so compelling despite their heavy flaws. The story takes us through the Secession War and the reconstruction while we follow Sacrlett's downward spiral.

I can hear all the complains: immoral characters, bias, hypocrisy, racism, historic apology. I can see how anyone touchy about any point would chuck this one to the wall. I read it as the characters view of the world, and it worked. I regarded Scarlett as I did Kathy Earnshaw, and it worked too.

Scarlett is a selfish, sociopathic creature, shined with the southern belle coat her mother fixed on her. She's a naive, spoiled kid whom the war forces to take great burdens, and it so happens that she has the strength in spirit to carry them, even if she crosses every moral line in the process (not that she ever cared much about those, just the appearance).

Rhett is the educated, male version of Scarlett. He's more aware of himself and the world, and so succeeds better in many a point that trips Scarett, social graces and political foresight being the very obvious. He can not only see the futility of social  trappings (which he teaches Scarlett), but their use (which she forgets), and can don them if motivated, though he tires fast.

Their mix is an inevitable tragedy. Both of them tend to spoil any they touch, even in help; their combination is ruination.

Actually, out of all relationships, the only one that really works is Melly's and Sacrlett's (despite Scarlett too), the first taking care of society, the second of the practical aspects. While there is no man around, their teaming manages very well. It actually reminds me of a married couple's classical roles.

Anyway, I'm rambling. I have a lot of little thoughts about this one, and I think I posted most of them as I was going, but the gist is that I really liked it. It's sad and harrowing, and will push many peoples buttons, but it's beautiful too, and funny: every exchange between Sacrlett and Rhett always hit hilarity while ruining the gamut of emotions, and there were so many situations that made for dry or hypocritical humor.

An almost five stars for a different read.

“Yes, you came swiftly, dragging me at your chariot wheels. Scarlett, sometimes I have an impersonal curiosity as to what would have happened to me without you.”

So he does realize how much he owes her. That imagery is interesting too. Slaves and war spoils were carried at the wheels. Given Ashley's penchant for over-blown analogies, this is likely on purpose.

“Did you ever stop to think, Scarlett, that Rhett and I are fundamentally alike?”
“Oh, no! You are so fine, so honorable and he —” She broke off, confused.
“But we are. We came of the same kind of people, we were raised in the same pattern, brought up to think the same things. And somewhere along the road we took different turnings. We still think alike but we react differently. As, for instance, neither of us believed in the war but I enlisted and fought and he stayed out till nearly the end. We both knew the war was all wrong. We both knew it was a losing fight, I was willing to fight a losing fight. He wasn’t. Sometimes I think he was right and then, again — ”

There was something pathetic about a man trying to raise a little girl all by himself! Rhett knew very well the pathos of the spectacle, and if it blackened Scarlett’s reputation he did not care.

Silly Scarlett. She could not see that he indulged her because he loved her (and because he's so twisted as to enjoy seeing someone's soul blackening) and now that he's found something he loves more she's screwed.

Since the end of the honeymoon, I haven't been able to stop wincing.