Log in with Facebook
or
Wrong email address or username
Sign up
Already on BookLikes? Log in!
Incorrect verification code
Please, check your email, the code to access your BookLikes blog was sent to you already.
Enter code:
« Back Send
back to top
Search tags: A-Tattoo-Storybook 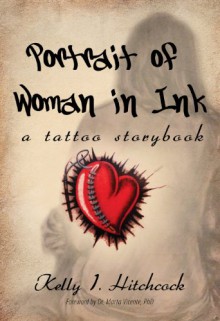 This collection of short stories surprised me by how the author managed to incorporate real life drama and joy into a work of fiction. I liked very how she linked the stories together by using the way the lives of the characters touch each other. It made the whole seem more of a complete, work rather than a collection of unrelated stories.

The downside was that neither story had a real resolution. We are shown the why of things but rarely how things pan out in the end. Not that they feel unfinished, but still I would have liked to see a real ending to each one.

I could have done without the lengthy and rather spoiler filled foreword, as well as the many samples of other books at the end, but that is an aside and as such has no impact on my opinion of the stories this collection consists of.

There are quite a few typos and missing, or double words (like the one in the title), but that could be because I had an ARC to review, so I have no idea if the final product got another round of editing which this version certainly needed.

With regards to the characters and their stories, I got sucked in soon enough and rooted for each and every character in all stories alike. Nothing ever felt contrived or unreal, so kudos for that. I actually thought it could just as easily be all real life stories rather than a fictionalised version of the real stories of these women.

Why I won't give it a 4 or even a five star rating? Well, it was good, but just not that gripping that it made me want to recommend it to whomever wants to listen to me. I feel there could have been more to the stories than the author has written now. Sometimes it felt as if she took a shortcut rather than show us all there was to a particular story.