Log in with Facebook
or
Wrong email address or username
Sign up
Already on BookLikes? Log in!
Incorrect verification code
Please, check your email, the code to access your BookLikes blog was sent to you already.
Enter code:
« Back Send
back to top
Search tags: Alice-Loweecey

I liked this one. Giulia is a fun lead with an interesting background as a nun, and a supportive husband. A nice touch of noir in a cozy mystery-style read.

"Never trust the ones who can turn that charm off and on like a light switch."

This will most likely be a short review because I try not to make too negative of reviews. From the beginning I had a hard time really getting interested in this book. I never really liked or connected with the main character, Giulia. I especially didn't enjoy her complaining and bad mouthing about her years as a nun. The only character I really grew to like was Giulia's husband, Frank. The plot was a bit slow moving and really predictable. There were some suspenseful parts towards the end that I liked but those couldn't make up for all of the things that I didn't like about this. Needless to say I won't be continuing any further in this series.

Eh, not really impressed with this so far. I don't really like the main character, Giulia, and it isn't helping that she keeps dissing her time in the convent as a nun. As a Catholic I have grown up learning what a great duty it is to become a nun and that it takes a special person to become one and to have this character constantly complaining about and bad mouthing her time as a nun isn't sitting well with me at all. I understand she may have gone through difficult things but that doesn't excuse her behavior.

Now that I am pretty busy I am becoming really picky with books and a lot less patient and that is clearly the case with this book. We'll see if this book picks up some and I start gaining interest in it.

Thank you Net Galley and Henery Press for providing me with this galley to read and review. Here's my review.

I had a rough time thoroughly enjoying this book. While the mystery part of it was good, I had a problem with the characters and some of the writing. The main character refers to something bad that happened which resulted in her not being a nun, but it's never elaborated upon what that is. I think there were at least six times where this occurred. This may not be the first book in the series, but either way, a series book should, not in detailed version, elaborate on something that keeps being referred to over and over again. I'm still left wondering what the hell happened I mean it could be summed up in a sentence or two.

I enjoyed the banter between the characters while in the office most of the time, but sometimes it felt way too forced. This was just not a great book for me. 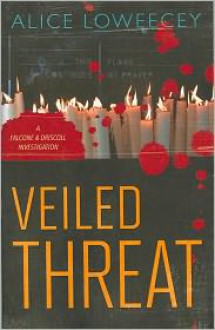 Giulia Falcone is an ex-nun, ex-schoolteacher, ex-barista and novice private investigator at Driscoll Investigations. Estranged from her family after leaving the convent, she's built a life for herself and is surrounded by friends. It is perhaps for this reason that she's willing to do almost anything for her friends. A few days before Christmas, she's contacted by Laurel Drury. Laurel is the owner of a soup kitchen in the local theater district and Giulia volunteers there several days a week. Laurel wants to hire Driscoll Investigations to aid in the search for her kidnapped baby. Laurel, and her partner Anya, had recently adopted an infant girl, Katie. They return home from an evening out to find the babysitter tied up and their daughter gone. They contact the police but are blown off. The next day they receive a ransom demand. Laurel, Anya and Giulia are concerned because similar kidnappings have not ended well. Giulia is able to talk Frank into not only taking the case but presenting their participation in the active police investigation to Captain James Reilly. Their request is initially met with resistance, but Giulia is able to successfully plead the case for her involvement. As the clock winds down on the kidnapper's deadline, Giulia realizes that she may have to do something drastic. Her only fear is that she may not be able to find Katie, or worse save Katie before it's too late.

I found Veiled Threat to be a quick read. At times the plot was predictable, but Ms. Loweecey's writing style made the action so interesting that I didn't mind the predictability factor. Giulia is obviously the main character so much of the story focuses on her interaction with his boss/boyfriend Frank Driscoll, her co-worker Sidney, and her friends, Laurel, Anya and Mingmei. The action picks up a bit when Giulia goes undercover at the resort. There's drama found in Giulia's thoughts of family and the holidays, mystery and suspense with the kidnapping and investigation, and even romance between Frank and Giulia. My only disappointment with the story was with Frank Driscoll. I thought he was put too far into the background with regards to the investigation especially since he is the head of the investigative company. If you enjoy clean, mystery-suspense reads, then you'll want to grab a copy of Veiled Threat for a quick and enjoyable weekend read.
More posts
Your Dashboard view:
All Reviews Text Photo Quote Video URL Activities
Liked posts Top Tags
Press About Terms of Services Privacy Policy Contact Us Blog FAQ Patronaty medialne BookLikes for Authors Partners panel more...
Team Themes Docs API Blogs
Copyright © 2022 BookLikes