Log in with Facebook
or
Wrong email address or username
Sign up
Already on BookLikes? Log in!
Incorrect verification code
Please, check your email, the code to access your BookLikes blog was sent to you already.
Enter code:
« Back Send
back to top
Search tags: American-writer There are just times in life where work and life just don't balance out. Things can even be harder when you have Mulitple Sclerosis along with a few other disabilities. But this does not mean you don't try and balance things out or even try to get farther ahead. I was feeling overwhelmed with all of the ARC, Netgalley books I had to read, plus all the reviews and social media I needed to work on. Rather than complain and accomplish nothing, I made some headway today. I might not have completed all of the necessary work to finally launch the site but I made major decisions and finally decided to wipe my blogger account clean and start anew. All of these fresh projects, new ideas, future changes, collaborations have me so excited. Some things to look forward to a challenges, giveaways, author interviews, blog hops,and even a return of Caturdays. Besides just having book, movie, foodie, and other reviews I'm planning on having many nerdy notions, along with information for those that might be like me with MS and Lupus....might have other health conditions, have giveaways, generate writing prompts and discussions. My Kindle, my best friend and I have so much work to do. On my bad days I'll be able to focus my energies on something worthwhile, and on my excellent days perhaps I'll do more than inspire myself. So far the working title for the main blog is MuSings of NerdyNatasha . I know all of this will be a lot of work. I'm looking forward to the challenge. Blogging is a way of life, that's why there are so many platforms. But this is the life we choose. There is something that fills the heart of a blogger when they write, have a connection to their writing, then see how it all connects to their audience. When my blog finally goes live of course I will need your support, I'll post the link, and hopefully get feedback. See you all on the blogosphere....Netgalley....GoodReads......Twitter......Facebook Likes Fan Page......and on a digital screen closest to you!

7 Years Ago we Have lost Kurt Vonnegut

He died because of head trauma on April 11, 2007 in a hospital, a few weeks after a fall on the steps of his New York brownstone. He was mourned all over the world as one of the great American writers of the second half of the 20th century.

Born Nov.11, 1922 in Indianapolis, Indiana, a city he would later use in his novels as a symbol of American values.

Kurt Sr. was one of the most prominent architects in the city and his wife Edith was the daughter of wealthy Indianapolis brewer. Also his grandfather was an architect and the first to be official constructor in Indianapolis.

Kurt Jr. was the youngest of their 3 children along with the middle child Alice and first-born Bernard.

The fortune of the family changed dramatically during the Depression when Kurt Sr. saw his architectural business disappear. He had to sell the family home and take young Kurt out of private school, the Orchard School where in kindergarten, Kurt had met Jane Cox, who eventually became his wife.

This radical change in economic circumstances caused Kurt Sr. virtually to give up on life and Edith to become addicted alcohol and prescription drugs.

Vonnegut would be influenced all his writing life by the simple rules of journalism:

- get the facts right;

When World War II broke out, Vonnegut was 16. At 20 he entered the army and was shipped of to Europe where he almost immediately was captured by the Germans in the Battle of the Bulge.

He was sent as a POW (Prisoner of War) to Dresden. On February 13, 1945 British and American bombers destroyed the city by dropping high explosives followed by incendiary bombs. The resulting firestorm turned the non-militarized city into a inferno that killed up to 60 000 civilians.

Vonnegut and his fellow POW's survived by an accident only because they were housed some 60 feet underground in a former meat locker and slaughterhouse, named by the soldiers 'slaughterhouse 5'.

Vonnegut's job for weeks after the bombing was to gather up and burn the remains of the dead. His experience at Dresden marked him for life and eventually resulted in his literary masterpiece 'Slaughterhouse Five".

Yet another sorrow of the was years was his mother suicide by drug overdose in 1944.

He was liberated by Red Army soldiers in May 1945 and awarded a Purple Heart, which he found a very appropriate name to express the damage that was done to him.

After the war Vonnegut married Jane Cox. They had they first child, Mark, named after Mark Twain.

Vonnegut took on an advertising job at General Electric to support his family. It was a research company and Kurt was interviewing the scientists to make them look more human and more interesting to the public. That's how he met the Nobel Prize winning chemist Irving Langmuir, who became a model for Felix Hoenikker in "Cat's Cradle". As Vonnegut said:

"Langmuir was absolutely indifferent to the uses that might be made of the truths he dug out of the rock and handed them out to whoever was around, but any truth he found was beautiful in its own right, and he didn't give a damn who got it next."

At the same time he began writing short fiction on the side. Kurt and Jane had two more children, Edith and Nanette, and Vonnegut redoubled his efforts to publish his stories.

First short story "Report on Barnhouse Effect" was published on Feb. 11, 1950 in Colliers. In 1952, his dystopian apprentice novel "Player Piano" was published.

Vonnegut's beloved sister Alice Adams died of cancer in 1957, just 2 days after her husband had been killed in a commuter train crash. Kurt and Jane took in 3 of Alice's children (the youngest that was still an infant was taken by other relatives), doubling the size of their family overnight. It became more imperative for Vonnegut to bring in more money.

Within 10 years following the arrival of the Adams boys, the short-story market was drying up and Vonnegut turned his attention to novels. He published the whimsical sci-fi epic "The Sirens of Titan", the spy novel "Mother Night", the anthropological satire of religion "Cat's Cradle", a critique of economic injustice "God Bless You, Mr. Rosewater" and in 1969 his Dresden novel "Slaughterhouse-Five".

University of Chicago accepted his novel  "Cat's Cradle" as his thesis and awarded him the M.A. degree in 1971.

Yet, the 1970s proved another difficult time for Vonnegut. After his children grew up and left home, his long marriage to Jane fell apart. He moved alone from Cape Cod to New York City, became withdrawn and depressed and suffered from writer's block.

That didn't stop him from moving in with z photographer Jill Krementz, whom he married in 1979 when he finally decided to divorce Jane Cox.

At the same time his son, Mark suffered a bipolar disorder breakdown, but recovered to write a book about it called "The Eden Express". Some years later he published another book with his memories of life with his father. Also Jane Cox published a book about bringing up Vonnegut's children.

Not surprisingly the disintegration of families became a major theme in Vonnegut's two novels in the middle 1970s, "Breakfast of Champions" and "Slapstick". While not altogether successful as fiction, these books helped Vonnegut work through the emotional problems that had plagued him since childhood.

In the 1980s, Vonnegut entered a second major phase of his career. The social realist novels "Jailbird", "Deadeye Dick" and "Bluebird" showed a remarkable resurgence of Vonnegut's career after the critical backlash he had suffered in 1970s.

Throughout the 1980s and 90s Vonnegut acted as a powerful spokesman for the preservation of American constitutional freedoms, for nuclear arms control and for the protection of the earth's fragile biosphere.

As the new century began, Vonnegut continued to try to be, as he said "a responsible elder in our society" decrying the militarization of U.S.A after the terrorist attacks of 2001.

In his last novel "TImequake" and his last collection of essays "A Man without a Country" Vonnegut powerfully expressed his sense that corporate greed , overpopulation and war would win out in the end over simple humanity. He ruefully apologized to those who would come after him:

"We would have saved the world, but we were just to damned lazy." 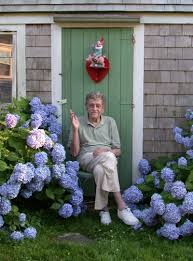 - All his life he was known for his humanist beliefs and was honorary president of the American Humanist Association.

- With Krementz he adopted yet another child: Lily.

- He was a smoker. He called his favorite Pall Mall cigarettes "a classy way to commit suicide"

- In the "Sexual Revolution"  chapter 18 of his book "Palm Sunday he grades his own novels: