Log in with Facebook
or
Wrong email address or username
Sign up
Already on BookLikes? Log in!
Incorrect verification code
Please, check your email, the code to access your BookLikes blog was sent to you already.
Enter code:
« Back Send
back to top
Search tags: Amy-Rose-Capetta The main character of The Lost Coast is a witch and all the friends she makes in the book right after she moves to a new town are witches too. Spells are cast throughout the book (and it's actually a spell that brought the main character to the new town), so the book is filled with magic, making it perfect for the Spellbound square. It would have also worked for the In The Dark, Dark Woods square on my card since most of it took place in the redwood forest with most significant events happening in the forest, but I've already marked that square. 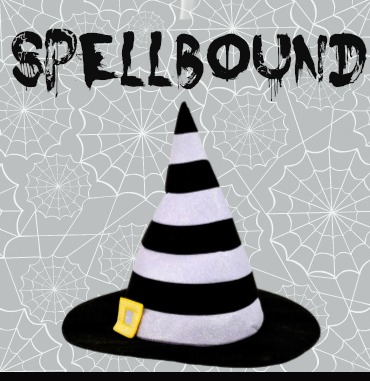 This book was a real struggle.  I tried reading the ARC copy I received, but besides the formatting being all wonky, I just couldn't get into the story.  So out of desperation, wanting to finish the story so I could review it properly, I bought the audiobook from Audible.

What gave this book a 3-star rating was the representation, diversity and the performance of the audiobook.  There were different ethnicities, and LGBTQIA+ represented in this book, as well as the cast of characters/protagonists being women.  That part was awesome.

I could not connect with the story or the characters.  There were too many jumps back and forth in time.  It made it hard for me to keep track of who was who, what they all meant to one another, and what was actually going on.

The main group of girls were witches, and one of their coven had gone missing.  A transplant from Michigan to their tiny town in California is the one element missing from their coven which will help them find their missing friend.  They help Danny find her power, treat her like an outsider and then get upset when she asks questions that hit too close to home.  They don't truly let her in, even though they expect her to help them find the missing Imogen.  Throughout it all, Danny starts to fall for Rush, who is Imogen's girlfriend.  And we learn that Imogen is not the friend they all thought she was.  She kept secrets and practiced magic without them, which is also the reason she went missing.

Perhaps I just wasn't in the mood for it; perhaps it was just the story, but I just didn't like this book.

This is still a struggle.  The representation and the narrator are the best parts of the book.  The Grays needs Danny, but are also excluding her and treating her kind of badly.  That pisses me off. How do you need/use someone and then get angry when they ask questions?  I guess we'll see how this develops.

Having a hard time getting into this one.  Gonna soldier on, as I got desperate and bought the audiobook.

3
review 2018-07-26 02:23
’The Brilliant Death’ turned out to be a brilliant book, filled with gender-bending, shape-shifting magic, and a surprising love story 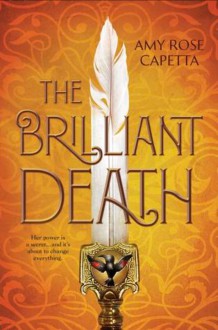 ‘The Brilliant Death’ just quite simply is a beautiful book. It defied and exceeded my expectations for it, and I could barely put it down once I started. I didn’t actually even mean to read it right now, and what I mean by that is, my plan was just to ‘read a little bit’, ie. The Prologue, and well…suddenly, I’d read the whole book.
The premise of the book rolls some themes together but once you start reading ‘The Brilliant Death’ you find it’s more than a sum of shape-shifting magic plus warring Mafia-style crime families.

The story revolves around this wonderful character Teodora, and the book opens with her remembering the first time she saw her father kill someone, in order to protect ‘his family and his mountains’. She learns early on that her father is a powerful man.
Teodora di Sangrò is the daughter of the ‘great Niccolo di Sangrò’, who has control of the Uccelli region and heads a loyal family. One day Niccolò is suddenly poisoned by a letter he receives from the Capo, who has taken over the governance of all of Vinalia.
The Capo has summoned ‘the heirs of the five families’ as these poisonous letters have left the fathers for dead (except Niccolò, who is barely grasping onto life), to his home in Amalia, but Niccolò had wanted his second son, Luca, to become the heir.

Before Luca sets off on his trip to Amalia, Teodora/Teo catches the ruthless eldest son Benaimo, brother to them both, skinning Luca alive, so she dares reveal her greatest secret to them both, which is how she’s managed to carry out her ‘work' (ridding the kingdom of ‘bad people’) for her family for so long without a drop of blood being shed: Teo is a strega, and she has been turning nasty human beings into (mostly) inanimate objects for years. This time though, she manages to turn her brother into a vicious owl.

Luca and Teo set off on their journey to Amalia, set on finding an antidote to their father’s poisoning and to fulfill the Capo’s Summons, with a plan in mind, and luckily they meet another dashing and knowledgeable strega, Cielo, which means they have hope.
I don’t want to reveal much more of the plot beyond that because once Teo, Cielo, and Luca start their journey to Amalia, the story really gets going and it’s hard not to become fully invested after that point.

The storyline builds from the journey that the trio take, and this involves Teo learning more of her magic (and her self-discovery), to a novel that involves the deception and intrigue we often see in a royal court. Yet this time, these ‘families’ who are convening are basically feared mobsters in an Italian-style court of old, and the lush world-building that the author Amy Rose Capetta has conjured up for them is vivid and so different from every other court or castle I’ve read of lately.

The magic that is central to this book is a very special kind of magic, it’s shape-shifting, and that’s important to the most wonderful, surprising, and probably groundbreaking part of this novel: Teo (and Cielo) learns to change from a girl to a boy, and back (as a strega), and the conversation about how she/he feels in that body at different times. The power to change the body, and how Teo learns to harness magic is a fascinating part of this book, and Capetta approaches it with a delicateness, and at the same time, boldness, which makes the ‘gender-bending’ so unique and so wonderful to read.

The love story that is wrapped up in the magic, as well as the danger and adventure, is so original, that it’s hard to describe. I found myself loving these ‘odd’ characters, and even though I found a few holes to pick at and a few slight issues with pacing (slight rushed parts), the writing is beautiful; my eyes didn’t want to leave the page, plus I enjoyed the different sections Capetta used to divide the book up with.

This is an absolute stunner of a fantasy for this coming Fall (the cover even stands out in its lush Autumn tones), and this is sure to capture lots of peoples’ attention with its enthralling magic, and uniquely wonderful gender-bending love-story. A ‘Brilliant Book’.