Log in with Facebook
or
Wrong email address or username
Sign up
Already on BookLikes? Log in!
Incorrect verification code
Please, check your email, the code to access your BookLikes blog was sent to you already.
Enter code:
« Back Send
back to top
Search tags: Barks-Reviews

A family moves into a large house, with lots of nooks and crannies (all the better to hide yourselves later), way out in the woods with nothing to see for miles but trees. I was excited and my hopes were high this wouldn’t be a dud.

Dad records every living moment of their lives on a too often shaky held hand-cam. He is a Pastor who apparently has nothing better to do with his time. But I sure as hell have better things to do than watch his boring little vignettes where he’s usually the star,awkwardly hamming it up for the camera, acting the fool, as the kids look completely uninterested and DO NOT UTTER A WORD (because that’s not weird at all). This worked for a little while, he is Adrian Pasdar of Near Dark fame (Heroes doesn't count), after all, and damn that man has aged well, but even I need more than a pretty face to keep watching.  Eventually you come to the realization that there is something off about these kids when the son beans dad hard in the head with a rock while playing a friendly game of catch in the backyard. That’s not normal. Let’s just “punish” him by doing absolutely nothing. Before long they are doing much more ominous things than a little attempted braining of goofy dad. These things usually involve animals (wish I’d know that little detail beforehand) . These “things” that they’re doing would have any sane, caring parent seeking outside help for their children.

Not these two fools. They parent by sweeping all of these bad things under the rug and going on with their day.

And, get this, the wife is a child psychiatrist of all things!

Well, she decides to diagnose them, study them and even medicate them.

This, of course, is a terrible idea. Turns out she is quite possibly the world’s worst child psychiatrist ever to breathe air.

She and Adrian realize the error of their ways far too late and make so many TSTL moves in the final scenes that they deserved every terrible thing their little kiddies decided to dish out to them. I only wish it had happened sooner because I ran out of fucks to give far before the movie ended.

The reviews on this tell me how creepy and unsettling it is but I just wasn’t feeling it. Most of the acting felt forced and unnatural. But on the positive side Adrian Pasdar still looks good so I'll give it two stars instead of one. 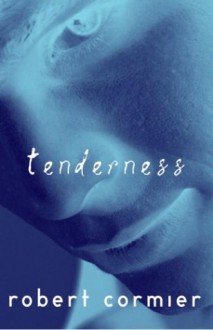 So I was bored one insomnia fueled night and saw this flick titled "Tenderness" on the Sundance Channel guide. It said something about a "young serial killer" in the description and because it sounded decent and vaguely familiar, I hit that handy record button. I finally got around to watching a bit of it this morning. Come on, I can't be the only one who starts their day off right with a horror film?  Anyway, it was indeed a book and I had indeed read it and it bothered me deeply and was unflinchingly depressing. So far the film is living up to the book. It's bleak and depressing but I don't know how well it would fly if I hadn't read the book first. It makes some leaps that aren't really all that filled in but maybe it'll become clear once I finish.

So here's the review if you're itching to fall into a depression:

Hmmm, what to say about this dreary book? It is a young adult novel but it's extremely dark. It features an eighteen year old serial killer who has been imprisoned for the past three years for murdering his parents. Eric was also a suspect in the murder of several young girls but his guilt was never proven. He's due to be released very soon and the officer who knows he's a serial killer is determined to make sure he doesn't hurt another girl.

The other character is Lori, a fifteen year old runaway with a disturbing habit of using her sexuality to get things she wants from men. She also has a tendency to get fixated on a man and once this happens nothing will stop her from finding him and kissing him on the mouth. It's the only way to end her obsession apparently. When she sees Eric on tv a new obsession begins.

Their lives collide and though I knew this couldn't possibly end well I kept reading anyway. The author doesn't leave you disappointed but he doesn't do what is expected either.

This was a rather depressing read about two young people suffering from some serious emotional problems. The writing seemed genuine enough and the motivation for both characters was well done but it's not something I'd read again. It was too dreary and too hopeless. 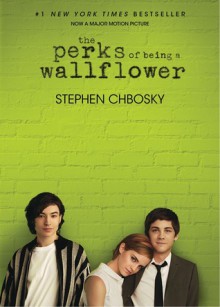 My fifteen year old daughter adores this book. She made me read it and I don’t regret it. I only wish I had found it much earlier in my life. My fifteen year old self would’ve probably adored it too. The adult version of me wanted just a little something more.

I probably spoiled this story for myself by seeing the movie first. I knew the big reveal before I ever read a word and that is a crying shame. For some reason, the movie moved me more than the book and I feel that this was due in part to the one sided narration and probably in part to my general black-heartedness. This book is written by Charlie in a series of letters addressed only to a “Dear Friend”. This format didn’t entirely work for me because everyone else became a peripheral character that I never became all that emotionally invested in. They popped into scenes but never truly came to life in the way that Charlie does or, dare I say, the way they did in the movie. Especially Patrick and Sam. Those kids, including the actor who plays Charlie, were amazing in their roles. Read the book first and then see the movie if you missed it during its theatrical run. It is truly something special. Even the trailer has the ability to make me go all weepy.

Now about the book.

Charlie is starting his freshman year of high school with no friends but he has a family who loves him. He’s overly sensitive, intelligent, sweet and nursing the pain of losing his best childhood friend to suicide. He is awkward and a wallflower and when a teacher he admires tells him that he needs to participate in life he tries his best to take that advice to heart. He is befriended by Patrick, an older outgoing boy, and his beautiful step-sister Sam whom Charlie secretly loves but she’s dating a guy who is all wrong for her. They all have their issues and make mistakes as they’re finding themselves. Just like most teenagers. It all felt very real, with a note of sadness looming overhead, and I can completely understand why it is so beloved by many. Still, it didn’t floor me emotionally the way I thought it might because of the way the story was told. I was hoping for an unforgettable five star read but this didn’t quite get there.