Log in with Facebook
or
Wrong email address or username
Sign up
Already on BookLikes? Log in!
Incorrect verification code
Please, check your email, the code to access your BookLikes blog was sent to you already.
Enter code:
« Back Send
back to top
Search tags: Becket This audio version is good, even though it seems as if Beckett has a lisp. 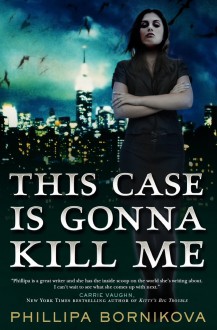 I marked this book to read but something always seemed to get in the way then last week it popped out from the TBR pile and I finally read it. Glad I did.

Linnet Ellery is a recent law school graduate who has managed to land a job at a "White-Fang" law firm though she suspects that the friendship between her vampire foster father and a senior partner is the only reason she got the job. True, but Linnet earnest and rather fumbling is by chance and luck a little more than the vampire law believed her to be. One of the things I liked best about Linnet was the fact that her job was front and center in the plot so many heroines seem to have a job that falls by the wayside as they go off adventuring but not here.

When the lawyer Linnet is working with is killed by a homicidal werewolf, Linnet narrowly escapes the same fate. When Linnet is assigned his one and only case, a case that has dragged on for years, she realizes that somewhere in the mountain of paperwork is the reason for his death- and hers too if she can't find it. Enlisting the help of the Fae investigator the firm uses Linnet sets out to find the truth.

Bornikova  has created a normal young woman who has worked had to please both her father and her vampire foster father, both of them seriously underestimate and undervalue her. She misjudges the intentions of a younger vampire in the firm and when she realizes it she has enough spine and anger, both at him and herself, to publicly call him out for his actions.  She has a love of horses and is an accomplished rider. She also has the most amazing luck when it comes to surviving werewolf attacks.

Normally I would be irritated by Bornikova's sly hints that Linnet is not what she seems or thinks she is but I was so happy to encountered a heroine that worried about the rent, had a family, wasn't the chosen one, had no mad ninja skillz, had normal friends, and wasn't the girl all men wanted that I hope she leaves Linnet pretty much just as she is and doesn't clutter her up with some sort of paranormal talent.

Not a perfect book but if you are like me and long for a main character who is pretty much like a normal person then maybe this book is for you. 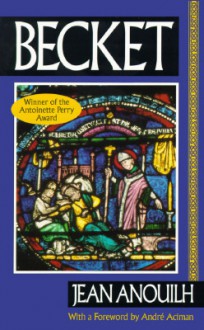 If you have never seen Becket, the movie, with Peter O'Toole and Richard Burton, you must. It's based on this play by Jean Anouilh that I had never read. I ran across the LA Theaterworks production on Audible and gave it a try. Wonderful production and play. My only complaint is that it was sometimes difficult to distinguish the voices to determine who was speaking. If you can, get a copy of the printed play to read along with the audio.

I won't bother with any kind of plot summary. Everyone knows (or should know) the story of Henry II and his stormy relationship with Thomas Becket. It has ethnic and religious conflict; dispute that remain unsettled to this day.

Another great movie related to Henry II is Lion in Winter, also with Peter O'Toole. Get both of them. You will not be disappointed.

A little diligence on Todd Barselow, the man behind the petition Anne Rice signed.  Have some coffee ready.

Revisit November 2013 to compliment this section within The Plantagenets: The Warrior Kings and Queens Who Made England

IMDB blurb: An English king comes to terms with his affection for his close friend and confidant, who finds his true honor by observing God's divine will rather than the king's.

"What miserable drones and traitors have I nurtured and promoted in my household who let their lord be treated with such shameful contempt by a low-born clerk!" (this is often, incorrectly, rendered as 'will no one rid me of this troublesome priest?)

From wiki: This play contains many historical inaccuracies, which the author acknowledged.

Doesn't stop my enjoyment of this great play.