Log in with Facebook
or
Wrong email address or username
Sign up
Already on BookLikes? Log in!
Incorrect verification code
Please, check your email, the code to access your BookLikes blog was sent to you already.
Enter code:
« Back Send
back to top
Search tags: Blood-of-Eden- 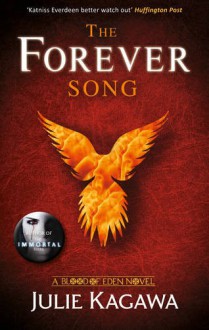 "Oh, isn't that sweet" came Jackal's loud, mocking voice. "Let's make goo-goo eyes at each other in the middle of a stinking corpse field, how very romantic."
Like Reblog Comment 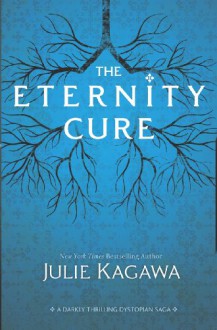 You will always be a monster. There is no turning back from it. But what kind of monster you become is entirely up to you.
Like Reblog Comment 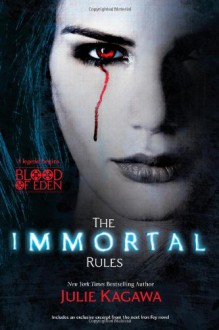 Description/Synopsis: To survive in a ruined world, she must embrace the darkness

Allison Sekemoto survives in the Fringe, the outermost circle of a walled-in city. By day, she and her crew scavenge for food. By night, any one of them could be eaten. Some days, all that drives Allie is her hatred of them—the vampires who keep humans as blood cattle. Until the night Allie herself dies and becomes one of the monsters.

Forced to flee her city, Allie must pass for human as she joins a ragged group of pilgrims seeking a legend—a place that might have a cure for the disease that killed off most of civilization and created the rabids, the bloodthirsty creatures who threaten human and vampire alike. And soon Allie will have to decide what, and who, is worth dying for again.

WARNING - SPOILERS MAY ENSUE BEYOND THIS POINT - REVIEW BELOW

I ADORE this book. I know, I know, everyone wants to whine about how vampire books are overdone, but I really don't care. I love vampires - and this isn't a vampire tale like any other. The vampires in The Immortal Rules are ruthless, savage, sometimes even rabid, beasts. There's no seductive, sparkly vampires here. In fact, the closest we come to a "nice" vampire is the main character, and even she'll admit that you should never trust a vampire.

I really liked Allie ... and well... all the characters. They each had distinct personalities and depth to their characters. I even liked the villains.. and usually I don't. I think my favorite part of this book though, was Allie's struggle with humanity. She came from a background where even the humans were barely human and had to decide to become the one thing she hated more than anything - a vampire. Even up until the very end though, she struggled to maintain her humanity, not just in the "I'm going to show compassion" way we normally see... no, Allie took the more complicated route.. She still didn't trust people or vampires, but she did her best, struggling with her nature, and the nature of those around her in order to protect what little humanity she could still find in the world. I came away from this story with a great respect for this tragic individual who was willing to sacrifice everything in order to save just a handful of humans even though she knew in the end she'd have to leave them. Allie may be one of my favorite book heroine's. She was naive at times and often made bad decisions, but she wasn't a whiny, helpless heroine. She sucked it up when it mattered and did her best to atone for the mistakes she made. The girl had guts.

I also really appreciated Zeke. It would have been so easy for him to become a character much like Stick -  a helpless, naive human that depended on others. Instead, despite his horrific situation in the group (I hate you Jeb - in a loving way.), he tried his best to see the good in the world and help every person he could - even when it turned out the people he trusted betrayed him. Despite his deep-seated hatred of vampires, he struggled to hold on to that hope, and eventually was able to see Allie for what she was : Just a girl that made a hard choice and struggled to be what everyone said she couldn't be... a vampire that retained some semblance of humanity.

I thought the ending was perfect.

I think it would have been too nicely wrapped up if Allie had stayed with Zeke and the group, instead she went back out into the fray, intent on continuing her journey and paying back the kindness shown to her. It was tragic to watch her walk out of the gates of Eden and turn her back on the group that had become in a way, family to her, but I was cheering her on as she did it.

I feel incredibly blessed to have been given a chance to read the sequel on NetGalley directly after this one, and I can't wait to get started! 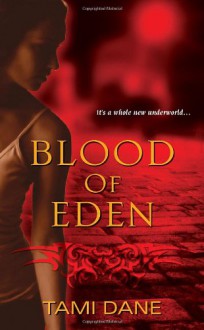 The rear cover blurb for Blood of Eden sounds promising; genius Sloan Skye gets an intern job with the new paranormal unit of the FBI. Unfortunately the reality of this book is a confusing mess. Working to catch a killer, Sloan's role as an intern places her in highly improbable situations; acting as bait for the killer, going off alone to investigate. Not only is Sloan kind of whiny and annoying, she has a distracting romance with one of the FBI agents. The romance fails to ring true, he's an older man and an agent, she's supposedly much younger and an intern.
I confess I had to stop reading at the half way point. The story just got too bizzarre, and Sloan really failed to engage me as a heroine I gave the slightest damn about. I skipped to the final chapter hoping that it might provide me with enough incentive to go back to where I stopped and try to read the book again. Let's just say the final chapter is such a convoluted mess that I'm surprised any editor let it go to print. What a terrible book. Is there a rating less than one star? If so I give this a point 5 of a star. If you decide to buy this book I suggest you stand in the bookshop and read the first three chapters. If you decide to purchase it than do so at your own risk.
Like Reblog Comment

I haven't done Top Five Wednesday in a coooool minute. Nor have I been active on this website either-save that discussion for another day. Computer issues aside, I'm finally back to doing T5W and if you didn't know T5W was created by gingerreadslainey and every Wednesday there's a topic in which we choose our top 5 to it. If you want to join, check out the discussion page!

This T5W's discussion is futuristic books. I actually had a hard time choosing five books because most futuristic books are dystopian or scifi and I don't gravitate towards that genre. I was able to come up with four books I have read and one I really want to start soon. That counts right?

If we can just pretend that Mockingjay never happened, these two books were actually really good. Really good. The Hunger Games itself is such a different book and such a unique series with so much action that was written so well. These two were so gripping that I really could not put them down. These two were so good but then the movies and the last book happened. Even then, the hype that surrounds this series is understandable.

4) Legend (and Prodigy) by Marie Lu

I've talked about Legend before (and will talk about Prodigy soon) so I won't say much but omgg this is one of my favorite dystopian series of all time-despite me knowing the ending of the series. I don't even care. The way Marie Lu built the world and the actual plot of this series is so good. And that damn plot twist. This series gives me the feels.

So Cinder is my favorite book out of the three that are out and she is my favorite character, but even with that, these books are great. The adventure is great, the characters are adorable. I've reread Cinder twice already and it gets better with each read.

The only vampire book I like. 'Nuff said. Granted I read this book when it first came out and I plan on rereading it this month because I haven't read the last book yet.

This is the book I have not read yet but I plan on reading it this month. I kind of have been on a Cassandra Rose Clarke reading binge so... I know this is about robots and apparently it's a tear jerker. I haven't read many books that have made me cry but I think this one will.

Anyway, there you go for this week's T5W even though it's not technically one haha. Thanks for reading!