Log in with Facebook
or
Wrong email address or username
Sign up
Already on BookLikes? Log in!
Incorrect verification code
Please, check your email, the code to access your BookLikes blog was sent to you already.
Enter code:
« Back Send
back to top
Search tags: Carlos-Ruiz-Zaf��n 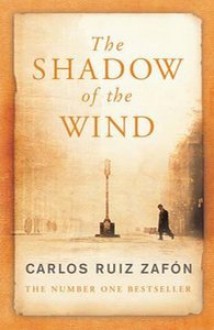 Shadow of the Wind. I’ve puzzled over this title. Technically, a wind would not have a shadow. Or, maybe, it does; but we need a sixth sense to see it. If so, this title is the best anyone could give this novel, although I must confess, I did not feel that way until I got almost towards the end of the book, 358 pages later, to be precise. I found my initially strong interest waning and actually nearly lost about 300 pages into the book. I put it aside and wondered if I’d pick it up again. 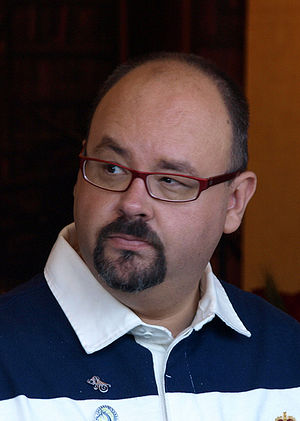 But, there was something about the beginning of the novel by Carlos Ruis Zafon that intrigued me. It hints at a mystery. But more than that, the novel is multi-layered, from the story within a story to the layers of subtext about life, about people, and about books of fiction and our relationship to them.

So, I picked it up again. I am glad I did. This novel reminded me once more of the ways in which fiction could be great. And why I read it. This is one of the best I have come across in a long time and yet, I cannot necessarily explain why. Greatness is probably impossible to understand and explain, anyway. If I read it a second time, I’m likely to find something in it I did not see before; or I might interpret the book differently.

One could see Gothic elements in the story, both in its plotlines—mystery, menace, obsessive romance—and, occasionally, in the style of narration. But, even in its translation to English (from Spanish), that sprinkling of Gothic seems to be thoroughly appropriate to the tale that is told. And it is told, not shown: You do not get a narrative of events as they unfold. What you get are recollections by people the narrator seeks out in his search for truth. This method served me quite well, at first, but it became increasingly frustrating to the point where I found myself reluctant to go back to it after setting it aside for the night.

My estrangement from the book lasted for some time. And yet, when I finally did finish reading it, I was awed by how engaging and masterfully written this book was.

The story within the story spans several decades from circa 1919 to 1955 and emerges from the quest of the narrator who, as a boy of ten immediately after the second world war, is allowed to choose one, and only one, book from a place called Cemetery of Forgotten Books. He selects Shadow of the Wind by Julian Carax, an unknown author. The choice is not at all fortuitous, as it will turn out. The book so intrigues the boy that he wants to find more books by the same author and, of course, to learn as much as he could about him. (Strikes a chord?) Here is, in fact, where the book begins as a story within a story.

This obsession by the youthful narrator continues into adulthood to about ten years later when most of the puzzles he comes across in his quest are understood, if not tied together. The enlightenment begins on page 359 (print copy) with the telling shifted to a female character who knew Julian intimately.

Impatient souls might balk at having to wade through so many pages first before the truly exciting part but this is where you begin to feel, in your bones, the greatness in this book. And you might find yourself eagerly devouring the remaining 150-some pages.

At the Summit of Tibidaboo

You also realize why the first 358 pages are important. They present the characters in the story (about Julian) within the story (the quest) of the narrator. Not only are these characters useful devices for the telling, they also work up your anticipation for the remainder of Julian’s tale. But probably more than those reasons, you see the ravages of time on these characters—ravages that, in one form or another, descend upon all of us, if we live long enough. Thus you see: This story within a story is ultimately about time, about how each person’s life spins across it; how events beyond our control can propel lives forward into a miserable existence; how time wreaks its havoc and memories are all we’re left of past time. In those dark wet days in Barcelona, in the shadow of fascism, a civil war, and a world war, misery visits nearly everyone; and time is unkind to them.

But this is also a story of hope. Hope that infuses three love stories: Obsessive and tragic between Julian and his Penelope (allusions to Penelope in Homer’s Odyssey?); fresh and audacious between the young narrator and his Beatriz (allusions, perhaps, to Dante’s Beatrice?); and mystical and poignant between the author Julian and the narrator.

The last connection is the type that occurs between kindred spirits and reveals itself fully to the narrator only towards the end. It invites interpretations of reincarnation; or, maybe, it merely alludes to cycles of life repeated across time.  As repeated in the story of the narrator, so like Julian’s.  As it may be when  the narrator’s story comes to a full turn and he takes his son to the Cemetery of Forgotten Books.

The novel ends in a phrase, by now full of meaning: “their steps lost forever in the shadow of the wind.” 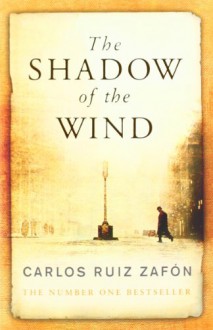 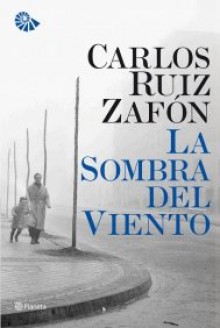 In The Shadow of the Wind Carlos Ruiz Zafón interweaves the threads of different stories into an intricate pattern forming the whole of the novel. Several plots are running side by side or one within the other, but they are all well balanced and the story gowes smoothly despite all.

The story revolving around Daniel Sempere and his search for traces of the writer Julián Carax is set in Barcelona. It starts in summer 1945. His father, the owner of a little bookshop, takes the ten-year-old to the Cemetery of Forgotten Books, a secret place in the old town to which only the initiated have access. There the boy is allowed to take one book from the shelves under the condition that he promises to be its guardian for the rest of his life. He picks a volume with a handsome binding that shows the name Julián Carax and the title The Shadow of the Wind inscribed on its cover. Of course, Daniel begins to read the book as soon as he is back at home in his room above the bookshop. The novel engrosses the boy and he spends the whole night reading it until the end. Then he searches for other books of the writer, but only encounters mystery because Julián Carax and his books seem to have disappeared without trace. After his initial enthusiasm Daniel slowly forgets about the book.

Years later a mysterious man smelling of burnt paper is after Daniel and claims the book from him. This is the starting point of a new quest that reveals the tragic history of Julián Carax, his love and his writings. Daniel is drawn dangerously deep into the life of the author, but along the way he grows up, makes friends with a former political prisoner of the Franco regime and meets his love Bea.

For the full review please click here to go to my blog Edith's Miscellany!