Log in with Facebook
or
Wrong email address or username
Sign up
Already on BookLikes? Log in!
Incorrect verification code
Please, check your email, the code to access your BookLikes blog was sent to you already.
Enter code:
« Back Send
back to top
Search tags: Children 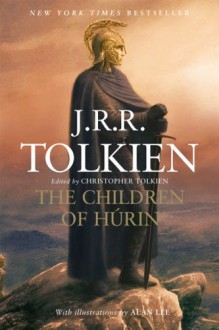 TITLE:  The Children of Húrin

"The Tale of The Children of Húrin (Narn i Chîn Húrin), is set during the legendary time before The Lord of the Rings

Morgoth, the first Dark Lord, dwells in the vast fortress of Angband in the North; and within the shadow of the fear of Angband, and the war waged by Morgoth against the Elves, the fates of Túrin and his sister Niënor will be tragically entwined.
Their brief and passionate lives are dominated by the elemental hatred that Morgoth bears them as the children of Húrin, the man who dared to defy him to his face. Against them Morgoth sends his most formidable servant, Glaurung, a powerful spirit in the form of a huge wingless dragon of fire, in an attempt to fulfil the curse of Morgoth and destroy the children of Húrin."

This is a more complete (more or less) narrative tale of the Children of Hurin from what is found in the Silmarillion, and includes text from Unfinished Tales.  The writing is delightful as always.  Dragons, orcs, elves, dwarves, a grumpy sword, hidden cities, curses, messed up family dynamics and mayhem.  Some one really should have had a little to chat to Turin about his temper.

The illustrations by Alan Lee were a nice bonus. 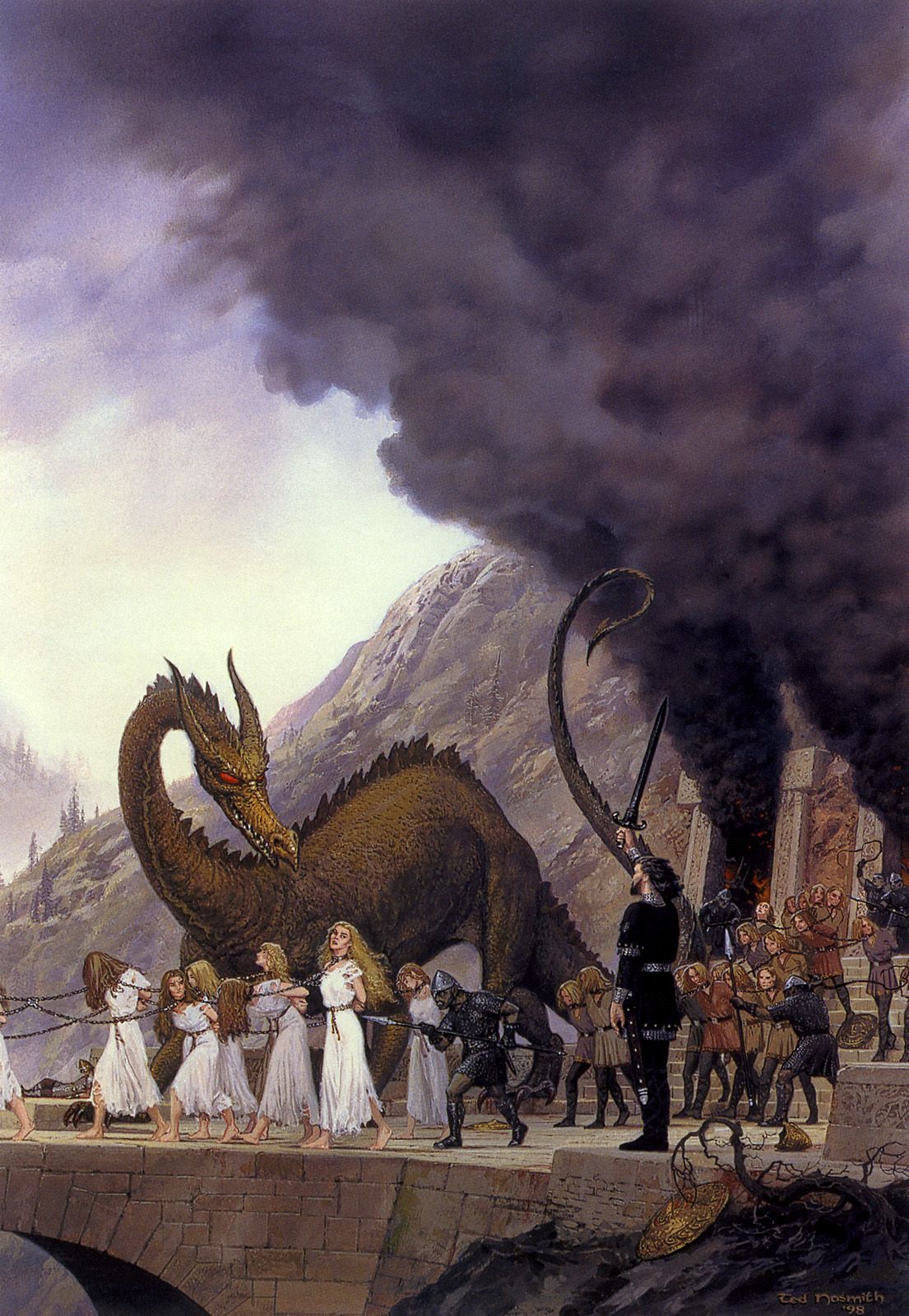 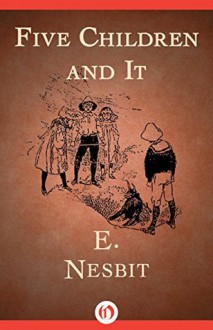 It would have been of little interest to me as a child, but this was published in 1902, which means it predates the superficially similar "The Lion, the Witch and the Wardrobe" (parentless children having supernatural adventures in a country-house setting) by several decades. That association is the most likely to have occurred to me (had I been a literary critic of a child), along with the very recognizable pattern of Aladdin's lamp wishes, always having unexpected outcomes.

Though the story is told in quite a jocular tone, the wishes at times look like taking a really serious turn for the awful, though of course nothing horrible ever actually happens to this charmingly naive and well-characterized family of two girls and two boys (plus baby), each with his or her own strengths and fears. (Of course, there is tremendous gender stereotyping, but it's a 1902 book, after all). I vaguely remember being quite fond of this story as a child, but preferring its sequel, "The Phoenix and the Carpet", which I probably should make a point of re-reading (to discover why I preferred it). Re-reading Five Children and It half a century later, most of it was still full of harmless chuckles, the most difficult parts being the two episodes featuring gypsies and Red Indians respectively, since one is painfully aware of the harmful stereotypes being perpetrated through these fictional tropes. The blow is softened a little by the fact that the children routinely get the details of the stereotypes muddled up in daft ways (as indeed they do with the other major "romance setting" adventure, being in a besieged castle). Nesbit has great fun with this last, pointing out that the besieging army's accoutrements are drawn from at least seven or eight different centuries of history, as per the imagination of the illustrators' of historical and children's novels. (This is the kind of humorous passage that would have flown right over my head as a child, but would have amused an adult reading to a child). One gets the sense that she is also poking fun at the incompleteness and inaccuracy of the children's perceptions of gypsies and Red Indians, drawn as they would be merely from children's literature; in other words, we are not to take these manifestations seriously at all, any more than we take the Psammead's peculiar version of Stone Age archaeology seriously. Still, these days we cannot but be sensitive to racialized tropes.

I don't know how accurate Nesbit's depiction of children's behaviour in 1902 could be deemed to be (they seem pretty recognizable to me, though shockingly well-spoken), but she certainly has a feel for childhood logic and for the way children bravely supply the gaps in their information with anything they have overheard (however imperfectly) from the adult world. I wish I had had an illustrated edition of this to read, instead of the mere text in my Kindle. It would have taken me even further back into a happy place and time where wishes were possible, even though they might have a tendency to go badly wrong and need to be reversed at sunset. 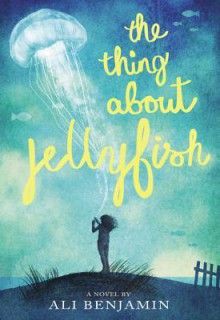 TITLE:  The Thing About Jellyfish

"After her best friend dies in a drowning accident, Suzy is convinced that the true cause of the tragedy must have been a rare jellyfish sting--things don't just happen for no reason. Retreating into a silent world of imagination, she crafts a plan to prove her theory--even if it means traveling the globe, alone. Suzy's achingly heartfelt journey explores life, death, the astonishing wonder of the universe...and the potential for love and hope right next door."

A well-written but sad book about loss and growing up, with a plethora of interesting facts about jellyfish. 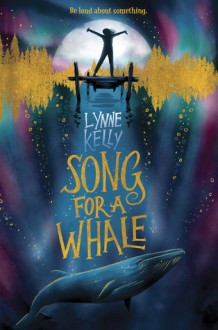 A beautifully written book about a determined, deaf, 12-year old, her relationship with deaf and hearing friends/relatives/teachers etc and her "relationship" with a whale that doesn't sing right. I love the grandma in this story!
children-s-books
Like Reblog Comment
show activity (+) 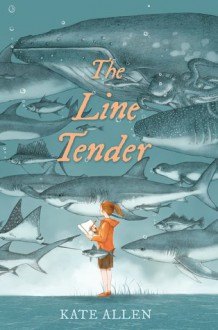 "The Line Tender is the story of Lucy, the daughter of a marine biologist and a rescue diver, and the summer that changes her life. If she ever wants to lift the cloud of grief over her family and community, she must complete the research her late mother began. She must follow the sharks.

Wherever the sharks led, Lucy Everhart’s marine-biologist mother was sure to follow. In fact, she was on a boat far off the coast of Massachusetts, preparing to swim with a Great White, when she died suddenly. Lucy was eight. Since then Lucy and her father have done OK—thanks in large part to her best friend, Fred, and a few close friends and neighbors. But June of her twelfth summer brings more than the end of school and a heat wave to sleepy Rockport. On one steamy day, the tide brings a Great White—and then another tragedy, cutting short a friendship everyone insists was “meaningful” but no one can tell Lucy what it all meant. To survive the fresh wave of grief, Lucy must grab the line that connects her depressed father, a stubborn fisherman, and a curious old widower to her mother’s unfinished research. If Lucy can find a way to help this unlikely quartet follow the sharks her mother loved, she’ll finally be able to look beyond what she’s lost and toward what’s left to be discovered."

This book is targeted at 10-13 year olds, but I think adults can enjoy it too.  The writing is lovely and the story poignant, sad and hopeful.  The shark sketches throughout the book were beautiful too.  This is a kid's book so I can't complain too much about all the adults accommodating every impulsive whim of the child narrator. ;)  Or maybe the adults in this book are just really kind.  I like that the book was set in the 1990s - no-one was glued to a cell phone or TV, the kids were mostly "free range" and the atmosphere was relaxed.  There are some really fascinating facts about sharks and shark tracking that highlight the need for shark conservation without being heavy handed and preachy about it.  Ultimately the book is about loss and coping with that loss.