Log in with Facebook
or
Wrong email address or username
Sign up
Already on BookLikes? Log in!
Incorrect verification code
Please, check your email, the code to access your BookLikes blog was sent to you already.
Enter code:
« Back Send
back to top
Search tags: Chris-Warner

review SPOILER ALERT! 2020-01-15 17:10
Taking different directions with the stories in the Original Trilogy 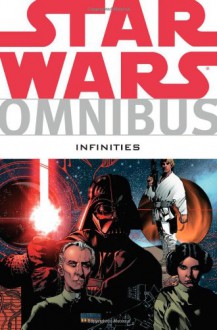 Alternate history ranks among the more robust genres in science fiction, as authors frequently explore the consequences of what might have happened had historical events taken a different turn. Far less common, however, are what might be termed alternate stories: other takes on notable fictional works. While both Marvel and DC have explored the possibilities in such storytelling (in their "What If" and "Elseworlds" titles respectively), for the most part it's a form little seen outside of comic books. Thus, for Dark Horse Publishing to undertake alternate storytelling of the famous "Original Trilogy" of Star Wars movies marks something of a novelty. In three separate limited-series comics (brought together here in a single omnibus volume) their writers and artists envision what might have happened had events in some of the most famous movies in history had taken a slightly different turn.

The first of these comics builds upon the events of the fourth film, A New Hope. In it, the proton torpedoes Luke Skywalker fires into the exhaust vent only damage rather than destroy the Death Star. With the Rebel base on Yavin-4 destroyed and Princess Leia recaptured by Darth Vader, Luke travels to Dagobah to begin his training with Yoda. This sets up an interesting dynamic, with Vader attempting to turn Leia to the Dark Side while Luke more readily embraces his training to become a Jedi. Yet the ending leaves something to be desired, with the resolution just a little too pat for my tastes.

In the second of these tales, the focus is on the events and the characters featured in The Empire Strikes Back. Here the divergence is a small event with enormous consequences, with Han Solo's tauntaun dying before he can locate Luke in Hoth's frigid wastes. Luke's own subsequent death from exposure because of this sets of a new chain of events, with Han, Leia, and Chewbacca fleeing directly to Bespin before going to Dagobah themselves. This was by far my favorite of the three, both for Dave Land's story (which is inventive while remaining true to the elements of the movie) and for how he develops Leia as a Jedi, which allows him to explore the possibilities of what is by far the most disappointingly unexplored aspect of the entire Star Wars franchise.

It would be hard to top Land's story, and the final comic, which is based on Return of the Jedi, emulates the film in the franchise by falling short of its predecessor's high standard. In this story, the team's failure to rescue Han Solo from Jabba the Hutt's fortress forces Luke and Leia to continue their search for his carbonized body. While this alters events somewhat, the story's divergence is considerably less than that of the two previous ones, with the final events for the most part playing out as they did in the movie. Though the ending is interesting, it's something of a letdown after the more creative explorations in the first two series, even if it does end up fitting in with the pattern of the original trilogy of films. 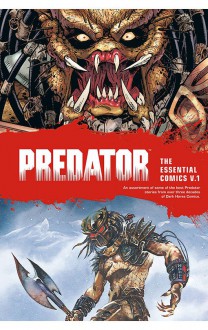 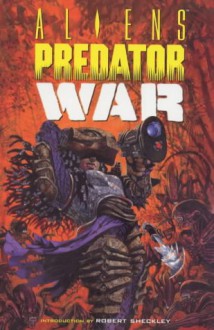 I was happy to get back to the Perry's. But this book was a total letdown. The first 50 pages were a rehash of a flashback scene from the second book, but details were changed to completely distort the outlook. Several plot points were changed which made the second book pretty much impossible. It makes me wonder if this book is supposed to be canon or not. It also doesn't make any sense to me why you write 2 books in chronological order then go back and write a book that falls in the middle but is full of continuity issues. I don't get it. At least Noguchi was still a bad ass.

Why are we just rehashing the Naguchi story from the last book? This is not what I was looking forward to. The last two books had so much awesome momentum and this one is just like a screeching halt into a brick wall so far.

I'm also cranky as fuck because I had a root canal today. It didn't hurt, but now my TMJ is all angry and I have sore spots where I was given shots. At least now I can eat and drink without shooting pain.

This is what if Star Wars.  There are three stories in this omnibus - for New Hope, Empire, and Jedi.  The weakest for me is New Hope, mostly because I doubt that Leia would have given into anger.  I'm sorry.  Look, Luke whines quite a bit and then when things get tough, runs off to some planet.  But Leia puts her nose to the grind stone.  Yes, I know the movies want us to see Leia largely though the lense of Luke and Han (she, who lost her whole world and family, comforts Luke because of Kenobi's death.  She didn't know about his aunt and uncle then).  Honesty, if I wanted one of the Skywalker kids as a Jedi, she's the one you pick.

In fact, all three make note of the idea of everyone fixating on the Skywalker son as opposed to Leia.