Log in with Facebook
or
Wrong email address or username
Sign up
Already on BookLikes? Log in!
Incorrect verification code
Please, check your email, the code to access your BookLikes blog was sent to you already.
Enter code:
« Back Send
back to top
Search tags: Danse-Macabre 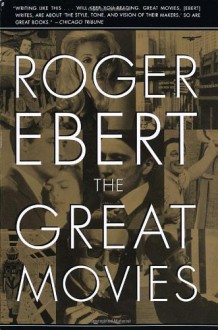 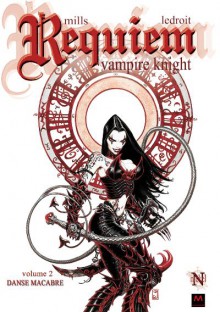 The plot is still a bit so so but I enjoyed the artwork more in this one. Some of the panels are amazing looking but at times it definitely feels like style over substance.

King is a very personable author, one of those few who "talk" like they write, and can charm and engage you without the use of a plot. For me, this volume amounted to an entertaining book long list of things I want to read and see with flashes of insight an a lot of summaries. Not so great, but something I'll come back for reference. My tbr pile is weeping under the added weight.
nonfiction Nostalgic i-laughed-with-it
Like Reblog Comment
show activity (+)

Let me just add that I made a grave mistake concerning Robot Monster (and Ro-Man can be seen, in a mad sort of way, as the forerunner of the evil Cylons in Battlestar Galactica) about ten years ago. It came on the Saturday night Creature Feature, and I prepared for the occasion by smoking some pretty good reefer. I don't smoke dope often, because when stoned everything strikes me funny. That night I almost laughed myself into a hernia.

So... how much stink did this book get for that paragraph? So, Tigus got me into this Deadshot/Suicide Squad/Secret Six kick.   I've been following their reviews for a while now and I got hooked on a couple.   They also read more DC than I do, and I've been getting interested.   (In a lot more than that, but I've been on a graphic novel kick for a while, and so I ended up getting hooked on some of the comic characters to be honest.)

So, I've been giving thanks.  I'm enjoying Deadshot and the series he's been in a lot moire than I would have suspected when I started.   This is post something horrible Amanda Waller did.   And I know, people might be thinking, 'but that's like almost everything she does!'   She did something horrible to Deadshot, and now he's mad.   He left the Suicide Squad and Amanda, in her own words, wants him and only him.   Even though Bane has a bomb in his head, too, she doesn't really care about that.

This loses something reading out of order: I don't really understand what kind of messed up daddy/daughter thing is going on between Scandal and Bane.  I suspect when I do know, I'll pretty much be at the same place I am here: ew!    I don't know quite why Deadshot is so pissed off at Waller.  Unlike some series, though, where it's impossible to enjoy a later volume in the series, Gail Simone does not punish readers for joining in when they want.   There's nothing to tell you what previously happened, but I never felt so out of the loop that I couldn't follow along or enjoy what happened.

There were two shorter stories, and one longer one.  Control was a true one-shot: it's all about Deadshot and his recent loss of control.   It's creepiness sneaks up on you the first page and doesn't let up until the end.   The humor is morbid, but, well, it's Deadshot.   His humor is always a little bit morbid.   It all adds to the creepy feeling to this story.   There's a lot that adds to his character, and it's unsurprising to me that he doesn't see what's so obvious to others about himself.   It's hard to face up to truths about yourself, and Floyd fails to see it, and is very level about it when he comes to accept these things.  It's all in character, and all intrigues me all the more with his character.

The second story is The Rabbit and The Grave, and is about a pedophile and the father who hires the Secret Six to get him time alone with said pedophile.   This felt weird, because Floyd doesn't say anything about his son, or react.   He laughs at a joke about getting any food but veal after that whole situation.   But again, this is intriguing to me: has he buried that trauma so deeply it doesn't affect him?   Is he just acting to keep up the calm persona he's created?

Why does no one else say anything about Eddie?  Even a comment about how he'd be eager to get this done would give an indication.   Instead there was no hint.   Seeing as there was enough in the first story about Eddie to make this seem really awkward coming right after, I was a bit confused.   Still, this story seemed more a way to introduce Black Alice, and as her introduction it worked.   The comments Catman made were on point, and Deadshot's lack of reaction was very telling.   (And seemed more natural than his seeming obliviousness in the calmness during the first story.)

Danse Macabre was the final story, the longest, and had more subplots.   First of all, Waller comes back to try and reclaim Deadshot for the Suicide Squad.   There's also a lot about how the Secret Six aren't about being under anyone's control and how that separates them from the Suicide Squad.   In addition, while the Suicide Squad are fighting the Secret Six, the dead start rising.   Some of them people that Deadshot thinks he killed, and at the second body that's risen after getting one of his bullets, he comments that he might just get a complex.  I snorted out loud.

So basically, this was full of action ad humor and character building, with a few minor flaws.   The art was okay, but not my favorite, but I must admit to loving this cover.  A couple minor flaws that didn't really end up marring this brilliant graphic novel.  I'm moving onto more Secret Six, although I'll probably fall asleep before I finish the next volume.