Log in with Facebook
or
Wrong email address or username
Sign up
Already on BookLikes? Log in!
Incorrect verification code
Please, check your email, the code to access your BookLikes blog was sent to you already.
Enter code:
« Back Send
back to top
Search tags: Dead-Silent Dead Silent continues the story of Calladine and Bayliss through another gruesome case. As this series is shaping up to be a full series of rather short-but-enjoyable police procedurals, I couldn't help but wonder whether the focus was not a little too much on the personal lives of the main characters.

Both their personal lives are rather a mess, and Calladine has a lot of problems with his cousin also. The case was interested and kept me reading, but it never really stood out.

Students are going missing from the north west of England. They are found murdered - horribly. This one nasty individual who has to be caught and fast. Another crime for Tom and Ruth to solve. The plot moves very quickly and draws you in from the first page. The author has given us a thrilling ride as we travel along with her in this great book. Already looking forward to the next one!  Thanks to the publisher for the ARC. 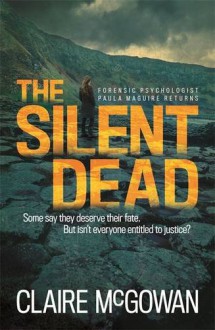 Absolutely blooming brilliant. Full review to follow. Possibly VERY soon if I can't stop myself but possibly nearer publication. I WOULD say if you havent started this series yet then you should because it really is top notch. And hey you've got time to catch up before this one arrives :) Disclosure: I received an ARC of this book from Net Galley.

Dang. I am sorry to have to give this book such a low rating. It started out really well - very promising. It's a YA mystery, which is a genre that is under-published in my opinion. It is pretty rare for me to find a standard mystery that is YA that isn't an old school series or that isn't paranormal.

So, I was pretty excited about getting this. Plus, it's set in Cambridge. Which is by definition awesome, since I am a secret (well, it's no longer a secret) anglophile. I was expecting something like Oxford Blues crossed with a modern, British Nancy Drew. Anyway, I liked the first half of the book. I liked Poppy, I liked her boyfriend Michael, the story was clipping along, the murder was interesting, Cambridge was snowy and wonderful and then, all of the sudden, it completely collapsed in a mishmash of weird paranormal stuff that I didn't actually see coming, Poppy behaving like an idiot, and what certainly felt like a deterioration in the writing style.

I don't mind paranormal. But the book blurb for this book didn't say anything about paranormal, or mediums, or seances or communications from ghosts. When I read a murder mystery, I expect the mystery to be solved by traditional means - quick wits, logic, puzzling it out, whatever. I do not expect the solution to be delivered through some bizarre ghostly channeling unless I am given notice up front that the MC has supernatural abilities.

So, this was ... disappointing. short story1907spring 20123 M'stbr bustingebookGutenberg4 ratings Opening - HE could endure the quiet waiting in the carriage no longer; it was easier to get out and walk up and down. It was now dark; the few scattered lamps in the narrow side street quivered uneasily in the wind. The rain had stopped, the sidewalks were almost dry, but the rough-paved roadway was still moist, and little pools gleamed here and there.You can tell that Schnitzler was buddy of Freud3*
More posts
Your Dashboard view:
Reviews All Text Photo Quote Video URL Activities
Liked posts Top Tags
Press About Terms of Services Privacy Policy Contact Us Blog FAQ Patronaty medialne BookLikes for Authors Partners panel more...
Team Themes Docs API Blogs
Copyright © 2020 BookLikes