A whole lot of fun, an equal amount of creepy, and a pinch of wtf is going on here.

I'd never enjoyed reading a play, after having already seen it, as much as I enjoyed this one, and that's saying something because I don't usually read plays unless they're assigned reading.

Highly recommended for people who like metafiction and mind games, as this is a story within a story pretending to be an imitation of a play for the purpose of carrying out the perfect murder. You'll never guess who dies, who really dies, who's behind it all, or why. Well, unless you've seen the play or read a couple of the reviews on the book page. Seriously, people, there's a spoiler html script for a reason.

So, yeah, give this one a try. Hard copies might be hard to find, but I'm sure your local library has a few that haven't been checked out in years.

If you don't mind spoilers and are in the mood for something funny,

check out this Utah patron's complaint of the play's content (source). She had no idea she'd be subjected to such "debauchery." Well... that's what you get for skimming on doing background research...

The subject matter being contested is: the two male leads share a quick intimate scene and maybe a brief kiss, which all depends on the staging and directions of each performance. In this one particular performance, the director chose to include the kiss, but judging by this patron's letter, you might be led to believe that there might have been full frontal nudity on the stage that night.

I'm not sure why this is billed as purely a Teen Titans book. It's actually a minor crossover between three titles: Teen Titans, Titans (the "classic" Teen Titans in their adult roles), and Vigilante. Now, I knew nothing about Vigilante going in, and as it turns out, I didn't really need to. The character, or at least this version of him, is self-explanatory. And so is the story: Jericho has gone rogue. Again.

And that's all you need to know. Being a crossover, the quality is choppy. I couldn't call any of the writing horrible, though it wasn't exactly exciting. Jericho's plan is overly complicated for what he was intending to do (kill the Titans and Teen Titans) especially when his power set would have made it relatively easy for him to stealth kill the lot of them. Only the last few pages have any real narrative interest. The rest of the book is straightforward, predictable battling with no repurcussions, but the ending is brutally effective.

The art in Vigilante is terrible. Not only does it look bad, it does a very poor job of representing the script. At one point, Vigilante's narration says that he's trying to keep out of Donna Troy's grasp... in the very same panel that shows her throwing him to the floor by the front of his costume. The other two books have decent enough art, but nothing to get excited about.

There's not much point in reading this, unless you're trying to read through Teen Titans or Titans.
Like Reblog Comment One of the things I like doing with roleplaying games is looking at how morally ambiguous many of them are. In a lot of cases they treat the universe with a very black and white mentality and force people into these categories without actually looking at the bigger picture. I guess this is the product of the 80s where the political spectrum was very black and white, with the communists being bad and the capitalists being good. My position is that simply because you are a communist does not mean you are bad, or that you supported the policies of Joseph Stalin, and just because you are a capitalist does not necessarily mean that you are good.

However, this has nothing to do with this game book, well, it does but in a more indirect way. Deathtrap Dungeon was one of my favourite Fighting Fantasy Gamebooks because the concept was quite different to what I was used to with roleplaying games. Many of the games follow the standard plot of a village being tormented by some bad people and the heroes then set off to find and kill those bad people and save the day. This is not the case in Deathtrap Dungeon.

The game is based around a challenge that is held every year when a group of adventurers sign up to attempt to complete a challenge known as the Trial of Champions. Simply put, either you win or you die (much like the Game of Thrones), and to be honest, before you come along, nobody has won, which means that everybody has died (obviously). To make matters worse, only one person can leave the dungeon as a champion, and obviously you want to be that person.

To put it simply this is blood sport; much like that of the Ancient Romans. The more blood that is spilt the more excited the crowd becomes. Granted, back in Rome, gladiators took on the role that our sporting heroes take on today, the only problem was that you would only retain that support as long as you won, namely because if you didn't win, you would die. However there are suggestions that it did not always end in death, and if you were defeated, but not killed, then there was always the possibility that you would live to fight another day.

The problem with Deathtrap Dungeon being a bloodsport in this sense is that the crowd see you enter, but does not know what is happening inside. Obviously there would be gambling rackets on the side, or more likely in the open, and would probably look like this: 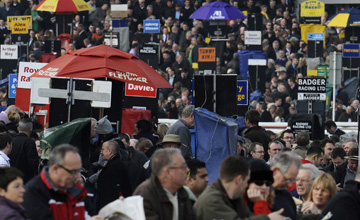 Once again, you would only win if the person you put money on actually comes out from the other side (alive, obviously). Nobody knows what is happening inside the dungeon, which suits the baron because he does not want anybody knowing about the secrets of the dungeon or how to escape.

Livingstone gave a more Asian flavour to this gamebook by giving the name of the region an Asian flavour, however it does not seem that an actual Asian gamebook was released until the Sword of the Samurai. It made creating the world a little more difficult, with an Asian sounding province to the north of the European sounding provinces, but then again this is a game world that was mostly for teenagers and I doubt they really cared.