Log in with Facebook
or
Wrong email address or username
Sign up
Already on BookLikes? Log in!
Incorrect verification code
Please, check your email, the code to access your BookLikes blog was sent to you already.
Enter code:
« Back Send
back to top
Search tags: Ed-Geen 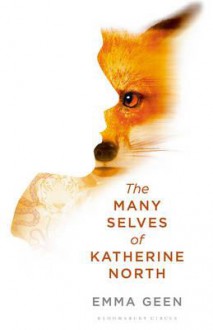 The two-star rating is somewhat misleading and perhaps unfair.  The basic premise of the book is good and interesting.  The basic premise is simple – Katherine’s job is that her consciousness inhabits constructs of animals.  She does this for study.  So, for instance, she wants to study foxes, she inhabits the body of a fox.  Her real body is during this time connected to a basically life support.  Over the course of the novel, secrets about the company she works for are revealed and you get the general idea.

Geen excels at imaging a person’s reaction to have as many limbs as, say, a squid.  When she writes as Katherine adjusting to a different form, the book is really good.  The problem is that when Katherine, Kit, leaves those animals you don’t give damn about her because she isn’t a fully realized character.

Now this could be in part because Geen wants to dwell on the question of real life versus the life of unreal – i.e. inhabiting a body that is really a construct as opposed to your own body.  While sometimes the book does this, it really isn’t done well and Kit really does seem to lack any ability for interception.  This might be because this science fiction book is really a young adult book.  There are good ideas here but nothing really gets examined and it almost feels like there is another story here.  The bits about Katherine’s past are interesting, a tad, but they come so late that you just don’t care.  The romance just feels there.

Yet, I must admit my problem started much earlier and it isn’t just to this book.  It was just a bit really.  Kit is describing the machines that keep her body alive while she is animal surfing, and notes that there is a cup for when women get their period.  She then tells the reader that she hasn’t had a period for years.

Now, later in the book it is revealed that the process of animal surfing does harm the teens (who are best at it), but it is never clear if Kit’s lack of a period is because of this or some other issue. In fact, it is implied that it isn’t a result of animal surfing. She never seems curious about it.  This is strange considering she apparently wrote some really good biology papers so it seems she has some scientific knowledge.  Wouldn’t she wonder?  I mean maybe she has an IUD, but then why mention the period at all.  But Kat is already extra special because no one has animal surfed as long as she has.  She’s the bestest. The lack of bleeding seems connected to this.

And she had her period at one point because she hasn’t had one in a while, in years, which implies she had one.  Wouldn’t she wonder?

Now, look, I don’t except the female characters to tell readers every time they have to pull out a pad or what’s it.  I just presume that’s happening, so when a character tells me information about a period, I pay attention.

And this isn’t the only book where I have seen this.

Why is this even thought about?  Here, it might be an excuse for why Kit can keep working, yet conversations with others in the book indicate that it isn’t simply a biological but also mental reason why people stop animal surfing.

The only answer I am left with is the lack of the period makes the female character more acceptable.  To whom?  I’m not sure.  Perhaps it is wish fulfillment too.  But I don’t think so.  There is something strange and discomfiting about this.  Perhaps it is because there are still societies were women are exiled because they are considered unclear during that time of the month.  Perhaps it is because something natural is being seen as icky – strange in a book where biological animal function is discussed.  But I think it comes down to specialness and pureness.  A girl isn’t a girl unless she is unbloodied.  Now, you can have the girl without the nasty woman bits.

And that frightens me to be honest.  It seems to be saying, you can’t be a woman.  Not really because it is unclear.  Not nice.  Just icky.  Perhaps I’m just an old grouch.  Perhaps I’ve had it with things after hearing about an all-female Lord of the Flies movie, created by two men.

But this rejection just seems so wrong.  Look, I’m not saying she has do a Greer and taste her menstrual blood, hell, I don’t even think the period should really rate a mention unless it has a truly important role – pregnancy, starvation.  What upsets me is the fact that women writers feel it necessary to point out that the female heroines are even more special because they don’t have a period.

The premise of this book, teenage children working as "phenomenauts", researching the reality of being a fox or a whale, or an eagle, by projecting their consciousness into constructed versions of the creatures and experiencing their lives in the wild, is so original, that it took me a long time to see that the book is really about a strong but damaged teenager who is, literally, trying to find herself.

At nineteen, with seven years of working for ShenCorp, jumping into the minds and senses of other creatures behind her, Kit North is the world's most experienced phenomenaut.  She loves what she does. She needs to do it. It is fundamental to her sense of who she is.

Kit does not love ShenCorp and what they want to do with her abilities, The book opens with Kit hiding from ShenCorp in the streets and parks of Bristol, hungry, cold and alone. Most of the rest of the novel is spent flipping between that timeline and the events that led up to it.  This structure mislead me into thinking that the book is a thriller, but it isn't really, it's a personal journey into memory and identity being made by a vulnerable girl at the edge of her ability to hold herself together.

There was a lot to like about this book. The plot is original and well thought through. The descriptions of Kit's experience of being different animals, perceiving the world through their senses, being driven by their urges, having the joy of their ability to fly or swim or sing or hunt, are beautifully done.

The description of the difficulty of "coming home",  of being just human with all those memories of being yourself in other bodies, is subtle and effective.

The novel captures the corrosive anxiety of not knowing if you can depend on your own perceptions, of being unable to be certain of whether you're paranoid or whether you're being hunted, of whether your sense of self is fractured or simply expanded beyond most people's experience.

There are things in the novel that didn't work well for me. The ShenCorp bad guys are thinly drawn and unremittingly bad without any real explanation of why they behave that way.  The pace could have been tighter, especially if I read this with the expectation of it being a thriller. Sometimes the same facility for complex description that made the animal experiences vivid, clogged up the scenes that were there just to move the plot along.

The ending was well done if this is a book about a personal journey but a little anti-climatic if it's meant as a thriller.

This was an enjoyable read with an original premise but it got a little caught between thriller and personal journey, or, at least, my reading got stuck on that.

Loving this book. Really enjoying the time coloring with my teen, gives us some time to spend together in our busy schedules.

Harvard just found three (more) books in their collection that are bound in human skin.  Upshot: the 17th and 18th centuries are bananas. Also, shudder.