Log in with Facebook
or
Wrong email address or username
Sign up
Already on BookLikes? Log in!
Incorrect verification code
Please, check your email, the code to access your BookLikes blog was sent to you already.
Enter code:
« Back Send
back to top
Search tags: Ein-seltsamer-Ort-zum-Sterben 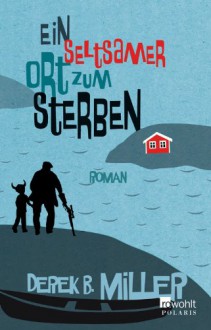 Most reviews I had read before starting this book were kind of negative. I thought this was because the book was often described as a "literary thriller" and that it probably didn't have enough crime/thriller elements for many people. As I really enjoy literary thrillers I decided to give it a chance. There also seemed to be similar structures with The Hundred-Year-Old Man Who Climbed Out of the Window and Disappeared by Jonas Jonasson which I enjoyed very much. Now I have to admit that my assumptions were wrong.
Norwegian by Night isn't the typical thriller. The crime elements only play a minor. There are also some parts which could be called literary. But I often didn't get the author's point. For example I didn't understand why it should be important that the old man is Jewish. In my opinion the end also was unnecessarily brutal.
The book was a quick read with some enjoyable parts. But it really isn't something I'd widely recommend.