Log in with Facebook
or
Wrong email address or username
Sign up
Already on BookLikes? Log in!
Incorrect verification code
Please, check your email, the code to access your BookLikes blog was sent to you already.
Enter code:
« Back Send
back to top
Search tags: Gillian-Flynn 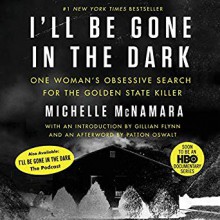 reread thoughts: I still get all the chills reading this.

audible audiobook
*warning this review is written while I have some headcold going on. I can't breathe and can't hear properly. If my review doesn't make sense or doesn't seem thought out really well, blame it on the huge cloud around my head*

This was such a chilling read for so many different reasons.

That case is all kinds of disturbing. BUT it was told in such a great way. Seriously, the writing. (Also, I truly enjoyed the way the audio book was produced).

The last few chapters. Especially the letter towards the end just gave me all the chills.
I also loved the (kinda) discussion part at the end about how much that book helped find the son of a bitch, or if it didn't help at all. That was...interesting.

I HIGHLY recommend this book!!!
Even though I'm super into True Crime, I think that was the first time I actually read a book about it. I have some serious catching up to do. But this one set the bar really high.

<!-- Used for easily cloning the properly namespaced rect -->
ill be gone in the dark michelle mcnamara
Like Reblog Comment 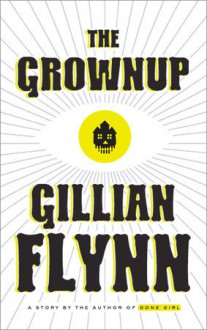 Huh. Well that sure was something. I'm not sure what, precisely, but something for sure. This is really a short story packaged as a novella. There's not a lot of meat on these bones, but what is there is interesting. The voice is strong and the language evocative. This one is best experienced rather than described. Just a nibble of a book, but one I will likely remember farther down the road. 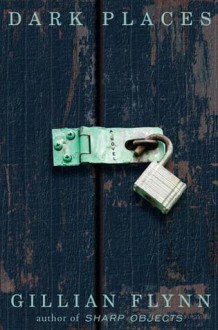 I don't know who messed with Patty's head enough to bring her to that decision.  Maybe no one and she was always someone who just never quite felt good enough. Which made her a victim waiting to happen.

Which Ben seemed to inherit which allowed Diondra to twist him around.  Some one should have tattooed Bad Seed on her forehead at an early age.  Maybe cunt would have been more descriptive for that little twat.

Libby's not a likeable person either, even if the therapists might have been the ones to cause some of her emotional issues.  She just seemed incredibly an incredibly self centered entitled little brat even at 30 yrs old.

I think the only character I liked was Aunt Diane. Straightforward, no hidden agenda, always there for her sister but not in an self sacrificing way.

And maybe the Angel of Debt.

Everyone else seemed to have zero redeeming qualities.  Including the kids. 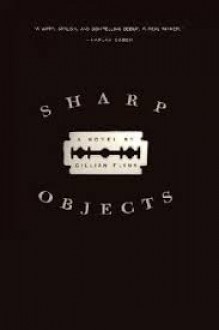 What the actual fuck did I just read? This book is seriously messed up.

Read for Psych Paint It Black. It fits. 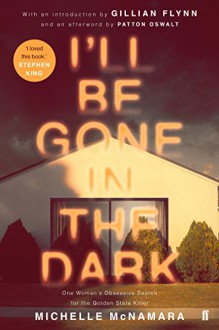 With only a few hours left of July, I have finished!

So as mentioned in a previous post, I feel like this book was hyped more than deserved. It's promoted as something groundbreaking full of new information. But as I read, I found that not only did none of it seem groundbreaking, but none of it felt new either. I've listened to Generation Why's episode on the case - my first introduction - as well as Casefile's multi-part series. The latter especially seemed more in-depth, explaining not only the facts of the case but the cultural changes related to the case relevant to the investigation (apparently the rape kit came to prominence around the same time this creep was active). Compared to the detail and explanations these podcasts gave, this book felt shallow.

At book club this past Sunday, I realized a key reason WHY this book felt disappointing to me: I was already familiar with the case AND a true crime junkie. If this is your first exposure to the case, it's as terrifying as Gen Why's podcast was to me on a plane. So keep that in mind if you want to read it: if you're familiar with the case and/or true crime, it probably won't be as mind-blowing to you if you're not. I'm glad we discussed it at book club because it definitely gave me a new appreciation for the unique structure this book has compared to something like The Stranger Beside Me or In Cold Blood.

I had to smile towards the end because I can remember what I was doing that day. I first learned about the arrest on Twitter, but when I learned about the identity of the killer himself, I was in jail. It was for a training and I was just standing in the lobby but still. Oddly fitting. I sat there, watching them discussing this enigma on the TV and I just thought, "This is incredible. This is like my 9/11 or Kennedy Assassination". Less than a year before, I had been listening to two podcasters speculate whether we'd ever have answers. I'm glad we do now.

Final thought: The biggest tragedy is that McNamara didn't get to finish this book herself. She was an incredible writer and I can only imagine what the book would have looked like had she lived. The Letter to an Old Man is without a doubt the best part of the book.