Log in with Facebook
or
Wrong email address or username
Sign up
Already on BookLikes? Log in!
Incorrect verification code
Please, check your email, the code to access your BookLikes blog was sent to you already.
Enter code:
« Back Send
back to top
Search tags: Gothic

Natasha Scharf is an author, DJ and broadcaster of all things dark and beautiful. Her new book 'The Art of Gothic' was published by Omnibus Press Halloween in 2014.

Dressed head-to-toe in black, often with extreme make-up, the gothic look has been a popular once since the 1980s. Gothic art is about more than just album covers and ephemera; it's about fashion, book jackets, cinematography, computer graphics and fine arts. And its influence frequently seeps through into mainstream culture. The first ever English language collection of gothic images available. Features 224 pages of gothic photography and artwork. Contains up to date references that encompass the modern gothic movement as well as the original movement that came from punk. Gathers imagery from around the world, including previously unpublished photographs and artwork. Each chapter includes two special features, including profiles of influential artists or styles. Features articles on the work of well-known artists such as Anne Sudworth and Roman Dirge as well as graphic design teams Parched Art, Leisure Process and 23 Envelope.

Creator & Creature: Author and illustrator Isis Sousa talks about “The Night of Elisa”, in a 15 mins fun video. :) 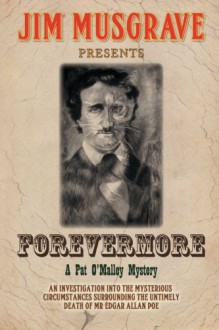 First Place in the 2013 CLUE Book Awards for Mysteries, Suspense and Thrillers. Finalist in the Next Generation Indie Book Awards, 2014.

What if Edgar Allan Poe did not die in Baltimore as a drunk in the gutter? What he were, instead, murdered?

In post Civil War New York City, Detective Pat O'Malley is living inside Poe's Cottage in the Bronx. O'Malley is haunted by Poe one night, and the detective finds a strange note. As a result, O'Malley decides to prove that Edgar Allan Poe did not die in Baltimore from an alcoholic binge but was, instead, murdered. O'Malley quickly becomes embroiled in a "cold case" that thrusts him into the lair of one of the most sinister and ruthless killers in 1865 New York City.

Jim Musgrave's Forevermore is a quick read in four acts that will keep your mind razor sharp trying to solve the mystery of Poe's murder. Pat O'Malley must first find out how to become intimate with females before he can discover the final clue in this puzzle of wits, murder and romance.

˃˃˃ Mini-Mystery in the Manner of Poe

"If any literary work is too long to be read at one sitting, we must be content to dispense with the immensely important effect derivable from unity of impression for, if two sittings be required, the affairs of the world interfere, and everything like totality is at once destroyed." Edgar Allan Poe

I adore Edgar Allan Poe and when I started Forevermore by Jim Musgrave I thought, "Oh no...another book about how bad Poe was." Was I in for a marvelous shock! The author, Jim Musgrave, envisioned a young man who admired Poe, even lived in his cottage, and wished to find out what Poe died of, why and who was responsible for the death of the dark poet.

Delving into Poe's life just before he died, Patrick O'Malley began his quest into Poe's death. The search for the truth led him to many famous writers such as Henry Wadsworth Longfellow, who hated Poe. John Anderson, the owner of a tobacco shop, who violated a young woman who worked for him, is another. She was the famous "Mary" from one of Poe's novels. O'Malley was told Anderson paid Poe to write the tale to avoid suspicion regarding her death. Oddly enough, John Anderson lived in Sleepy Hollow made famous by the tale of the "Headless Horseman". Other famous names were sprinkled throughout this mystery. Literary references ran rampant and Musgrave was adept at making them fit into his tale.

You will also be introduced to the low life. McKenzie, who became a protector, was head of the Plug Uglies. I'll let you read the book to find out what that means. I also met a certain Madame who introduced O'Malley to heights he had never attained before. You will find Joshua Reynolds a person who could have been the subject of Poe's worst visions.

There is no generally accepted reason for Poe's death. Some said alcohol, some dementia and others believed diabetes. We know he died in Baltimore in the gutter, dressed like a bum. Mr. Musgrave weaved a wonderful tale and came up with a perfectly believable reason for not only how Poe died, but also why he died like a bum. He was killed. If you want to know by whom, you will have to read the book.

Most historians uphold that literary legend Edgar Allan Poe died from complications to his crippling alcoholism. But private detective Pat O’Malley believes otherwise. He believes that Poe was actually a victim of murder. In Forevermore, O’Malley sets forth on a mission of danger and romance to uncover the truth behind the demise of his old friend and one of America’s most important authors. 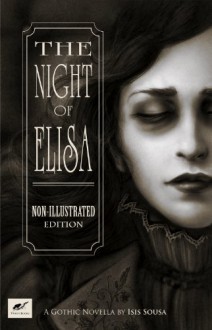 First book trailer for The Night of Elisa - Hope you enjoy it! More videos coming soon :)