Log in with Facebook
or
Wrong email address or username
Sign up
Already on BookLikes? Log in!
Incorrect verification code
Please, check your email, the code to access your BookLikes blog was sent to you already.
Enter code:
« Back Send
back to top
Search tags: His-Forbidden-Touch 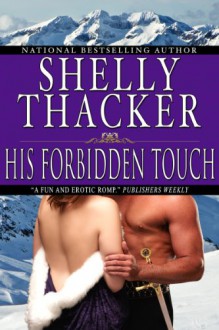 Disgraced ex-knight Royce Saint-Michel was banished from his homeland because of an impulsive act that cost him all he held dear. Now, he has the chance to reclaim his birthright--if he agrees to protect a princess on a journey that may prove deadly to them both.

Royce must escort the lovely Princess Ciara across a war-torn land to her royal wedding... and ensure that she arrives untouched. The two set off alone on a treacherous journey through snowy mountain passes, but forbidden desire soon proves even more dangerous than the assassins on their trail. With the fate of two kingdoms hanging in the balance, will Royce and Ciara do as honor and duty demand... or surrender to the longing in their hearts? 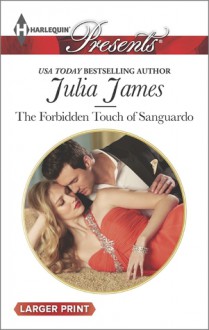 I liked the book. Very different from other romance novels I have read.
Like Reblog Comment
show activity (+) 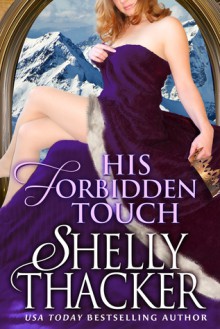 "I would be anyone , anywhere,” she whispered against his lips, “if only I could be with you."

I lost track of everything while reading this. I would be reading it and hours would feel like mere minutes and I was almost late for work this morning. Whenever I had to put it down the characters never strayed far from my mind. The plot of this book was exactly what I had been wanting to read recently. When I picked this up when it was free on Amazon I was a bit wary of it because I don't like the cover but I needn't have worried.

I loved the two main characters, Ciara and Royce. Their chemistry is what had me really hooked in this book. I really liked Ciara's growth throughout the book and how Royce helped her grow. I loved everything about Royce; his strength and vulnerability.

There was one thing that I felt didn't fit the time period.When Royce was repelling down the cliff I feel like he had equipment that wasn't true to the time period. That did not lessen any of my interest in the book.

I really enjoyed this and it kind of surprised me how hooked I was in it. I would definitely be interested in reading more from this author.

"Great second book in the series"
Would you try another book from Shelly Thacker and/or Julia Motyka?
Yes, it was a winning combination!! Julia Motyka is a delightful compliment to Ms Thacker's lovely prose. It as a very wise pairing!

Did Julia Motyka do a good job differentiating all the characters? How?
She has a wonderful tone and really kept the characters distinct. I loved her pace and energy throughout the read. Her smooth voice worked very well for the leads.

Any additional comments?
Sometimes I am touch and go with these sort of historical reads. I really enjoyed the characters in this book and the supporting cast. It drew you in and managed to keep me engaged in a story that wasn't always dynamic. I am interested in seeing where the third book will take us in this series!
Like Reblog Comment 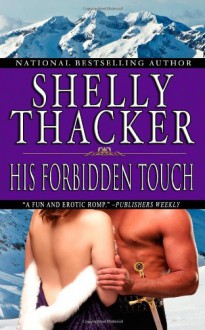 Would you believe that I carted this book from the Philippines to Los Angeles?  I actually have my battered copy with me right now.  I know it’s a little worn out but believe me when I tell you that it is so because I have been re-reading this book multiple times?  Well, a couple of weeks ago, I won an audiobook copy of His Forbidden Touch and decided to listen to it.  Immediately.  This took on a whole new experience for me.

Chalons and Thuringia were at war for seven years.  Now that the war is over and Chalons has been defeated, peace negotiations are underway and one of the demands is Princess Ciara’s hand in marriage to Prince Daemon the evil king of Thuringia.  Because the rebels refuse to concede to the defeat, they attempt to kidnap Princess Ciara.  Fearing for his daughter’s life, King Aldric requested  the banished Royce St. Michael to be her guardian.  What happens on their journey to Thuringia is filled with adventure, romance, and love.

I absolutely love Ciara and Royce, especially their journey to love.  I liked that they hated each other due to prejudices of their station and of course, they were fighting their attraction for each other.  I also fell in love with Royce initially because he acted like the typical bad boy with a devil-may-care attitude and yet deep down, he was hiding major scars.

When I read this book years ago, I remember not being able to tell how Royce and Ciara would get their happily ever after because she was bound to marry Daemon.  I was blown away when I read it.  I did not expect that twist in the story.

This is definitely a page turner and despite reading it multiple times, I always feel like it is the first.

Another thing that I want to add about this book (that is not part of my review) is the quote: “You and no other, the heart conquers all.”  This is very personal to me because when I read it, it was right about the time where my then boyfriend (now my hubby) and I got into a pretty sticky situation.  So yes, “You and no other” has become really special to me.

I recommend this book if you love romance with adventure set in the Medieval period.

This book is narrated by Julia Motyka and I did not quite like it.  That is to say that I did not like the way she read Princess Ciara’s voice and I felt it too annoying maybe because she has a manlier voice?  The other voices she used were fine, though.  Despite that, I liked her pacing and the emotion that she put into the whole story.  I felt the adventure and the romance and I had no problem following through with her narration.

Originally posted on my blog I Heart Romance.

Audiobook was a contest prize hosted by author.