Log in with Facebook
or
Wrong email address or username
Sign up
Already on BookLikes? Log in!
Incorrect verification code
Please, check your email, the code to access your BookLikes blog was sent to you already.
Enter code:
« Back Send
back to top
Search tags: I-startle-easily 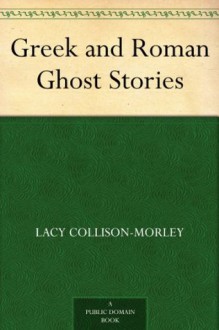 So here's the deep, dark, not-really-secret - I startle ridiculously easily. The problem is mostly that when I'm really into reading something I'm focused on it entirely, and not really paying any attention to things around me. This means I can easily miss things like someone trying to catch my attention, the train station where I meant to exit, that the sun has suddenly set - you get the idea. But it also means that if I'm sitting and reading, and you walk up to me from the side I'm going to hop. As in, up, out of my chair, possibly landing back in my chair or on my feet. (If I'm standing I've been known to clear over a foot or two off the ground.) Now, I realize that this is indeed hysterical. (I can feel the expression on my face, and I'm certain it's also funny.) I kinda wish I could stop doing it. ...But I'm also not really going to work much at trying because yeah, not sure how. I like falling into a book like that.

That's all lead up to the fact that I did this today while waiting to get my hair cut. I quickly said "oh, oops! I was reading ghost stories!" Because I also had kinda made a gasping noise. (Dammit.) The really annoying thing?! They are not at all scary ghost stories.

More background: When I'm in my own fully decorated apartment, you'll see scattered around the place tons of Halloweenish decor such as skulls, bats, skeletons, etc. I have bookshelves full of anthologies of ghost stories, not to mention fiction and nonfictional books on death, vampire, film monsters - you get the idea. None of these things startle me, and in fact feel quite homey.

So you might wonder at this point, what exactly was I reading about that I was so absorbed by? It's not like I'd suggest rushing to read this book - Greek and Roman Ghost Stories, which is here on Gutenberg - because no, not scary, and it's not really a re-telling of stories. It's more of a series of essays citing random classical authors that mention ghosts. (More on that in the actual review. Eventually.)

Here's a couple of quotes I was pondering at the eek-startle moment. The first is longer so you can get an idea of the writing style - the book was published in 1912.