Log in with Facebook
or
Wrong email address or username
Sign up
Already on BookLikes? Log in!
Incorrect verification code
Please, check your email, the code to access your BookLikes blog was sent to you already.
Enter code:
« Back Send
back to top
Search tags: Ilsa-J-Bick 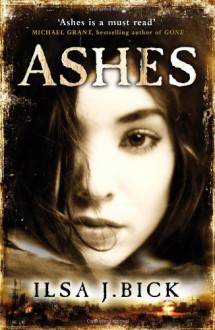 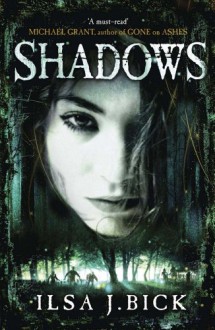 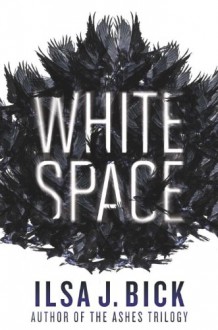 DNFed this book at 25/560 in the e-ARC. Call me cruel or dense or whatever, I've put down books after fewer pages than that, but I did want to give White Space some time, since it's a review book with an incredibly cool premise (Matrix meets Inkheart; realities are created and destroyed via writing & books). Unfortunately I think this is a case of my incompatibility with the writing style used. Not only is third person present my least favorite writing style, but I'm also just confused about what I read.

This is what I think happened/what I know:

*One of the characters in the Dad's story came to life and was staring at Lizzie and her mother all creepily in the attic, and this sets off a fight between the mother and the father. The mother is afraid that the characters have started to gain independence from the father.

*In general, the mom is very frightened and the dad is trying to reassure her. The daughter, Lizzie, is just watching her parents argue? But they're arguing with each other via their thoughts? It's italicized, and I can't quite tell if that's supposed to indicate their thoughts and some sort of mind-speak like characters on a page or if this is all a part of the book concept?

*The world consists of the Mirror and the Peculiars and skin-scrolls and thought-magic and White Space and Dark Passages and the Sign of Sure and monster-dolls and five-forever and "forever" and Dickens and Drood and special ink and Lovelies and ...? I don't know what any of this means, except for maybe the White Space and Dark Passages, because I think there was a line about how you can travel through the different realities through one or the other. Some of this, I suspect, has to do with the Dad's abilities, but I don't know and I don't really understand why only he'd have this ability...?

*Something happened in London. The dad lost control of one of his characters? His books have to be sent to a special vault because of their powers - they're either invited or bound? He can't stop writing though because apparently the stories would still leak out of him like a virus. Maybe? He might also be addicted to whatever power in this writing? He lost the mother in London because of what happened and she may have been cutting herself or there's something up with her arms, if I'm remembering correctly. Neither the mother nor the father completely remembers what's happened to them either. Maybe?

*But this isn't what the summary talks about?

The dangerous book/creation elements all sound cool, though, right? But I think about how hard it was to understand just those bits, and a part of me doesn't even want to try to get through all 560 pages for that reason. I'm sorry. I wish I felt more invested. Clearly it's just me, so check out these other reviews:

[4 stars] Karen: "fortunately, after those rocky first 30 pages, this turned into exactly my kind of dark fantasy."
[3 stars] Melanie at YA Midnight Reads: "White Space, is one of those books that start off really crappy and end so amazing you just need to sit down and stare into oblivion for a while."
[1.5 stars] Emily May at the Book Geek: "I also think this book is going to be a real mind-blowing favourite in the hands of the right reader, but I know that myself (and quite a lot of other people I know on goodreads) won't be that right reader. This is my first read by Bick so I can't compare it to the author's other work, but I will say that it's a complex, densely-written mindfuck."