Log in with Facebook
or
Wrong email address or username
Sign up
Already on BookLikes? Log in!
Incorrect verification code
Please, check your email, the code to access your BookLikes blog was sent to you already.
Enter code:
« Back Send
back to top
Search tags: Independent-author 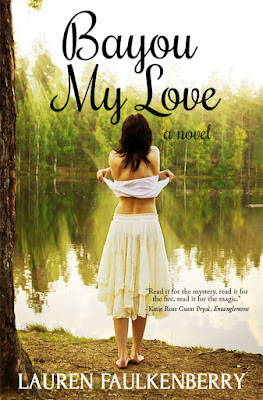 Thirty-one-year-old Enza Parker is struggling to change the trajectory of her life. To prove to her overbearing father she can flip a house on her own, she takes on a project much too ambitious for her––and it puts her in the path of the most alluring man she’s ever met.

Enza plans to flip the house she inherited from her estranged grandmother, Vergie, in Bayou Sabine, Louisiana. As a child, she spent summers there until the day her mother—Vergie’s daughter—inexplicably left. Since then, Enza hasn’t let anyone get close to her.

Arriving in Bayou Sabine, Enza finds her house occupied by bedeviling firefighter Jack Mayronne. Enza has no intention of being a landlord, but Jack convinces her to let him stay––in exchange for helping her with repairs. With only six weeks to fix the house and sell, she’s determined to prove her father wrong––but she didn’t count on all the delicious ways Jack could distract her.

When Enza’s fling with Jack intensifies, she finds herself entangled with a vengeful arsonist from Jack’s past. As she reaches her breaking point, she must decide: Should she sell the house and leave her past in Bayou Sabine behind for good, or can she overcome her fears and build a new life there with Jack?

This was a new to me author, one who contacted me about reviewing her book.  After reading the blurb, it sounded like something I would like so I decided to give it a try.  I didn't realize going in that this wasn't a typical HEA book - more a HEA For Now kinda story. The next book will continue Jack and Enza's story.  But that is okay, because there was no big cliffhanger, and the ending was at a good stopping point.

I really liked Enza.  She was hard headed and stubborn. But she'd had to develop her prickly shell due in large part to her parents and their personal issues. We don't learn everything about them, in fact we barely scratch the surface, but I am sure we will learn more about them in book 2.  Right now, I am comfortable calling Enza's father an asshat and her mother a self-absorbed twit. It was a joy watching Enza learn to spread her wings and take control of her own life, finally out from under her father's thumb.

Jack was a hot cajun firefighter. I could probably stop there and many of you won't need me to go any further.  But Jack really was just a solid, good guy.  Supporting Enza, even when she was being a prickly idiot, and looking out for her, made him a keeper.   Plus, his Uncle Buck and Aunt Josie are totally awesome.  I just know there is an awesome story behind them.

I enjoyed this book more than I thought it would. There was a hint of the paranormal, with Enza consulting a voodoo priestess over some things left in the yard, but nothing that moved this book into the occult or arcane. There was also a bit of mystery with Enza trying to figure out the who and why someone was leaving things in her yard. Add a dash of suspense and this book was chock full of good things. If you are on the fence about this book, the prequel novella, Back to Bayou Sabine is available for free. This tells the story of Enza's first return to Bayou Sabine in 15 years, for her grandmother's funeral. I didn't read it before reading Bayou My Love, and though an incident is mentioned, it didn't detract from my enjoyment of the novel. I really enjoyed the world and characters that the author created and gave this book 4 stars.

Thanks to the author for the opportunity to read and review the book. 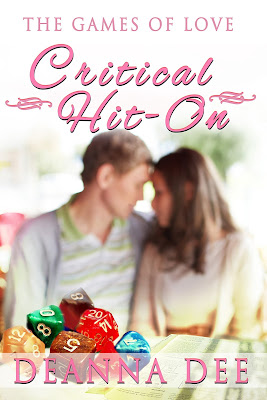 Molly Moreau used to be a geek with the best of them—role playing games, multi-user dungeons, trading cards—the works. Then she found her long-time boyfriend in a dark corner with a girl dressed as Lara “boobs and guns” Croft. That was it for the relationship and for her geekiness. After moving back home, she got a job at a normal bar and grill with normal people to live a normal life. That is until Craig shows up with his RPG character sheet.

Craig Lawrence has been rolling 1s on the relationship front ever since his last girlfriend broke up with him because he apparently spent too much time playing guardian to his rebellious little sister. When he meets Molly, he wants more than anything to win her heart, and this time he’ll do anything to keep his family problems from interfering.

When fate (Molly’s best friend) brings Craig and Molly together (sets them up on a date), will this relationship roll yet another 1? Or will it score a critical hit?


I am not a huge New Adult fan, sometimes it's entirely too close to YA for my taste. However, I do identify with Geek, so I decided to take a chance on this book when I was offered the chance from the author. After all, these are my peeps, even if they are younger than I prefer to read about. This book was PG-13, more for language and adult situations, then for anything else, which I felt meshes nicely with the New Adult genre.

For me, this was a book about feeling comfortable in your own skin. Molly tries to deny who she is and it causes her nothing but problems. Once she actually embraces her own inner self, does she find the strength and self-confidence to move forward in life. This is something that someone of any age can identify with and learn from.

As far as the Geek-ness goes, the author did a great job of staying true to the Geek culture. There were a few times that some of the slang and abbreviations were over-explained, but I realize that this isn't just for those "in the know". Besides there were plenty that weren't, so if you don't get something, be sure to ask your friendly neighborhood geek. :) I enjoyed this book and gave it 3 stars.

Thanks to the author for the opportunity to read and review the book. 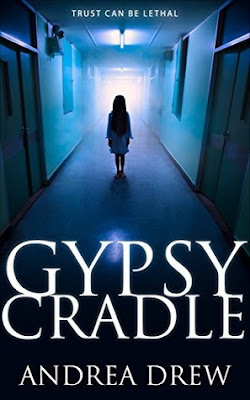 Eleven months after saving herself from an obsessed killer with the help of her new boyfriend Connor, Gypsy’s peace is disturbed again by a strange vision. Accompanied by a rocking cradle, an eerie little girl named Isabella tells Gypsy that Connor’s niece Christie is in danger from someone she trusts.

But Christie isn’t ready to listen to Gypsy’s warning—a consequence of the choices Gypsy had to make to save herself from a killer in Christie and Connor’s own family. Trying to rescue her regardless will strain Gypsy’s relationship with all of Christie’s loved ones, including Connor. Only the strange spirit girl, Isabella, and Gypsy’s beloved niece Renee can help her conduct a psychic investigation to find and stop a would-be killer.

I was invited to read this book by the author, since I had read and reviewed book one in this series, Gypsy Hunted.  I remember liking the book, though I had some issues with it. Mainly the inconsistencies in the character and the time sequences in the book. I am happy to report, that in this book, those problems were corrected.

This book takes place 11 months following the end of Gypsy Hunted. Gypsy and Conner are living together, but the focus of this book isn't on their relationship. It's on Connor's niece Christie and her attempted murderer. Gypsy and Conner's relationship is strained because of the consequences Gypsy takes when Christie is in the hospital.

I would have like to have found out more about Connor's gift of Sentinel. It has been hinted at and glossed over. Of course, he is in denial about his gift, so that is part of it, but it's still an unclear idea.

The time sequences were more spelled out in this book than the last. However if you aren't paying attention, you could still get confused. The story doesn't run in a strictly linear fashion. When a scene breaks with one character, in many instances time rewinds to show another. So noting the dates and times listed at the top of each section are vital to know when you are in the story.

Overall, I think this book was an improvement over the last book. It could probably be read as a stand alone, but to really understand everything that Gypsy and Conner went through to get where they are, I recommend book one first. I don't remember it being spelled out that the story is set in Australia and I would really have liked to see some more local color added to the story. As it was, it could have taken place in most any large town or small city.  I gave this book 3 stars.

Thanks to the author for the opportunity to read and review this book.