Log in with Facebook
or
Wrong email address or username
Sign up
Already on BookLikes? Log in!
Incorrect verification code
Please, check your email, the code to access your BookLikes blog was sent to you already.
Enter code:
« Back Send
back to top
Search tags: Jill-Watts 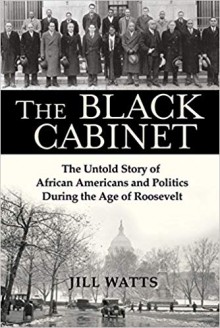 Not too much to say. This was a solid book of history though a bit dry at times (as much history books are) and I enjoyed it. I honestly recall hearing about this when I was in college, but had no idea about the "Black Cabinet" during high school. Since I focused most of my studies on Far East Asia, I never really delved deeper into U.S. history after my degree prerequisites. I think Jill Watts does a great job of providing details about the period of time (during the Franklin D. Roosevelt years of 1933-1945).

I thought that that this book was eye-opening about racism that many of this officials had to deal with. Many were seen as "token" hires and had to deal with discrimination in the cabinets/departments there were working in and or heading up. I think many would want to give Roosevelt some credit here, but you also see how a lot of times he did nothing more than lip service. For example, a lot of African Americans did not benefit at all from many of the New Deal Acts that were passed. Shocking I know.

One of the most important things about the men and women who belonged to this group was the fact that they laid the foundation to the Civil Rights Movement in the 1950s and 1960s in the United States. 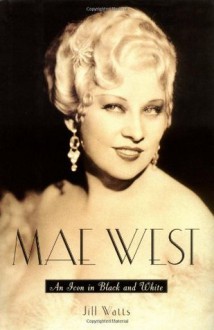 Mae West an icon in black and white could have been written a lot better so that the reader could easily follow but over all its a fantastic book into a woman that rose up in her life and held the public eye with very strong interest. She was sharp witted, sexy and had an influence that spawned a lot of mixed reactions. As a fan of Mae West I loved getting to see the woman behind the face and how her life turned into such a well known phenomena.
More posts
Your Dashboard view:
All Reviews Text Photo Quote Video URL Activities
Liked posts Top Tags
Press About Terms of Services Privacy Policy Contact Us Blog FAQ Patronaty medialne BookLikes for Authors Partners panel more...
Team Themes Docs API Blogs
Copyright © 2020 BookLikes