Log in with Facebook
or
Wrong email address or username
Sign up
Already on BookLikes? Log in!
Incorrect verification code
Please, check your email, the code to access your BookLikes blog was sent to you already.
Enter code:
« Back Send
back to top
Search tags: Jo-Beverley 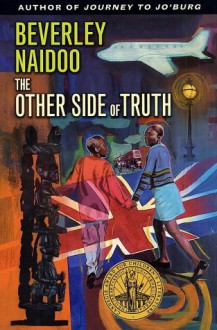 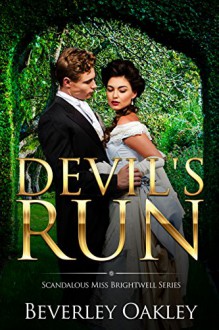 Devil's Run by Beverley Oakley is an outstanding historical romance.  Ms. Oakley has provided readers with a well-written book.  The characters are phenomenal and I loved the way Ms. Oakley maneuvered them through this story.  Eliza was to marry a man she didn't care for but then she finds Jack, the son she gave up at birth, is a playmate to his cousins' children.  Rufus sees another side of Eliza and wants to marry her.  Rufus and Eliza's story is loaded with drama, action, humor, spice and suspense.  I enjoyed reading Devil's Run and look forward to my next book by Beverley Oakley.  Devil's Run is book 3 of the Scandalous Miss Brightwell Series but can be read as a standalone.  This is a complete book, not a cliff-hanger. 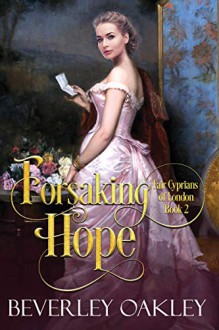 Very gritty story, a view from the not-so-pretty side of this time period. Hope was a strong woman, trying to protect her sister from what Hope's life had become. Felix took a bit to warm up to as he was concerned mostly about appearances. Missed opportunities and second chances made this a good story, although I found the story ended a little more abrupt than expected.

I received a copy of this story through Candid Book Reviews, and this is my unsolicited review. 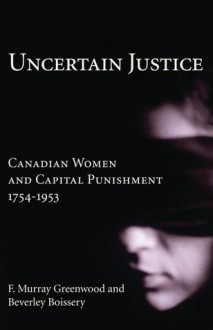 This is a quite interesting book. In general, the book is in chronological order though it does start with a modern case. The authors are looking at how Canadian justice treated women for about two hundred years. Various cases are studied in depth. The particular reason I brought this book was that I was looking at the story of La Corriveau, and this presents a very good historical context on that case.

It does help to have some basic historical knowledge of Canada, but outside of that, it is an easy enough read for the non-criminal justice major. 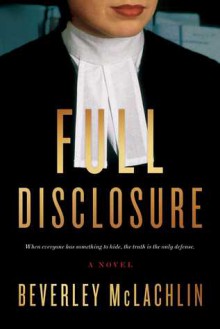 This could have been just a novelty - a mystery novel written by an ex-Chief Justice of the Supreme Court of Canada. Excellence in the judicial sphere, though it implies a good mind and a decent command of language, doesn't necessarily presage excellence in fictional composition. But I thought this was much better than just a novelty, though it's clearly a first effort. There's a little bit of over-explaining.  The clues about the big reveal were far too numerous and a little too obvious. But the plot was well-managed on the whole, and there was just a little soupcon of ethical ambiguity at the end, which was a pleasant surprise. And, of course, the courtroom scenes were outstanding, with every psychological twist and turn fully understood and made clear, with its curious mix of deadly seriousness and lawyers' games.

If McLachlin felt inclined to self-reference, I only caught her at it once, and it was a funny sentence near the beginning: "The Arthur Erickson building that houses the Supreme Court of British Columbia  is light and airy, and there's a portrait of the chief justice of Canada on the wall (when she was young and looked good) to remind me that sometimes, occasionally, women do rule."

McLachlin made the interesting choice to locate her young defence attorney protagonist in Vancouver, and lurking not very far in the background is the still very sombre memory of Canada's worst mass murderer, Robert Pickton, who preyed on disenfranchised women, many of them indigenous, from the East End of that city. Though it was subtly signaled earlier on, I was still taken aback by the boldness with which the author made that horror personally relevant to Jilly, our heroine.

This is a very, very Canadian novel, from its description of Vancouver in sun and fog to its particular social and legal history to - dare I say it? - the genuine niceness of most of the main characters. I realized as I was reading that because of that Canadian feel, I was becoming unusually irritated by being confronted with spellings like "gray" and "splendor". A little thing, I know, and Simon & Schuster are an international firm, but once I noticed it I couldn't stop noticing it. It was like a small but noticeable distortion of McLachlin's voice. If she writes another - and I hope she will - I would be much happier if it were with a Canadian publisher or at least with one who will issue a Canadian/British edition.