Log in with Facebook
or
Wrong email address or username
Sign up
Already on BookLikes? Log in!
Incorrect verification code
Please, check your email, the code to access your BookLikes blog was sent to you already.
Enter code:
« Back Send
back to top
Search tags: Karleen-Koen 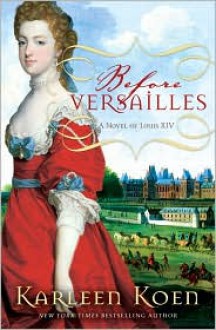 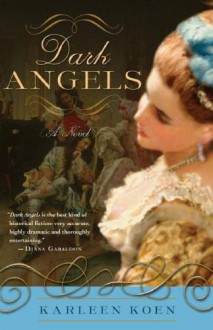 I could NOT finish this one at this time and therefore cannot review or rate fairly. I am disappointed in myself. Even if a book is bad I have to finish it but this is just not going to happen with this book. Perhaps I shall come back to it. Ooops!! Dropped in the tub and now it's soaking wet and ruined.
Like Reblog Comment 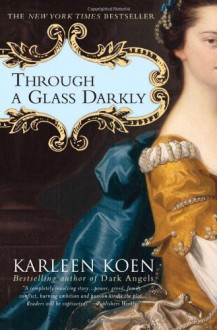 This committed the worse sin for a book--it bored me. What's more, not in a this-is-a-slog dense, difficult read but possibly worth it way. More in a this-reads-like-a-trashy-book-but-nothing-is-happening way. The writing is sloppy in its point of view, with head-hopping within a narrative that isn't really omniscient, and I noted clutzy dialogue tagging, far too many exclamation points, cliched phrasing and frequent typos. Now, these are common defects in popular fiction I'm willing to overlook. Give me witty dialogue, humor, adventure, even just a peek at an unknown corner of the world like fan-making or weaving or astronomy or a character or two to fall in love with I'm willing to forgive. But I'm none too fond of domestic drama, and this is what was served up page after page in this book set in Hanoverian England among the aristocracy. We're 200 pages in and it's still all largely about intrigue surrounding the marriage contract of the teenage Barbara Alderley, daughter of a disgraced duke. Barbara is likable enough at first, but not all that interesting. Her mother Diana is interesting, but not likable, the grandmother, Alice, Duchess of Tamworth, formidable, interesting, and likable and I kept wishing the story was about her. There is a wealth of well-rendered period detail, but it wasn't sustaining enough given the daunting length of over 600 pages. I found myself turning pages slower and slower and then about half way started skipping and skimming. This is also an example of how knowing too much history can kill suspense. As soon as I saw "South Sea Company" mentioned as the family source of wealth I knew things would be headed to a fall. There was also more than a hint before you're fifty pages in Barbara's romantic hopes are destined to be crushed--Roger is fixated on her as a bride (besides his coveting her lands) because she reminds him of her grandfather who he was madly in love with. Reading some reviews, some report they're "shocked" by a "twist" in the middle. I can only say shock, what shock? Did they read the same book I did? The pace of events do pick up after Barbara's marriage, but it then shifted to a tedium of the Forever Amber depraved court kind and piled-up misery. I found too much of the journey very predictable, and the ending screams Sequel! In a book this length that is just too damn annoying.
Like Reblog Comment

I love this book. I can't say enough about it. I've read it and re-read it and will continue to go back to it. The supporting characters that are based on real historical figures were well researched and their stories (Charles II, Madame) are a pleasing mix of historical fact and fictional intrigue.

The main character, Alice Verney, isn't the most likeable person in the beginning. She can be petty, vindictive and scheming but as the book continues and her history is revealed you begin to understand why she's such a hard person. As the story builds, Alice's more positive traits come to light. You see her loyalty to Madame and her growing affection for Richard even while still determined to marry a man that she's convinced herself is better (see safer) for her.

You'll likely still find yourself frustrated with her unwillingness to forgive those that have wronged her and her inability to admit when she's wronged people in turn but by the end of the book Alice comes into her own and you begin to see the powerful woman she's to become in Koen's other books, Through a Glass Darkly and Now Face To Face