Log in with Facebook
or
Wrong email address or username
Sign up
Already on BookLikes? Log in!
Incorrect verification code
Please, check your email, the code to access your BookLikes blog was sent to you already.
Enter code:
« Back Send
back to top
Search tags: Lorenzo-Carcaterra

Sometimes you need to live beyond the reach of the law to bring down those who walked its edges.

Well I am a big fan of The Godfather (who isn’t?) so when I read the blurb and a few of the early reviews for this, I was pretty intrigued by the idea of different criminal organizations coming together to bring terrorists to their own brand of justice. The thought of The Yakuza, The Triads, The Greek Mob and La Cosa Nostra coming together to plot against The Russians, The Mexican Cartel and Middle Eastern Fundamentalists… that’s some seriously amazing Happy Hour.

And them going to the mattresses against each other? It’s like pot and kettle-related hostilities over water boiling talents. Fun times.

I received a kindle copy of The Wolf: A Novel by Lorenzo Carcaterra from NetGalley for fair review. I gave it an almost five star.

It is a very fast read. It is also brutal. It is crime fiction at its best. The family is a veritable United Nations of Crime.

It's about Vincent Marelli, though most people called him The Wolf. He was a cautious man & protective of his family. He was also a proud man & pleased with the crime empire he had created.

"So, going against my nature & judgment I agreed to allow some air into my hermetically sealed world. For my kids & for Lisa."

Going against his nature was a mistake, for his wife & girls were killed. His son Jack had stayed behind to fly with him. Terrorists took over the flight & sixteen people were killed, including the terrorists. A Silicon Valley executive & his son were seated where Vincent & Jack would have been & they were killed. His wife's throat was slashed & she bled out. His oldest daughter was shot & his youngest daughter had her head smashed by a fire extinguisher wielded by a teenage terroriest with six young sisters of his own.

Anthony Zambelli had earned two dollars for every five dollars spent on luxury cruise ships. He expanded the restaurant holdings & "turned the enforced sale of twigs of parsley into a fifteen million dollar a year operation."

The brilliant Meyer Lansky was the first gangster labled as a certified genius. A Mexican gangster, Santos was at "his happiest when he was sowing seeds of torment."

One terrorist expressed that if the bombs didn't go off on a timely basis, "Otherwise, we all get to meet the virgins this morning."

Angela, the Strega (the witch) was designated to help Vincent gain his revenge for his family. The Strega was a talented assassin..."she struck quickly & harshly....She operated under the centuries honored code of the Camorra--kill all in your path & leave behind nothing but blood & ruin." She was the most ruthless mob boss in Europe.

Vincent was glad she was on his side.

This page turning book had grief & blood on each page. There are no happy endings for gangsters.

THE WOLF by Lorenzo Carcaterra is the best mafia book I’ve read since THE GODFATHER. I freakin’ loved that book. And, I freakin’ love this book. It’s a bit unbelievable, but hey, it’s fun as hell. Come on…don’t look at me like that. I know, I know, all the mafia families in the world would never join forces to work as one, especially when they are fighting all the Russian mafia, who happen to be working with all the terrorist organizations of the world. But, hey, here it works. Kind of like a season of 24. THE WOLF is written well, it’s exciting, and like I said, fun as hell.

Carcaterra alternates the chapters mainly between the first person perspective of the “good guy” mafia leader (AKA “The Wolf”) and the third person perspective of the Russians. Right out of the gates, you have action. We, as the audience, are treated to a picturesque European vacation spot with lots of tourists and locals, dining and enjoying the weather, and then…BOOM. Next chapter, we get “The Wolf” telling us how he organized all the mafias into one, how he owns all of us from cradle to grave, including the grave and casket itself, and then…SLASH, BOOM, BANG. Almost all of The Wolf’s family is dead. You know what that means.

Seriously, I haven’t been this entertained by a mafia book in a long, long time. And the good news? Carcaterra leaves it open in the epilogue: The Wolf is coming back. 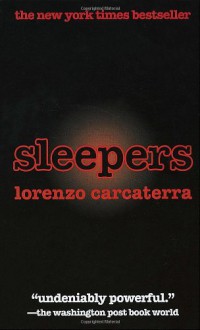 Wow. That was moving. It was most certainly difficult to read at certain parts, namely through the abuse that these 4 young boys endured, especially if you consider that this is supposed to be based of real events that happened to the author and his friends. I guess there was some controversy with that, some people claiming that this was not based on true events, but I'm not here to speak of that one way or another. Either way I think this was a powerful, emotional journey, and I am glad to have read it.

I loved how this book was split up into three separate parts, the beginning which gave you a look at who these boys were, their individual home lives, and the neighborhood they came from, which was almost a living breathing character in itself. 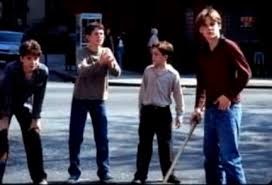 Then the middle was the time they spent inside Wilkinson Home for Boys, where the horrific events that changed their lives forever took place.

After that came years later with all the boys having turned into men, and you got to see the how changed these people truly are after the events that took place in that year they spent in the Hell that was Wilkinson. And you also got to see a glorious plan of vigilante justice unravel. 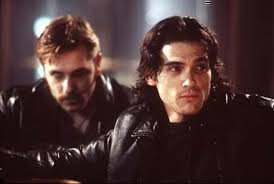 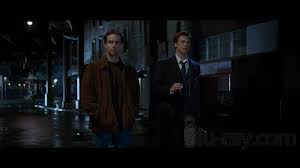 There were so many elements that made this story as incredible to me as it was. I really enjoyed how their hometown, Hell's Kitchen, was portrayed in this story. 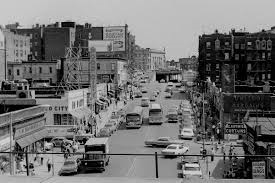 You were completely immersed in this place with the characters, which truly felt like it was a world of it's own, separate from the rest of us, with it's own way of living and rules to live by. It was comparable to reading a good fantasy novel, with amazing world building, and I was very impressed by it. I also loved these characters, I feel in love with these goofy, mischievous boys after just a few chapters. And reading about their suffering broke me. It was so crushing hearing the atrocities they lived through, and it brought out my own desperate want for vengeance. It's a pretty solid accomplishment for an author to blur the lines of right and wrong for the readers, and those lines were obliterated in certain aspects in this novel. I rooted for their thirst of blood from the men that had taken so much from them. I ended this book honestly thinking that those monstrous guards at the Wilkinson Home for Boys deserved so much worse than they actually got, and that's something because I'm a pretty peaceful person.

It was such an emotional journey, alternating between filling my heart up with love for some of these characters, and hate for others. This story definitely made you question a lot of things though, can vengeance make a difference? Does it even partially fill the hole that was carved in you in the first place? When is the time to take things into your own hands, is it your right to dole out your own form of justice? Can one event change the entire course of your life? What about one poor decision?

The relationships in this book were beautifully portrayed. They were enduring of so much. Too much. I also loved Father Bobby, and even King Benny. And then there were the more quite characters, like the English teacher in Wilkinson who gave Shakes the copy of The Count of Monte Cristo, or Marlboro man, the guard who saved them at least one indignity, that made such an impact, even though their actions and appearance in the book in general were so small. You couldn't help but hold onto those small good things. They were a ray of sunshine on the bleakest of days. They gave you a sliver of hope that some people are good, they care.


The ending was rather bittersweet to me. I wanted so much more for these people than they ultimately got. I would definitely recommend this novel, to EVERYONE! Seriously, you should read this, it's an incredible story. Now I'm kind of dying to see the movie, Robert DeNiro, Brad Pitt, Kevin Bacon and Dustin Hoffman, that's an all-star cast for sure! And now I'll leave you with a few of my favorite quotes...

"It doesn't take very long to know how tough a person you are or how strong you can be. I knew from my first day at Wilkinson that I was neither tough nor strong. It takes only a moment for the fear to find its way, to seep through the carefully constructed armor. Once it does, it finds a permanent place. It is true for a hardened criminal as it is for a young boy."

"Do me a favor, would ya, Ness?" Davenport said, putting the gun in his pocket.
"What?"
"I ever make it onto your shit list, give me a call," he said. "Give me a chance to apologize." 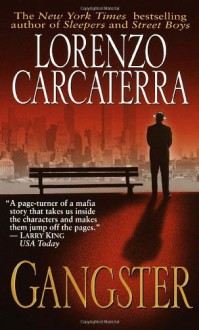