Log in with Facebook
or
Wrong email address or username
Sign up
Already on BookLikes? Log in!
Incorrect verification code
Please, check your email, the code to access your BookLikes blog was sent to you already.
Enter code:
« Back Send
back to top
Search tags: Michael-Wallace

3.5 Stars - this is a decent start to a trilogy.
This book is mostly setting the scene and world building, introducing the main characters.
There was quite a lot going on, mainly focussing on the four main wizards apprentice characters and their strengths and weaknesses.

Don't let "wizards apprentice" put you off - this isn't some YA teen wizarding adventure. One of the apprentices is 30 years old and may still have a while to go, and the others are similar ages. 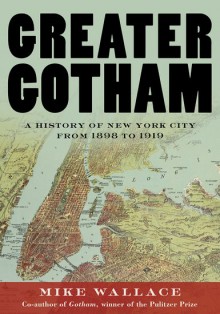 I can't believe it -- volume 2 of Mike Wallace's history of New York City is finally coming out!

This book has been two decades in the making, and while I'm disappointed that it only goes up to 1919 (which, given Wallace's age, raises the disappointing prospect that he will never cover the whole of the 20th century), if it's even half as good as volume 1 it will be an amazing work in which I will spend many hours immersed. 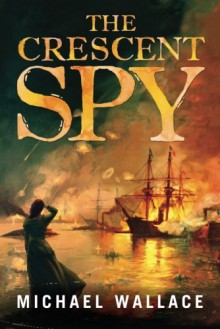 I was in the mood for some good historical fiction, and The Cres....

I guess I can't even write about this one without being bored out of my mind.

That's probably not entirely fair. The story has promise, and there are many very good reviews. Maybe I was just in a cynical mood while reading The Crescent Spy. There is a strong female heroine in a time period when women were not supposed to be strong, and I like that. It's a Civil War story that re-imagines navy battles on the Mississippi. I haven't read anything like that before, so that was cool. The content is clean, and I like that too.

But the exciting parts weren't exciting. The intrigue wasn't intriguing. The tension wasn't...tight?

So I'm calling it boring. But don't let that stop you if you're interested, maybe you'll find more there that I did. If you do, I'd love to hear about it.

Victoria Crossing by Michael Wallace has a classic plot of a young woman seeking to make her way independently and despite hardships. She finds friends and enemies along the way. She achieves success. She suffers setbacks. She starts again. The concept holds a promise that is not completely reached; the ending points to a potential sequel. The book is a quick entertaining read but leaves a lot of depth unexplored.

Read my complete review at Memories From Books - Victoria Crossing

Reviewed based on a publisher’s galley received through NetGalley

Michael Wallace, author of The Crescent Spy, on tour November 2015

About The Crescent Spy

Writing under a man’s name, Josephine Breaux is the finest reporter at Washington’s Morning Clarion. Using her wit and charm, she never fails to get the scoop on the latest Union andConfederate activities. But when a rival paper reveals her true identity, accusations of treason fly. Despite her claims of loyalty to the Union, she is arrested as a spy and traitor.

To Josephine’s surprise, she’s whisked away to the White House, where she learns that President Lincoln himself wishes to use her cunning and skill for a secret mission in New Orleans that could hasten the end of the war. For Josephine, though, this mission threatens to open old wounds and expose dangerous secrets. In the middle of the most violent conflict the country has ever seen, can one woman overcome the treacherous secrets of her past in order to secure her nation’s future?

Josephine Breaux is a tough, fierce, compassionate and very brave woman. And despite the danger with her mission is she set to travel to New Orleans and go undercover at a newspaper. She's just such a character I loved to read about, a strong woman fighting for what she thinks is right.

The Crescent Spy was an easy book getting into and not an easy book to stop reading. There are a lot of action and many for me worrying moments in this book when I was concerned for her and Franklin her contact in New Orleans. Because going to New Orleans for Josephine means not only trying to win the city for Lincon it means going back and confront her past. And that hard since she has tried to move on from a traumatic event. In New Orleans, she has to confront the ghost of her past, a mother that meant the world to her and a man that could be her father that has let her down several times. Also, there is someone out there that could upset her plans that could reveal her. It's very exciting to read and you never know if she will be able to carry out her plans or even survive in the end.

I think the mix of present time for Josephine and the flashbacks to her past with her mother worked very well and I especially enjoyed and appreciated the fact that her relationship with Franklin didn't turn romantic. Well, it changed towards the end, but that I could take because it shows a possibility for the future (and for a sequel).

I found this book to be really good and well-written and I wouldn't mind reading more books about Josephine Breaux. 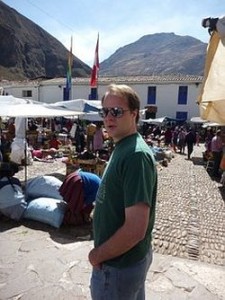 Michael Wallace was born in California and raised in a small religious community in Utah, eventually heading east to live in Rhode Island and Vermont. In addition to working as a literary agent and innkeeper, he has been a software engineer for a Department of Defense contractor programming simulators for nuclear submarines. He is the author of more than twenty novels, including the Wall Street Journal bestselling Righteous series, set in a polygamist enclave in the desert.

Thursday, November 12th: Thoughts on This ‘n That