Log in with Facebook
or
Wrong email address or username
Sign up
Already on BookLikes? Log in!
Incorrect verification code
Please, check your email, the code to access your BookLikes blog was sent to you already.
Enter code:
« Back Send
back to top
Search tags: Missy-Kalicicki This book held my interest from start to finish, I finished it in one day.
It was fast paced and the plot was thrilling and unique.
The characters were really well developed, Lexie's more so because of the use of flashbacks and dreams to tell her story prior to her life in the Hole.
The relationship and intimacy between Lexie and Cole was just enough to leave you wanting more, the book ended at just the right moment that I'm sure readers can't wait for the sequel, myself included.
Overall it was a fantastic read and I would recommend it to anyone who enjoys a good dystopian novel :)
Well done Abi and Missy!
Like Reblog Comment
show activity (+) 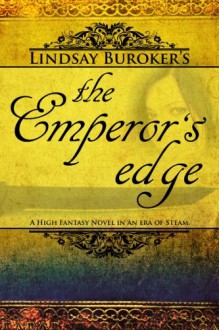 being that I'm apparently amazing at shelving on GRs i can easily choose out my top 10 books....... now can i explain why?

Alright the first 4 were easy, they are the books i gave 5 stars too.

Angelfall was technically a re-read, but it was still just as amazing as the first time i read it, so it got another 5 stars and stayed as one of my fave's.

Scarlet was another fantastic read. I've never read a Robin Hood book before, never truly like the videos of him as i was growing up, i think he was played by a fox? anyways this book just resonated really well with me. I loved the main character, and adored the rest. Their plight was sympathetic, and what they stood for was amazing. i felt this book was really well written.

The Fault in Our Stars

This book was so touching and wonderful and sweet and bitter, how could i help but not love it. Plus it made me cry, one must rate highly of books that make them move so much. The characters were fantastic and so lovable. even now thinking back on this book i have a smile on my face, i feel like these incredible characters are my friends and i'll always have kind if not slightly sad memories of them.

Now i had heard some amazing things about this book, but then same could be said with other not so fantastic books.... luckily this lived beyond the hype it was that good! This book was everything YA should strive for. Wonderful adult characters, who dont spend their time bitching and moaning, they are enjoyable for all ages (this is a guess being as i havent read this at all ages myself) The writing was fantastic and smooth, and a pleasure to read. The world was incredible and well thought out.
Really a YA should be a book anyone can enjoy with a younger cast of characters, there should be just as much effort put into the writing and editing as any adult book. The characters should be as in-depth as any you'd expect from adult books as well. The 5th Wave lived up to this, the story was interesting and kept me glued to the pages from the get go. This is why this book made my top 4.

The Rest of the books got four stars, and i recall ranting and raving over how amazing they where and how delicious they tasted to my devouring mind. and i could go into detail, but I'm lazy and besides who wants to read all that? just trust me to the fact they're amazing and you need to read them if your havent already!!!
GO! GO! GO!

I've been reading some of the reviews and ratings here and I feel like the odd one out. I didn't believe this to be some kind of special Dystopian YA, even though it had a very good premise.

Lexi is about to be branded blue for lust. She will then be thrown into the Hole, a place where all criminals are kept. The downfall of society was caused by the seven deadly sins. So, everyone who shows signs of one of them will be branded with their sin and removed from civilized society. Survival of the strongest is likely to be the only rule in the Hole.

Blues usually don't survive long in the Hole. They're easy prey for the real criminals and (sexually) frustrated people. And even though Lexi is already suicidal even before she enters the Hole, she then changes her mind and is desperate to survive this ordeal. How? For some reason she's assigned a personal bodyguard named Cole (and guess what, she's his first female assignment).

It's obvious that Lexi is getting some help from outside the Hole, as she's also assigned one of the few good (as in not prostitution) jobs in the Hole, nurse in the hospital. Even more seems off, because, who's this Commander? One critical note towards the hospital though; they don't have the money to buy morphine, but at the same time there are people working on a vaccine to some kind of virus? How does that work? Creating a vaccine cost millions (billions perhaps); how come they don't have money to buy morphine then?

Lexi annoyed me. At times it almost looks like she is about to become a competent nurse, but then for some reason she falls back into her very unoriginal instalove infatuation with Cole (Stockholm syndrome?) Even witnessing what happened with other people who embark on a relationship between guards and prisoners (namely, execution) isn't enough to put her off the idea and keep to more pressing matters like staying alive. In the second half she'll transform into one kick ass fighter with less than a week of training, while the men - Cole and a surprise family member - are fighting over the fact if she should or shouldn't help fighting in the important battle. How nice of them.

For me, the first half dwelt far too much on the instalove romance plot. I'd liked to know more about the Hole, the rules and more importantly, what exactly happened that lead to the instalment of the Hole. The second part was a generic Dystopian YA training/fighting plot as can also be see in Divergent and many other books. So all in all, I was a bit disappointed and I don't really feel like continuing this series now (but perhaps in a few months I might give it another try).

Thanks to the publisher and Netgalley for providing me with a free copy of this book in exchange for an honest review.

Branded is the first book in the Sinners series. The second book Hunters is expected to be published March 31st 2015.