Log in with Facebook
or
Wrong email address or username
Sign up
Already on BookLikes? Log in!
Incorrect verification code
Please, check your email, the code to access your BookLikes blog was sent to you already.
Enter code:
« Back Send
back to top
Search tags: Mitchell 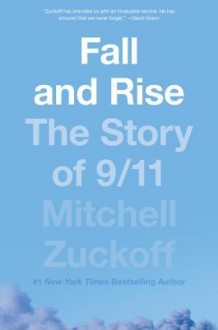 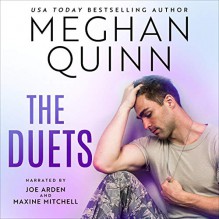 The Duets by Meghan Quinn

Whether you laugh, cry or scream, you will never forget a Meghan Quinn novel. She looks at life from ever angle and finds the bright side in the darkest moments. The Duets series is an emotional whirlwind of stunning twists, heartaching losses and lessons learned. Prolifically stunning romance brought to life by deeply moving narration and irresistible heart.

There is no reward, without learning to take risks. The sweetest fantasy can turn into the most heartbreaking romance. Life like love has a way of veering off course before we hit smooth sailing again. The Upside of Falling is the act of learning to take chances. The Downside of Love is the lessons learned along the way.

Breathtaking, heartbreaking, unpredictable. The Left Side of Perfect is the beginning of flying blind. The Right Side of Forever is one heartbreak short of a teardrop. Each time Quinn knocks you down, she lifts you up with moments of optimism and the presence of hope. It's a long road to the happy ending, but one that was well worth the wait. 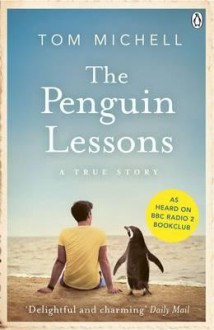 On holiday and on a beach in Uruguay Tom Mitchell rescues a lone penguin from many thousands who have died due to oil polution. From this tragedy, perpetrated by arguably the penguins greatest enemy...humans, comes a novel of friendship, love and sadness as we laugh and cry at the survival of Juan Salvador (the penguin!) and the wonderful and lasting affect he has on all those who come into contact with him. Highly recommended! 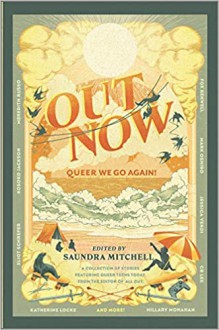 Out Now: Queer We Go Again! is a follow-up anthology to All Out featuring 17 new stories by queer YA authors about queer characters. There was a good mix of fantasy and contemporary stories in there.

Like most anthologies, it was a mix of stories that I really liked, ones I thought were okay, and ones I didn't like. Overall, more than half of the stories were 3 stars or more from me, and the average rating for all the stories was a little over 3 stars.

My particular favorites were:

Lumber Me Mine by CB Lee - It was a cute romance between the girls who met in their woodshop class. The love interest was ace, which was nice. I wouldn't have minded more of this.

A Road of One's Own by Kate Hart - A group of girls go on a road trip and one of the them calls the group the GROSS Club after Calvin and Hobbes, but has it stand for Get Rid Of Sexist guyS. That made me smile, as did the rest of the story. There was a cute romance between two of the girls.

Starcrossed in DC by Jessica Verdi - The daughter of the president finds herself in a difficult position when she suddenly finds out her dad is supporting an anti-LGBTQ+ bill when she herself is bisexual, although only her best friend and the girl she likes know it. The story focuses on her struggle on what to do. With a little focus on her relationship with her crush.

One Spell Too Many by Tara Sim - The main character works in a bakery where you can order baked goods with spells in them. She gets in a bit of trouble when she agrees to help a friend by baking her a cupcake with a love spell, but gets it mixed up with another classmate's order. It's a cute story. 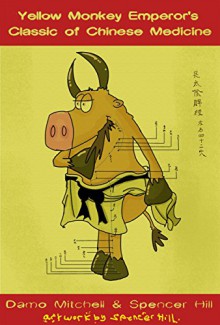 This is like a complete course in Chinese medicine in graphic novel form. It's mostly in full color and explains the correspondences between ailments of internal organs and symptoms that might be in physical form or personality clues in a sort of parable form.

The book explains meridian point locations according to Traditional Chinese medicine as well as other esoteric terms including Zang Fu syndromes. While I've never been sure what I thought about Chinese medicine and its growing popularity in the west, this at least explains it in a simple and even amusing form.

The Preface explains that Chinese medicine is largely about identifying underlying causes of disharmony in the body. It also explains that the book illustrates 78 Zang Fu syndromes and that anything else that might be out of balance can be assessed once these are learned.

The cartoon characters who take us through the book include the Monkey Emperor, which should be a familiar idea to anyone who has followed any Chinese literature, and a wise bee. We also have a pig, a dog, a donkey, a horse, a duck, a goat, a snake, a rat, a dragon and various other creatures like a sheep and a couple of bovines.

Bee Bo explains to the Monkey Emperor the basic concepts of Chinese medicine is a straight forward way that anyone could follow and absorb. Through the Monkey Emperor asking questions, the reader will learn a lot about the basics in very little time. About 15 pages in, it becomes more visual with cartoon images of our animal characters.

The books reads fast from this point in full graphic novel form. It's entertaining and holds attention, yet many concepts are explained in this simple and visual form. The emphasis is on symptoms, including behavioral and mood symptoms in concert with the physical, and in dianosis. While herbs and acupuncture needles are referred to as treatment, no detail if given about these cures.

The book is divided into sections based on seasons which are relevant to the ailments they cover. I found it both interesting and entertaining, though I had hoped for information on what herbs might be used for the conditions and maybe even accupressure points. It is meant to be a starting point and in that it succeeds. I have a much better idea of what Chinese medicine is about for having read it and I enjoyed the humor along the way.