Log in with Facebook
or
Wrong email address or username
Sign up
Already on BookLikes? Log in!
Incorrect verification code
Please, check your email, the code to access your BookLikes blog was sent to you already.
Enter code:
« Back Send
back to top
Search tags: Mystical-Creatures 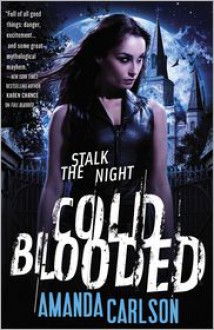 When I first dived into this book, I only expected to find the book to be pleasant, like its predecessors, yet a small part of me still hoped it would be better, that there would be something more to it and I managed to hit the jackpot. This book was amazing!

We finally have Jessica and Rourke reunited and to see them function as a couple was definitely fun. Both of them have come so far from the beginning of the series and it’s nice to just see these independent and stubborn characters function in a relationship and be supportive of one another.

Jessica, as we’ve already come to know, is a strong female lead. She doesn’t back down easily and will do whatever she can to protect the ones she loves. The thing about her was that I never really connected with her until this book. I admired her and even liked her but there was just something missing. Perhaps it’s because we’ve finally gotten to a point where we aren’t so confused about her and all the information that has been thrown at us in the previous books is starting to settle in.

Rourke was amazing. Ah how I love him. He is swoonworthy and it’s nice to finally have him around! In book 1, we were barely introduced to him. In book 2, he wasn’t even there. In book 3, we finally get to meet Rourke and get to know him a whole lot better; which was amazing because otherwise I wouldn’t be shipping the two as much as I did!

The secondary characters are as fabulous as ever and Ray is losing some of his hard-headedness so for those of you who were never fans of him in the first place, it’s all good. He’s never going to stop being stubborn but he wasn’t as much of a jerk this time around. The sad thing about this instalment was that the secondary characters didn’t shine out as much as they had in the previous books because Jessica and Rourke finally have the spotlight.

I wasn’t actually all that unhappy about that fact since I know a lot of us have been waiting for the two to finally get together and if you haven’t already figured that out, the romance doesn’t disappoint. It was worth the wait. But you’ll have to read the book yourself to find out how great it was.

Moving on, this book was fast paced. There was a lot of stake and things kept on happening one after the other but the transitions were well done so the book didn’t feel ‘off’. It was just fun. The plot was well developed and incredibly entertaining and it just reminds me why I love Urban Fantasy so much. Urban Fantasy makes the best brain candy.

The book, on the whole was a fantastic addition to the series and if I may say so, the best yet. I can just imagine how much better things are going to get with Red Blooded. 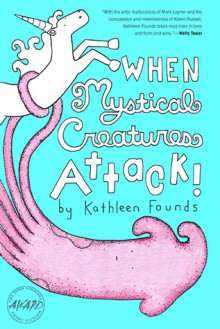 I received a copy of this via NetGalley, for an honest review.

I quite enjoyed this book. The characters felt very real to me and, being a teacher as well, I felt identified with Laura a lot. Her struggles with teaching and class management were much greater than mine but I could see myself in her shoes.

I found the storytelling to be very unique and a bit confusing at times. The narration switches perspectives as well as format and timelines. Even though I had to put it down a few times, I enjoyed it.

I received and ARC of this book from the publisher via NetGalley, in exchange for an honest review.

The title and cover of this book are deceptively light, even ironic; there are actually very heavy themes running under that twee drawing and childish font. There is humor, but it is of a very dark, cynical variety. This is not a negative, but causes a bit of a gut-punch reaction when you get past the intentionally silly premise of the opening stories (for students to write essays in which a mystical creature solves a great world problem). Written in essays, letters, emails, stories from multiple POVs, and even mock advertisements,  When Mystical Creatures Attack! looks at life in a poor border town, full of kids with very little hope for the future, and adults with none. The form is tricky and often very ironic, and even occasionally heartbreaking,  without losing the edge of pitch-black humor that carries through each story. This is the second collection of short stories I've read from a University of Iowa Press author this year (the first being The Lovers Set Down Their Spoons). Both books could be said to be "experimental" and intentionally disorienting, but I preferred this one for it's inventiveness and the eventual cohesion of elements that first felt very piecemeal. Both collections have different intentions- different values- but coming out of the same press in the same year, I can't help but make comparisons. I would recommend both to different types of readers, but Mystical Creatures felt like a much newer, more exciting approach to the short story/ epistolary novel form.

“Plenty of teachers have thrown a terrarium out a window and shouted, ‘You’re driving me crazy!’ But you’re the first who actually followed through.”

First off I have to say that this book wasn’t at all what I first expected. I expected a witty commentary about how a school teacher in the midst of a midlife crisis is handling school systems, parents, and disrespectful students. What I got instead was a book full of life lessons learned through experience and through the eyes of others.

The three main characters are Laurel Freedman- the teacher- and two of her students, Janice and Cody. Laurel’s mother had mental problems of her own, and her father wasn’t exactly “Father of the Year” material, but she was a young teacher determined she would change the world through her students. BUT, she suffers from a mental disorder (bipolar?) which eventually leads her to a mental breakdown- which is really where the novel begins (our story here isn’t linear).

Janice was abandoned by her mother as a child, and left to live with her aunt when her father remarries. Her character is a hurting teenage girl with a problem “acting out” for attention.

Cody is the dreamer/geek of the group. His short stories are my favorite featured in the novel and will most likely get the most laughs.

There are times when the point of view switches to second person, which really just confuses the story and made me want to skim over those parts. The rest of the story is first person from one character to another through letters, e-mails, cookbook recipes, and short stories- which really worked. I don’t know why there were sudden switches to second person that just blew off the flow of the story.

Overall, I would recommend When Mystical Creatures Attack to anyone who enjoys novels with mixed media (email, letters, etc…) and that’s hits serious topics but still a bit on the silly side.

The cover of this book is deceptively cheerful. There are some very dark things going on in here.