Log in with Facebook
or
Wrong email address or username
Sign up
Already on BookLikes? Log in!
Incorrect verification code
Please, check your email, the code to access your BookLikes blog was sent to you already.
Enter code:
« Back Send
back to top
Search tags: No-Regrets 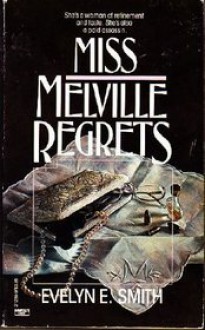 Apparently suffering from acute nostalgia, I have lately found myself remembering books last read thirty years ago, and thinking of them fondly, and wondering were they really that good?

Susan Melville is a middle-aged artist and Manhattan blueblood, without a job, without a fortune, in a rent-controlled apartment going coop with nothing left to sell  and no hope. So she takes the only reasonable offer she's received. And now she kills bad people. Only bad people. Very bad people.

It's a comedy of manners with a charming heroine and a marvelous ending. And of course I enjoy it, now that I am also a woman of a certain age. Where Prizzi's Honor or Get Shorty went for a certain cool style, Miss Melville evokes a traditional vibe that would still feel at home in Southern Living.

A fun start to my Halloween reading. 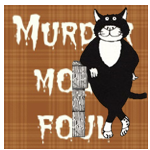 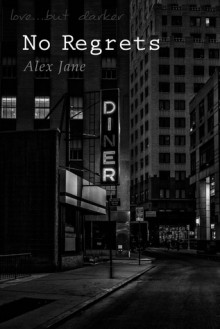 This is a really short book, but it definitely packs a punch.

Ryan is an ex-soldier, working in a diner in a small town, keeping to himself. He stays mostly in the kitchen, and when he's not working, he's in his camper behind the diner, keeping the nightmares at bay with alcohol.

Lucas is barely twenty, quiet and shy, a regular at the diner who's caught Ryan's eye - mostly because Ryan recognizes something in the young man, primarily in the haunted eyes and the bruises on his skin.

Both men are damaged, though not beyond repair. Their relationship builds slowly, so slowly, and trust doesn't come easy, but it comes.

The story is dark, by design, and rather angsty. The author cleverly peels back Ryan's layers one at a time, and it's not immediately clear why Ryan reacts so strongly to Lucas' plight.

The diner's owner knows of Ryan's back story, and she realizes that Lucas is in some danger, but both she and Ryan also know that they cannot step in unless Lucas asks for help. Which is why boss lady encourages Ryan to befriend Lucas to build a level of trust. She has another motive which is clear to both Ryan and this reader.

Initially, this book reads as a regular hurt/comfort kind of story, but then it takes a really dark turn with an unexpected twist. I was a bit surprised at Lucas' reaction, but I also understood that he might react that way. Yeah, I know this is vague. Deal with it by reading the book.

I didn't like the ending. Well, let me rephrase that - I liked that Ryan and Lucas got their HEA. What I didn't like is that Ryan thinks this thing (which I'm not going to spoil here), and it sounded as if that was his reason for proposing, and if that's the case, WTF?

I enjoyed this overall, even if the ending left me scratching my head a bit and definitely sort of ruined their HEA for me. YMMV. 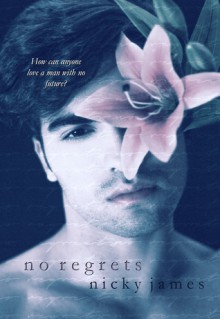 “I’m not going to watch you die. I’m going to help you live. You’ve made a list and I plan to use every day you are capable to help you fulfill all those things on it. We will tick off as many as we can. I want to love you, and hold your hand, and kiss you, and make love to you. When we can’t do those things anymore, then I just want to hold you in my arms until you have to say goodbye. Every minute you have left on this Earth, I will love you. Let me love you.”

Absolutely beautiful book about love and having no regrets.  Every moment is precious and worth it.

He was the one rare snowflake amongst billions, one day, he would melt and be gone, and all I would have left would be a puddle of memories and his unique perfection to remember him by.

“I umm…have an executive suite on the top floor. Please. It’s all yours,” the woman finally blurted out, interrupting us.
“See,” he said with a grin, “it worked. I didn’t even have to show her the box of condoms.”
I gaped. He was unbelievable. “You make me want to kill myself.”
“Aww, baby, that’s just your headache talking.”