Log in with Facebook
or
Wrong email address or username
Sign up
Already on BookLikes? Log in!
Incorrect verification code
Please, check your email, the code to access your BookLikes blog was sent to you already.
Enter code:
« Back Send
back to top
Search tags: Progress-Update The second half of this book deals with Clea Hoffs missions is Bosnia, Croatia, Kosovo.  The field work is in some ways similar and other ways different to that in Rwanda.  Koff is also more involved in management than in field work, which provides a different perspective.  I found that she focused less on her work in the second half of the book and that her whole experience in Europe wasn't as detailed as the experiences in Rwanda.  The Mothers of Vukovar also provide a different perspective on those left behind.

I've read just under half of this book.  In this first "half", Koff details her experiences as a forensic anthropologist in the two missions she undertook as part of the United Nations International Criminal Tribunal for Rwanda.  Her job was to exhume victims of the genocide in Rwanda and find evidence to bring the perpetrators to trial, as well as help relatives identify their kin.

This is a memoir detailing the author's experiences (driving around, digging up corpses, team dynamics, social functions), thoughts about everything and anything (her job, the victims, the survivors, the scenery, her co-workers, etc), things to complain about (team work is a bitch!), and emotional reactions, rather than a book that details the scientific aspects of forensic anthropology or this type of field work.  There is some detail on how the field work is organised, but nothing terribly specific.

She starts off the Rwanda section by providing a few sentences on the genocide.  I would have liked this part to be more detailed. I just feel if you are going to write half a book about the people you dug up and their remaining family members, you should write a bit more about why those people were rounded up and slaughtered in churches and stadiums in the first place.  Also, we never  find out (yet) what the end result of all her work was?  How did it help the tribunal?  It helped some of the locals with finding/identifying family, but what about the bigger picture?

It's quite obvious that Koff is doing her dream job (she keeps reminding the reader of this) - she absolutely loves being a forensic anthropologist and keeps letting us know that she was smiling while investigating mass graves.  I find this a bit creepy, but I suppose if it keeps you half-way sane...?

Anyway, the next section deals with her missions as part of the International Criminal Tribunal for the former Yugoslavia. "No one had ever comet his high before, and no one had ever breathed such thin air.  as he stood at the top of the world, looking down upon the mountain ranges folded beneath him, Humboldt began to see the world differently.  He saw the earth as one great living organism where everything was connected, conceiving a bold new vision of nature that still influences he way that we understand the natural world."

Alexander von Humboldt was an extraordinary scientist and adventurer who influence many of the greatest thinkers and scientists of his day, and whose insight into the working of the world gave us our current concept of nature.  However, he has been largely forgotten and barely gets mentioned when compared to Charles Darwin.  In the prologue, the author states her objectives "to rediscover Humboldt, and to restore him to his rightful place in the pantheon of nature and science", and "to understand why we think as we do today about the natural world."

Part 1 of this book discusses Alexander von Humboldt, his family, his early life, education and inventions.  However, the author fails to mention his half-brother or sister who died young.  So this isn't a complete, definitive biography, and Wulf appears to be including only those aspects of Humboldt's life that she thinks is important.  Good news for those who want the basics and the science bits.

Wulf also provides a context for Humboldt by showing us the world he was born and raised in, i.e. the Age of Enlightenment.  This section also describes his relationships with the foremost thinkers of the day (Goethe, Schiller,Kant etc), and how he influenced and was influenced by these people; thus providing insight into the development of Humboldt's concept of the world with which he would view his experiences in South America and elsewhere.

"Being with Goethe equipped Humboldt with 'new organs' through which to see and understand the natural world."

Part 1 ends with how Humboldt finally got the freedom, finances and permission to follow his dreams. Being stuck on a continent whose leaders were all going to war with each other didn't help much.

"But the real purpose of the voyage, he said, was to discover how 'all forces of nature are interlaced and interwoven' - how organic and inorganic nature interacted.  Man needs to strive for 'the good and the great', Humboldt wrote in his last letter from Spain, 'the rest depends on destiny.' "

So far, this is an enjoyable and beautifully written book.  The author doesn't get bogged down with lists of dates and who begat whom etc.  The descriptions of the towns and people visited are brief and relevant to the narrative, without excessive, long winded paragraphs of filler.  One can feel the over-enthusiastic energy of Alexander von Humboldt (someone really needs to slip him a valium or a sedative!), his brother's concern for him, and the excitement Goethe feels when Humboldt visits - all from a few sentences.

The next section discusses Humboldt's trip though South America. 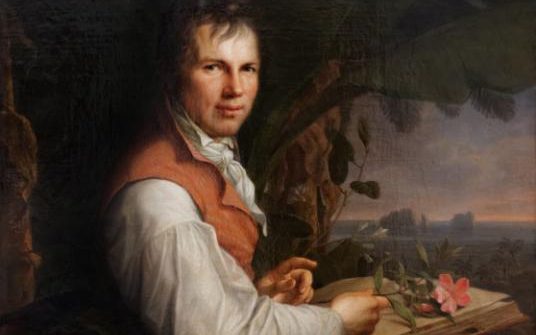 NOTE ON THE E-BOOK:  The book contains numerous illustrations and three maps which don't display very well in e-book format. I started this book like a week ago. Why is it taking me this long to read this book. It's succccccccccch a good sequel too. Hopefully I'll finish it this weekend. There's so many other books I want to read now. Sigh. The struggles of a reading slump. I wish there was more to say but damn man I am out of words. (Shocking, I know.) Ok, now I've probably over-sensitized myself, but Becky has just gained them access to their goal by solving two riddles and a puzzle; has saved the lives of three of them with her telekinetic power; and helped to capture the bad guy.

this is the accolade she gets:

"Then Edgar opened his massive arms and pulled Becky and Joe into a giant hug. ‘I will miss you both. And I shall always be your servant, your friend and your ally.’

His eyes found Joe’s. ‘Joe your bravery, your integrity, your courage is worthy of the most noble King.’

He looked at Becky. ‘And Miss Becky your kindness, your compassion, and your beauty would rival that of Artemis herself.’"

Still a very good book, but it's trying my patience.