Log in with Facebook
or
Wrong email address or username
Sign up
Already on BookLikes? Log in!
Incorrect verification code
Please, check your email, the code to access your BookLikes blog was sent to you already.
Enter code:
« Back Send
back to top
Search tags: Rachel-Cohn 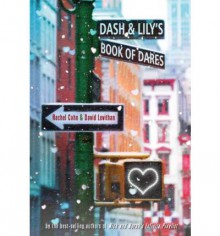 I had to read this since I saw the series on Netflix.
I'm so glad that I did too! Literary lovers will get a kick out of this rom com that takes place in the famous Strand book store in NYC.
*Fun Fact* The Strand is on my bucket list!
I was so glad that LIly and Dash had this great adventure. It almost went sour, as adventures sometimes turn, but in the end we got what we wanted and then some.
Now I plan on binging the show with the hubby. I wanna see how the show stacks up to this brilliant read!
I definitely will read more from these two authors. They have a great writing style that blends well and leaves you wanting more! 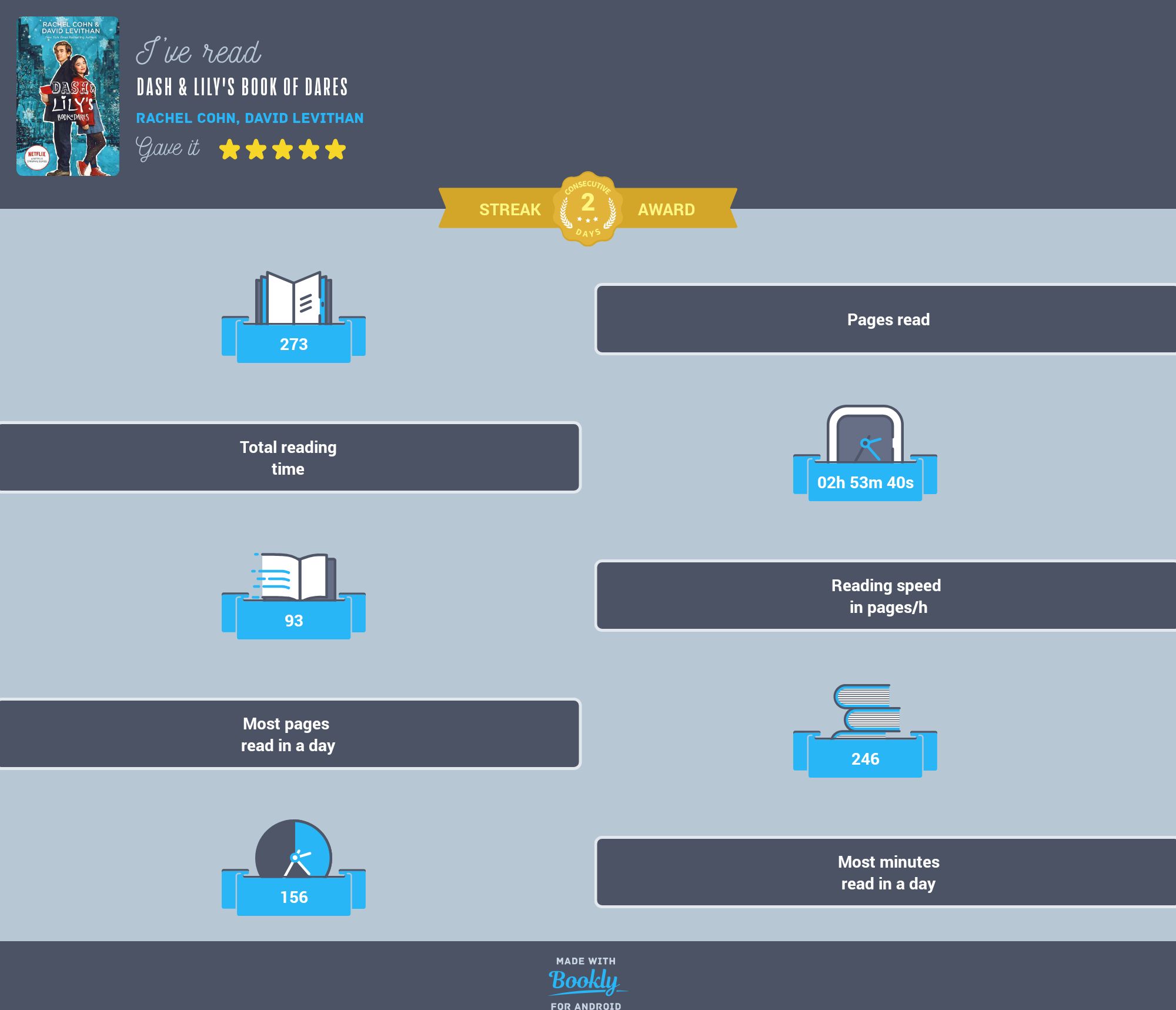 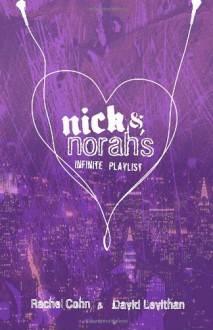 The only book by Rachel that I can't get into. maybe some other day if I ever reread it I will enjoy it more
Like Reblog Comment

The only book by Rachel that I can't get into. maybe some other day if I ever reread it I will enjoy it more
Like Reblog
show activity (+) 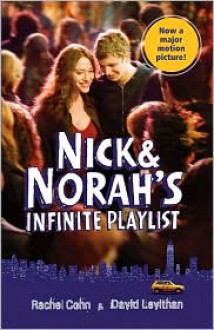 Please note that I did not give this book any stars. I rounded up to one star on Goodreads.

I read this for Romance Book Bingo 2017: Insta-love square.

This is going to be a bit ranty so I apologize in advance. I loathed this book. From beginning to end. I can't believe that a movie that I enjoyed spun off from this source material. I think at one time I wonder how many times Nick said the "f" word and decided I was too lazy to do a search via my Kindle because I just wanted this book to be over. At least it counted towards a romance book bingo. I realized after I finished I could count it towards the insta-love square. I initially was told that this was New Adult. It's not, it is Young Adult, though due to the actions of this two nitwits you have to think it was for a bunch of middle schoolers.

The book shifts POV between Nick and Norah. I am trying to think of something positive to say. I got nothing. This whole book is just a cliche wrapped in something terrible. Like lima beans. I hate lima beans. So let's go with this book is wrapped in lima beans. It has been left outside to rot in the sun for seven days as well. And then a dog comes along, sniffs it, carries it away, and buries it in the backyard.

Nick is performing with his band in New York City. He is still recovering from having his heart broken by his ex-girlfriend Tris. When he sees her in the audience with another dude, he pretty much starts spiraling. He goes up to Norah and asks her to be his girlfriend for five minutes in order to make Tris jealous (middle school actions). And then somehow they are kissing and feeling something has happened between them. I don't think they even told each other their names at this point by the way. Norah finds herself attracted to Nick, but tells herself because of her breakup with her ex Tal (by the way why the hell are these exes names beginning with the letter "T"?) that she is frigid (GOD JUST GET THROUGH THIS SO YOU CAN STOP TALKING ABOUT THIS BOOK) that Nick can't possibly want to be with a girl like her.

I maybe started rocking back and forth with the whole frigid talk. Cause I don't think that the character Norah got what it meant and I am pretty surprised the author didn't seem to get she was using that word wrong. And don't get me started on how Nick was the one to get Norah to thaw out. SHUT UP BOOK! Deep breath again.

And considering that Nick at one point was like one freaking second away from never leaving his room again and writing bad break-up poetry, I have some feelings toward the way he was all yes I guess I am no longer in love with Tris. I mean, I have given John Green's "The Fault in Our Stars" rightful crap for how teens are portrayed, but man. I feel like going back and upping my rating on that book due to this mess.

The secondary characters are Cliche 1, 2, 3, and 4. I refuse to go back and tell you who is who besides Tris who I started calling Cliche 1. Cause apparently, she realizes that Nick loves her too much, and she doesn't feel that way, so you know, break up. Though she still wants him I think. But she doesn't. And gives her used to be friend Norah tips on how to kiss by actually kissing her outside. And Norah somehow is getting turned on (and wonders if she is really frigid again). I at one point wondered did I somehow wonder onto the Literotica site and realized, nope, still reading this book and thought about hunting down the Book gods and sacrificing 10 dictionaries in order to have something like this never happen to me again this year. I can't read any more terrible books. I may go into a reading slump and not climb out for three months like the year before last.

The plot is just two teens chasing each other around New York playing a game of do you really like me. That's all I got.

The writing felt and read very amateurish to me too. And repetitive.

“We are the ones who take this thing called music and line it up with this thing called time. We are the ticking, we are the pulsing, we are underneath every part of this moment. And by making the moment our own, we are rendering it timeless. There is no audience. There are no instruments. There are only bodies and thoughts and murmurs and looks. It's the concert rush to end all concert rushes, because this is what matters. When the heart races, this is what it's racing towards.”

“My heartbeat accelerates. I am in the here, in the now. I am also in the future. I am holding her and wanting and knowing and hoping all at once. We are the ones who take this thing called music and line it up with this thing called time. We are the ticking, we are the pulsing, we are the underneath every part of this moment. And by making this moment our own, we are rendering it timeless. There is no audience. There are no instruments. There are only bodies and thoughts and murmurs and looks. It's the concert rush to end all concert rushes, because this is what matters. When the heart races, this is what it's racing toward.”

The flow of the book was not great either. It just snaps back and forth between Nick and Norah. And since when we see Norah's POV, Nick seems kind and control, and when we switch to Nick he is too busy thinking of the "f" word or some other damn thing, I was not getting this kind, wise, and sweet guy that she was. Also who the hell falls in love in like a few hours? Ugh. I have to stop, I just want this book done.

New York would not be a place I want to visit after finishing this book. It never comes alive. We have Nick and Norah rushing from points A to B throughout the book and I never got a sense at all where the heck they were. I just gave up and kept reading so I could finally be at the end. 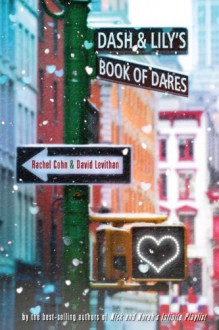 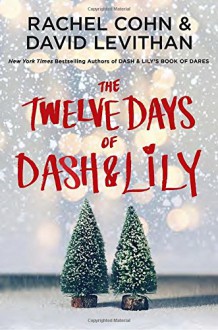 I've yet to read something by David Levithan that didn't charm me and touch my heart. With that in mind it shouldn't be a surprise that all of Dash's sections were my favorite parts of this book. While Rachel Cohn is a good author I just didn't connect with Lily the same way I did to Dash. While this is at its core a cute, playful, and fun little teen romance it did have moments within it if depth and insight, which made it stand out among its peers. Glad I read this one during the holiday season - it added some cheer and magic to a busy season.

If you enjoyed Dash & Lily's Book of Dares you'll enjoy this book too. The story picks up one year later and chronicles Dash and Lily's second holiday season together. I read both books back to back and it really felt like a seamless continuation of the story. I particularly liked the insights on how the transition between a fresh new relationship into an older and deeper one can be rocky and confusing. Again I found myself enjoying Dash more than Lily, especially since she's a ball of doom and gloom in this one. Still, this felt like a satisfying expansion (and conclusion I'm guessing) of their story.