Log in with Facebook
or
Wrong email address or username
Sign up
Already on BookLikes? Log in!
Incorrect verification code
Please, check your email, the code to access your BookLikes blog was sent to you already.
Enter code:
« Back Send
back to top
Search tags: Revenants-series 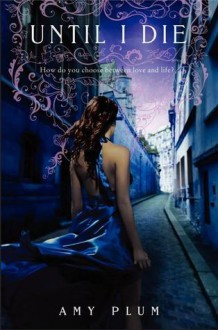 I absolutely loved the first one. I loved Vincent so much and he instantly became a book crush. Both he and Kate made a great couple, and although they had the chemistry going on, their relationship sort of went in the way of the overall plot.

The plot had great potential and it was just as exciting as the first book. I loved the idea of the Revenants, and Kate managed to develop into a stronger character (remember the middle finger incident? haha!). My favorite characters still are Jules and Vincent. Their personalities are likable and I’m glad they haven’t changed a bit.

Although the book was a good one, there were quite a full lulls throughout the story, and as mentioned before, Kate and Vincent’s romance marred it. Don’t get me wrong, I love them both together, they had wonderful chemistry and a great romance, but I don’t want to read their sappy one liners, and how much they love being in each other’s company. I want the plot to keep going, I want to see the action, I want to see what next suspenseful thing is coming next. But I’m stuck reading on love and kissing scenes. Not quite what I had in mind. On top of that, the action really happens in the last 50 pages. So it felt as if time was wasted.

So, it’s worth a read because it’s the second in the series, but I’m hoping the third will be better. A little less on the sappy romance, more action on more Revenants please! 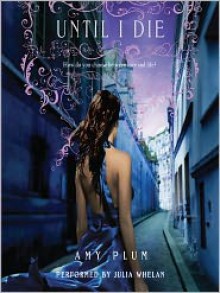 I had not expected to enjoy this book as much as I did. That surprise in and of itself grants an entire from me.

The story starts out well enough, with our main characters in the midst of normal life. But things pick up quickly, making for some suspense and mystery. There are more surprises in store.

The plot is much better in this installment. There's a point to the action, and there is good action which is well-paced. I didn't get bored, and I had a hard time figuring out who the bad guy was. Points for maintaining the mystery, Amy Plum, because I'm pretty good at guessing the answers.

As for the characters - well, of course Vincent remains the absolute perfect, romantic, adorable, good-looking, amazing boyfriend ever invented. Plus he's French and he says things like "mon ange" (my angel), so nuff said there. Kate is the girlfriend he may or may not deserve; she's no dummy, but she does tend to act based on questionable conclusions. Georgia is wonderful and we get to know her a little better; she's not quite the dumb blonde she was in the first book, although she is pretty stupid at the end. Jules, Charlotte, JB, and Gaspar remain their steady selves. Artur and Violette are some nice additions, and they add a well-rounded flavor to the plot. And Ambrose is his usual entertaining self.

This installment ends with a shocker cliffhanger ending, although it wasn't quite the jaw-dropper I thought it would be. Amy Plum may send us over the edge, but she does at least leave us hanging by a thread. This is a great setup for the final book.

The audio narrator for this book is Julia Whelan. With the audio you get the added bonus of her version of French accents for everyone. Her characterizations are good. So while she's not the most amazing, off-the-charts narrator ever, she is still very good.

I will say that this book is markedly better than the first. If the third book continues on this path, Amy Plum will have an excellent series on her hands.
More posts
Your Dashboard view:
All Reviews Text Photo Quote Video URL Activities
Liked posts Top Tags
Press About Terms of Services Privacy Policy Contact Us Blog FAQ Patronaty medialne BookLikes for Authors Partners panel more...
Team Themes Docs API Blogs
Copyright © 2020 BookLikes