Log in with Facebook
or
Wrong email address or username
Sign up
Already on BookLikes? Log in!
Incorrect verification code
Please, check your email, the code to access your BookLikes blog was sent to you already.
Enter code:
« Back Send
back to top
Search tags: Reviews-to-Write 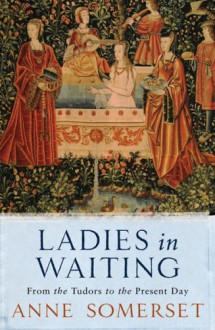 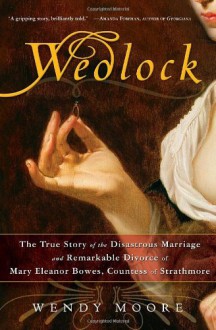 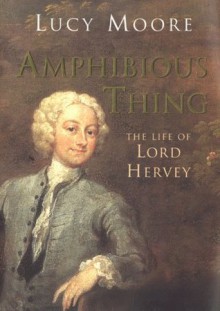 Hack Attack: The Inside Story of How One...

I was organizing a list of some kind yesterday (I forget if it was the Amazon wishlist or the ereaderIQ list that started all this) and suddenly I found myself saying "oh I give up, I'm just getting them in paper." Partly because I was waiting for the ebook price on one to go down, which it hasn't. And partly because my effort to track some of them down at libraries didn't go very well - the problem is that because some of the books are on such a specific topic, even a city with multiple college libraries might not have them. So rather than spending the gas money (or the time), I opted for the paper.

Also it is seriously hot outside. Vacation time on the surface of the sun. Ugh. I do not do well in heat. So, online purchasing time while sheltering inside. Summer is definitely the proper time to hibernate.

Anyway, the three are:

Ladies in Waiting: From the Tudors To the Present Day by Anne Somerset

Discovery method: it was listed in the bibliography of Ladies of the Grand Tour, or was it Mad Madge? I've read and love both but have been lazy and not written the reviews because I have sooo many pages of notes and quotes to pick through.

(I do however note that Somerset's recent book has an ebook option, which is a good thing if I like her work.)

Wedlock: The True Story of the Disastrous Marriage and Remarkable Divorce of Mary Eleanor Bowes, Countess of Strathmore,  by Wendy Moore

Publish date 2009, ebook price has been $9.99 for years now and a used hardcover book was cheaper, even with postage added in.

Discovery method: I'm pretty sure it was Bettie's review, and then I read the wikipedia account and really wanted to read more. (Also, is that a long title or what?!)

Amphibious Thing: The Life of Lord Hervey by Lucy Moore

Discovery method: read about him in current read The Courtiers by Lucy Worsley and wanted to read more. Actually I wanted to read his memoirs, but those seem annoyingly hard to find - especially annoying when so many other memoirs from his time are available for free online. (This may have something to do with his bisexuality, but that's a guess.) Anyway, I have another book of Lucy Moore's - The Thieves Opera - which I liked (but haven't finished), so this one seemed a good purchase. Plus the fact that there aren't many other biographies of Hervey out there.

And now something I rarely do - a pre-order:

Hack Attack: The Inside Story of How the Truth Caught Up with Rupert Murdoch, by Nick Davis

Discovery method: I followed all of Davis' reporting in the Guardian during the whole hacking hooha and am hoping for a good "this is how we researched the story" type of journalism-saga. I've partly read another of Davis' books, Flat Earth News, but I only made it about a fourth of the way in and then set aside. (And then it went into the Packed Into Storage pile.) It was somewhat interesting (no citations though, which bugged me), but in a media-scholarly way and not a fun-and-fascinating way. So we'll see what Davis does with book.

What does all this have to do with the whole publishers (specifically Hachette) vs Amazon?

[Short version, because I drone on a bit and you may have other reading to get on with: Because I still buy Amazon ebooks and own a kindle I do have that bias - and I have this weakness for ebooks priced under $5. Doesn't mean I completely love/trust Amazon - in fact I'm more often critical of them. But I also don't think I know enough about publishers' motivations either, so I don't really have a side on Amazon vs Hachette.] Here's the next volume in the series and already things are getting interesting. We not only get to learn some of the politics playing behind the scenes in this stand off but we also learn of a terrible disaster in this war's past. We also see both sides of a discussion on just how far should the library protect it's patron's privacy.

Read more
Reread Awesome Heroines 2014 2013 Manga Graphic Novel Books I Need to Buy Reviews to Write Brilliant Averageness Far-fetched Fiction Shoujo The Shelf of Awesomeness! Where Was This When I Was Young? YA
Like Reblog Comment
show activity (+) This is a reread for me and I'm trying to figure out why I didn't write one in the first place! (Might have something to do with reading at the same time I was binging on my library's complete One Piece collection of manga.) I was sold on the idea of this manga from the first moment I cracked open the cover and I can't wait until the anime comes out.

Read more
2013 2014 Awesome Heroines Books I Need to Buy Brilliant Averageness Far-fetched Fiction Graphic Novel Manga Reviews to Write Shoujo The Shelf of Awesomeness! Where Was This When I Was Young? YA
Like Reblog Comment 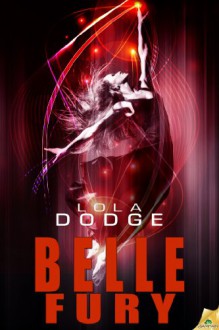 My Initial Thought: Another sexy addition to the Manhattan Ten! <3 *Review coming soon*