Log in with Facebook
or
Wrong email address or username
Sign up
Already on BookLikes? Log in!
Incorrect verification code
Please, check your email, the code to access your BookLikes blog was sent to you already.
Enter code:
« Back Send
back to top
Search tags: Tame 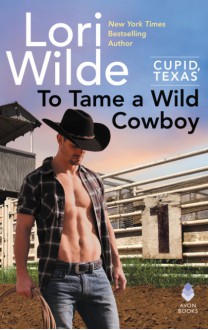 One minute, Rhett Lockhart is a love ‘em and leave ‘em bull rider with a slow, sexy smile, a swagger, and not a care in the world. The next, he learns his free-wheeling days are over: a baby has been abandoned in the hospital, and there’s no question: he’s the father. But from the first moment he gazes into his daughter’s eyes, he knows the moment has come to say ‘no’ to no-strings. It’s time to grow up. Standing in his way is the baby’s foster mother, Tara Alzate, who doesn’t quite believe Rhett is ready to change his ways. Still, she’s not not immune to his considerable charms. So when he proposes a marriage of convenience and shared custody, against her better judgement, she says “I do.” Can Tara tame this wild cowboy and make her own, long-buried dreams come true?

This was a really good book until about 50% in. I really liked both Tara and Rhett. My heart really bled for Tara and I was rooting for Rhett as he fell in love with his baby. Then about halfway through, when Rhett goes on being Rhett, I felt like Tara did a complete 180 and it really soured me towards her. I know that in her POV, she’s not as strong-willed towards him as his perception of her, but I felt like she just let him run right over her, and yes, I know the author did that to move the plot along, it just really took me out of how much I felt about the story.

The wandering playboy finally becomes a man. To Tame A Wild Cowboy goes from hopelessly immature to coming of age. Lori Wilde shows us the beauty of growing up and the heartache of falling in love. Rhett is in for the surprise of his life times two. One adorable baby girl will change two lives and help two lost hearts finally find their way home. Wilde put the three S's on display. Sexy, sassy and sweet will steal away with any heart. 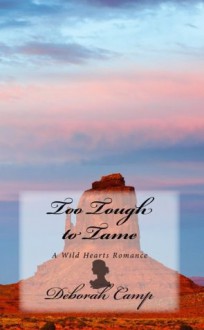 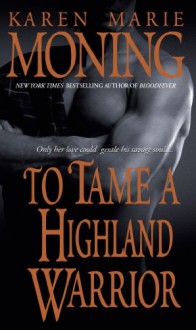 At fourteen he found his father crouched over his mother's battered, bloody body...That same night, his home and his clan were attacked by an enemy clan and Gavrael Roderick Icarus McIllioch sold his soul to Odin in exchange for the strength he needed to save his home, becoming a legend, a Berserker.

Not wanting to have anything more to do with his name, especially the madness his father professed coursed through the veins of their clan—the madness that surely made his father kill his wife—Gavrael became Grimm Roderick, spending the next fifteen years in the employ of the king, trying desperately to forget his legacy...And the beast inside him.


This is one of my favorite books in this Highlander. It has it all, a legendary warrior, secrets in the past, determined enemies, and a pair of star-crossed lovers caught in the midst of inner and outer turmoil as they navigate their epic romance.

This book stars Grimm Roderick, Hawk's best friend and captain of the guards and the wish upon a fallen star Adrienne made at the end of the previous book. Because that wish came true. ;)
I loved Grim to bits. What's there not to love about an obtuse man so utterly and completely in love with a woman that it's made him stupid. So stupid in fact, he tries to push her away for almost half the book and almost accomplishes his goal in the second half. Yes, he was an idiot, a jerk and as ass, but at least he had a reasonably good excuse for his behavior (a wrong one, but he didn't know that until almost the end).
So he hurt the woman he loved, and, bless her heart, she endured. Lucky for all of us, Jillian was too stubborn for her own good and once she realized the truth about how the man truly felt for her, she dug in, and refused to be defeated.

I just loved these two together, how they changed from the aloof, poised individuals they were separately, into bratty, sometimes childish, and rather stupid couple that was the epitome of the saying "if he teases you, he likes you". There was a lot of metaphorical hair pulling involved, but once they crossed the proverbial line in the sand, their feelings, their connection was almost palpable.

But because this is a romance and the story isn't short, there were quite a few hurdles to overcome before the requisite HEA, but instead of the story feeling stretched out and overblown (like Beyond the Highland Mist for example), the reader (at least this reader) was so "involved", having come to know the characters, what drove them, what drove the conflict, and having seen what could be, that the pages simply flew as fingers were being crossed that all would end well.

The overall conflict between the McIllioch and McKane clan was also very well done, and rather "realistic" in terms of combating force (compared to the mystical elements involved in the previous book). This conflict wasn't between a human and Fae, but between two Scottish clans, echoing the savagery of the time and the locale in which the story is set.
Though we never got to see a real battle, the "danger" was there.

But what I liked most of all, beside the romance and the main couple, in this book, was the supporting cast, especially Quinn, Grimm and Jillian's friend and the voice of reason in their love story (wonder if he'll ever get a book), and Balder, who made an appearance quite late in the book, but had by far the best lines in the whole story.

Gone were the inconsistencies of the first book, this one was well-written, well-paced, offered a pretty good twist of a bad surprise in the end, and delivered one hell of a romance. I'm still starry-eyed. ;)

The cover for To Tame A Wild Heart by Gwen Mitchell is gorgeous. I love the colors that pop off the page. What do you think? Does it catch your eye and make you want to know more?

Tonight’s the night. She’s leaving this shithole dungeon that is Parkview Sanitarium.

Start by shedding the straight jacket she is wearing. Time to put her powers to work. I love her ability to become invisible. I think that would be so cool. Just think of all the things you could do.

Corvin has been trained in the way of the Synod, but he wants no part of it. He is a falconer, a bird whisperer, if you will. He just wants to take care of his birds and be left alone. UNTIL…

His mother demands that he do his part by mentoring someone and Audrey just happens to make an appearance. Snatched out of the sky after jumping from a window to escape the sanitarium, she ends up here. But, where is here? Secrets will be revealed in due time. Til then…

She will take the knowledge they can teach her, but she won’t drink the Kool Aid. She curses a lot…and, well, I can relate to that. lol

Audrey is strong, patient, determined, loyal, and though she is damaged, she knows the difference between right and wrong. She keeps her guard up, sleeps with one eye open, and trusts no one. She will do what is necessary to achieve her goals. Her and Corvin have more in common than either knows.

I think a romance is brewing. The attraction is mutual, though they both try to deny it. It is a slow brewing love. As they train together, learn to work together, finally trust each other, she reveals her mission. Lilly. She promised Lilly to return for her.

“No promises. I don’t play well with others.”

To Tame A Wild Heart by Gwen Mitchell has all the goodies I look for in a paranormal romance. Heroes, demons, battles, good and bad and in between, love and romance, sadness and happiness and lots of action from the opening pages to keep me reading.

There will be more to this series and I am eagerly waiting to see what comes next.

I voluntarily reviewed a free copy of To Tame A Wild Heart by Gwen Mitchell.

MY REVIEWS FOR GWEN MITCHELL