Log in with Facebook
or
Wrong email address or username
Sign up
Already on BookLikes? Log in!
Incorrect verification code
Please, check your email, the code to access your BookLikes blog was sent to you already.
Enter code:
« Back Send
back to top
Search tags: Tentacle-Monster! 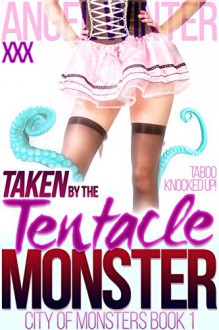 A mysterious laboratory accident, monsters making the streets unsafe after nightfall and a dumbass virgin walking home long after sunset. You see where this is headed, right?

Ok, first off, I cannot just let this one tidbit go: it starts at 6% and ends at 51%. Seriously. This is wrong, wrong, wrong. Do not do this to readers. Ever.  Also, that cover. What the fuck is she wearing? Tara The Dumbass Virgin (henceforth referred to as DV) is not wearing anything like this and the author’s name is not visible. Bad cover. I like the tentacles though.

DV’s asshole boss makes her work late even though it is common knowledge that the streets are unsafe after dark. Instead of telling her boss to go fuck himself or threaten a lawsuit for having to work past dark, DV works late and then, instead of taking a taxi home, she walks the 20 minutes to her place. In the dark on unsafe streets. Then seems surprised when she’s accosted by a monster who wants to deflower her and get her preggers. Omfg! I’m done. Just die already. But she won’t because the monster wants her to breed his spawn. *sigh* Moving on. 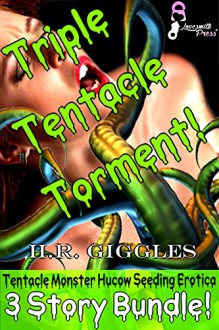 When it comes to the plot, all I can say is, thank goodness none of my family is on GR - they'd have a heart attack and pepper me with awkward questions as to why I would want to read a book about alien tentacle sex and impregnating human women with alien spawn - and thank goodness for the privacy of a password protected Kindle (no one at home realises that 90% of my Kindle books are romances) - I would probably have a heart attack if my grandad came across a copy of this sitting on the coffee table and wanted to know what it's about. 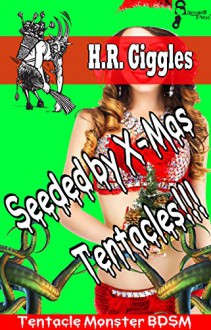 It’s Christmas Eve and Clarise is waiting for her husband to get home from work. While she waits she bangs the garden guy, takes a shower, has a glass of wine, opens a present and then gets the surprise of her life when a nasty, multi-tentacled monster comes down the chimney and introduces himself as Krampus. And we all know that Krampus punishes naughty boys and girls. You gotta feel bad for Clarise. Or maybe not.

First off, this is yet another story that short changes the reader. It starts at 22% and ends at 80%. No. Just, no. This is evil, inappropriate and pisses me off. I picked this up through KU, but if I had purchased it I would have returned it. Huge no-no and a fine way to alienate your readers. Don’t do this.

Tentacle lovers, unite! This is a hilarious smexy story about a man with some extra "limbs" to help with the ladies. He is also Scottish with the sexy accent and he wears a kilt! Really, what more can an adventurous lady ask for in a lover?

Ms. Tunstall warns the reader this story blooms from a discussion (probably involving adult beverages) about monster erotica. Little does she know that there are avid fans of tentacle sex. This story is very sweet. Instead of tentacle horror, it's tentacle innocence as virginal Angus is ravished by a voracious marine biologist, Sasha. The humour in this short story is spot on. The characters are cute and the sex is hot. If this is what Ms. Tunstall pens on a lark, then her more serious work is a must read. I thoroughly enjoy her writing style which is filled with vivid imagery and humour. This is a tastefully written erotica recommended for romance lovers who like monogamy and triple penetration. 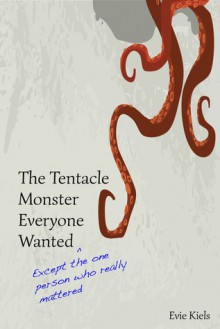 I'm not quite sure how to feel about this one...I'm pretty much split down the middle. This was a very cute read with some fluffy crushes and flushed cheeks. This is my first tentacle read and I'm not quite sure if I like it or not, the story was just way too short for me to decide. It was also very mild, more mushy than sexy. I would like to know more about this relationship and to carry on with the M/M journey.
More posts
Your Dashboard view:
All Reviews Text Photo Quote Video URL Activities
Liked posts Top Tags
Press About Terms of Services Privacy Policy Contact Us Blog FAQ Patronaty medialne BookLikes for Authors Partners panel more...
Team Themes Docs API Blogs
Copyright © 2021 BookLikes