Log in with Facebook
or
Wrong email address or username
Sign up
Already on BookLikes? Log in!
Incorrect verification code
Please, check your email, the code to access your BookLikes blog was sent to you already.
Enter code:
« Back Send
back to top
Search tags: Terry-McMillan 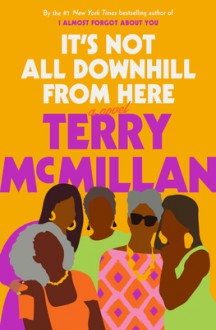 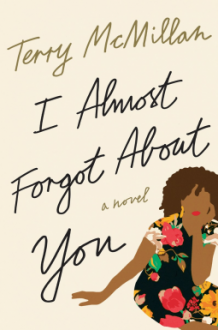 I Picked Up This Book Because: The author
The Characters:

This wasn’t a terrible book but the focus and insistence that Georgia's friends and family put on her being single and that she HAD TO find a man to make her life happy and complete annoyed me to no end. Don’t get me wrong, if you desire to share your life with someone that’s wonderful but this book makes it seems like your just nothing unless you are coupled up or at least screwing someone be he married/engaged/single. Yeah ,no not okay.

I liked Georgia. I liked her spirit and the fact that she was willing to make changes in her life when she found she was dissatisfied with the way it was going. She is a loyal and forgiving friend and a tireless and loving mother. She tried new things and yes not all of them worked out but she was willing to try when most people are not. I’m glad she found her happily ever after.

To be honest, this book went on too long and annoyed me to the point of almost DNFing. The writing is not bad and it’s really highly rated but just not for me.

I appreciate a romance that is acerbically funny rather than cloying and this one gets bonus points for a main character and her romantic interests who are middle aged and dealing with all the life issues that go with it. The characters, their relationships, and the events felt real and not too improbable and the dialogue was snappy. I enjoyed it so much that it mostly overcame the usual fatal flaw of having been written in first person, present tense. Normally, I’ll DNF those immediately, but I was actually able to forget the style and fall into the story for the most part.

Audiobook, borrowed from my public library. Audiobooks read by the author tend to be pretty hit/miss, but MacMillan did a terrific reading, especially with the dialogue.

Please note that I gave this book 4.5 stars, but rounded it up to 5 stars on Goodreads.

I liked this one much better than "Getting to Happy". I was so disappointed because that whole book felt like a shallow sequel to some truly memorable characters. In her latest, McMillan does what she does best. She focuses on one character, her family, and where she wants to be in her life now that she is about to be 55 and realizing that the path she chose may not be what she really needs in the end.

Georgia Young is an optometrist living in San Francisco and wondering why is she in a huge house by herself. Twice divorced, and single for a couple of years, Georgia is wondering if now is a good time to pull up stakes and start doing something new. She has two adult daughters who don't seem to need her as much, and her mother has a new romance she is fixated on. While talking to one of her best friends, Georgia then starts to reminisce about the men in her past and wondering what became of them. Doing what most people would not dare to do, Georgia decides to revisit her past relationships in the hope that it can show her what she needs to do in order to move on to the next phase of her life.

I loved the character of Georgia a lot. She tried very hard not to stick her nose into her daughters business without being asked. And you could see how much she wanted to say some things too. Also Georgia's two best friends Wanda and Violet were a trip. Getting to follow Georgia as she looks at her past relationships and even looks back at what happened in her two marriages was really interesting too.

I thought that McMillan did a great job with developing most of the secondary characters, except for Violet. I did not get what her deal was and why anyone was even friends with her. Especially when some things about her came to light in the end.

Having Georgia go back to former relationships I thought was great. Even when I thought she should leave well enough and not be bothered by some of them. Heck sometimes people's past should stay there in the past. That said, I liked how if you were paying attention, you could tell that one of these guys (not saying who) was going to be more important than the other ones. I was glad to see that I was right too. And I liked how Terry McMillan flipped what people were thinking the story was going to go.

I thought the writing was really good. I thinks sticking with one character throughout the story really helped and we didn't have to worry about popping in and out of other people's heads. I also laughed a bunch of times while reading this. Probably because some of Georgia's interactions with her family and friends reminded me of how I act when I am with my family and friends. And when we get to Georgia finally taking her long awaited train trip, I laughed a lot. In fact I had to re-read that section like three times. I think McMillan has traveled by train and is not feeling it.

I thought the flow was pretty good throughout, though I thought the whole she must sell her home subplot really dragged sometimes. Sometimes the story would jump ahead weeks or a few months and I would go, wait what just happened.

The setting of San Francisco was utilized really well. I loved San Francisco when I visited years ago, and can't imagine trying to move from there to go anywhere else.

The ending was satisfying, but I wish that the epilogue had been a bit longer to wrap things up even more. It was just enough to tell us what happened to key people. However, I wanted more details.
Like Reblog Comment

"I Almost Forgot About You" by Terry McMillan

This was one of those reads that you will not want to put down this engaging and entertaining read until the end. The author offers the her readers so much in her read from relationships between best friends. ex-spouses, ex-lovers, parents, children, grandchildren, friendship, humorous, with some very interesting characters, love of family, second chance with a past lover, gay, lesbian, self discovery, to commitment and even more you may find when you pick up the read.

I loved reading about Dr. Georgia Young[African-American] who was a Optometrist in her mid 50's, twice divorced, two daughter and now she thought it would be a wonderful idea to contact her old lovers and let them know just how much they had meant to her in her life. Just why would she want to do this? To find out you will have to pick up this well written read to see how and why this author brings it out so well to her readers. What will Ms. Georgia who was a 'home owner, attractive and independent' find out about her life as she looks back on what has gone on the first half of her life?

Be ready for a little bit of it all as the readers are lead on a journey.....from "love, regrets, romance, love inspiration" with a wonderful protagonist that will keep it so real to the readers from page one to the end.

What I especially liked about "I Almost Forgot About You" showed that just because you are in your mid 50's [or whatever] doesn't mean you are at the end of your life...for many it may be time to start a brand new chapter.

Thank you 'Blogging For Books' for gifting this read to me for my honest opinion of the read.