Log in with Facebook
or
Wrong email address or username
Sign up
Already on BookLikes? Log in!
Incorrect verification code
Please, check your email, the code to access your BookLikes blog was sent to you already.
Enter code:
« Back Send
back to top
Search tags: The-Beholder 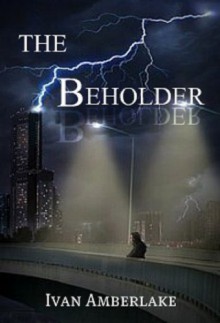 The Beholder is a tightly packed and well written fantasy story. It's quite youthful in its tone, but its content is too adult for the Young Adult genre.

I liked the male protagonist, Jason. Especially his mental battle and emotional and personal growth. Though the Insta-love bothered me a bit.

Emily is an interesting character, but I am not sure what to think of her. She seemed a little too good to be true to start, the at the end... Well I just don't know what to think.

The puzzles that still plague Jason at the end of the book were, rather annoyingly, what I wanted to know about, so I felt a little miffed about that too.

I can overlook it though, because the second Beholder book is available already.

I liked Ivan's writing, I found that with his other book too, but I don't know if I'd call this a thriller.

I noticed a couple of things:

5% - consistency issue: Jason arrived at the office in the morning for the meeting as he walked in, then worries about recounting the afternoon's events with his boss. 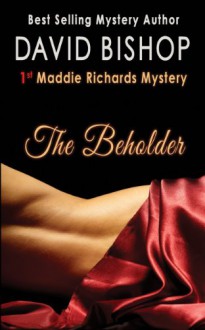 Serial killer detective novel set in Phoenix. The main protagonist is Maggie Richards, a detective sergeant, given responsibility of cases of murder with body mutilations involved.  The eventual killer comes as a bit of a surprise (although i had my suspicions) - and not totally believable in my opinion.

A good police procedural, fairly bog-standard but enjoyable and entertaining nonetheless. Engaging and generally well-written - some interesting similes and metaphors make the writing a little unconventional at times. 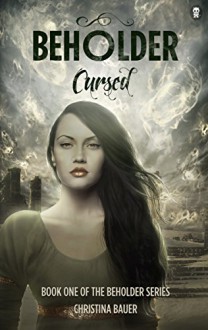 Elea is a nineteen year old girl who has finally became the rightful owner of Braddock Farms. Ever since she has become the owner she has had more suitors than a princess, one more than she ever wanted. All she wants is to be left alone to do her chores and to live her life in piece without someone always knocking on her door.

One day she gets wood that her best friend Tristan is in trouble and needs her. When she makes her way to Tristan she finds that he has been cursed and is dying. He explains how the curse works to her. After words the only thing she is concerned with is finding a way to break the curse otherwise she will die too. She has five years to break the curse or it is lights out for her.

Elea is also a necromancer and knows how to use her magick for helping out with the chores on the farm sometimes but nothing that is considered very powerful. And powerful she must be if she is going break the curse. So what does Elea do? Well the only thing she can do and that is to find someone who is willing to train her.

On her journey to break the curse she meets a powerful Caster, Rowan, and the sparks begin to fly between them. This is something that necromancers have no knowledge of or at least they are supposed to have more control than that over their feelings or so she has been taught by her sisters in the Cloister.

Can Elea break the curse before her time is up? Can she save Tristan? Can she save all of her new friends from the hands of the Tsar? As Tristan says “I can’t tell you”. You will just have to pick up your copy to find out. You won’t regret believe me cause I sure haven’t. Cursed will take you on an adventure of a lifetime filled with magick in only one weeks’ time more or less. I can’t wait for book two to see where Elea and her friends take us next in their journey. 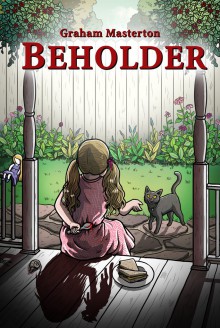 I was asked to review this by OpenBooks.com. Or at least, it was politely suggested.

This is a short story by Graham Masterton about one creepy little kid. Like, seriously creepy. My best friend's game over when it comes to horror is creepy kids (mine's aliens, in case anyone was curious) and I could just imagine her face when the kid got going. It's fairly short, only about 22 pages and took me maybe fifteen minutes to read.

To start, I want to say this story is not my type of horror. I prefer supernatural and monsters. This one is purely gore related. So that made it hard to enjoy since that kind of horror has never really appealed to me. I don't mind it, it's just not my cup of tea. So other people might enjoy it more than I did for that reason.

Here's what was good about the story: the twist. That part was very cool and I could feel my pulse go up a bit once it was revealed exactly what made this story horror. It wasn't something I saw coming and so there was a fun element of the shock. The story itself was also very original and I can appreciate it.

Unfortunately, the story had some problems that made it so overall I didn't particularly care for it. One was the pacing. When the story got going it was great, I didn't want to stop reading. Unfortunately, it took about 4 pages to get to that point. When I was an editor for my school's lit mag, our policy was that if you weren't hooked by the first couple of pages, we stopped reading. I pushed through for the sake of a review but I never like having to push through a story.

Part of the slowness was due to the narrative style. It's told completely from the perspective of the child and that just didn't work for me. It felt more silly and monotonous at a lot of points and blood had to be spilled for there to be any suspense. That was disappointing for me. The other issue I had with the narrative style is it felt like it was trying too hard to read as from a child's perspective. Like, how an adult thinks a child would think. So yeah, it just didn't work for me.

Finally the ending. It just sort of ended. I didn't really feel anything due to how abrupt it was. In my opinion, it could have been fleshed out a little more. It had a kind of haunting last line, just not enough to really stick with me.

So overall, I wouldn't really recommend this one. I give it 2 out of 5 stars since the writing was decent and the scare was good. I just wouldn't read it again and that's why I wouldn't recommend it. Read at your own risk, I guess. 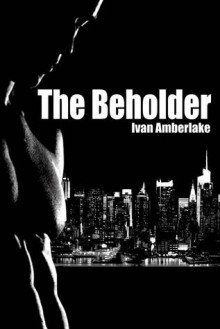 The prologue really hooked me in the beginning of the story. I loved getting that big rush of action and supernatural elements right off the bat. You already get the sense that this book is going to be about good versus evil because of the characterization of those surrounded by the darkness and those surrounded by the light. I thought it happened to be a great hook and piqued my curiosity.  However, I was a bit disappointed that action didn't continue longer into the beginning of the story, it turned into a regular business day for our main character which is understandable but not very fun.

What really caught my attention about this book was that the Jasons' friends played a major role from beginning to end. I liked the fact that Jason had this support system from the very beginning and he didn't just pick people up as he went along. Most urban fantasies the characters just find tag along buddies and suddenly trust them, it lacks history.

As for the main character, I thought he was a pretty normal guy on the surface. Nothing about him seemed to extraordinary. His vivid dreams, out of body experiences and powers are what set him apart. Jason seems to be torn about his experiences though, on one hand he's terrified of everything that's happening to him but on the other he's determined to do whats right. I give the author points for making an MC that's more relate-able and believable to readers.

Jasons love interest in the book happens to be Emily who kinda reminds me of one of those Sailor Moon characters. She glows bright white and fights all the baddies off. I felt she was a bit wishy-washy at times which took away from her character. At one point she's tough but then she's not, an then she's back to being tough. I figured the author did this because he wanted to show Emily could rely on Jason to protect her since he was suppose to be their savoir.

The evil guys were all creepy and odd, pretty much psychos. None of them seemed to have anything relating to a conscious or any sort of humanity. They did as they pleased and really believed they were unstoppable. The all out war between light and dark was pretty intense and different from what I had expected.

The action,drama and relationship developments really added to this book. I felt this story was well written and executed,  more so than most other urban fantasies. The concept was pretty original and stood out against other books with supernatural elements. I'd recommend to others interested in this genre.