Log in with Facebook
or
Wrong email address or username
Sign up
Already on BookLikes? Log in!
Incorrect verification code
Please, check your email, the code to access your BookLikes blog was sent to you already.
Enter code:
« Back Send
back to top
Search tags: The-Likeness 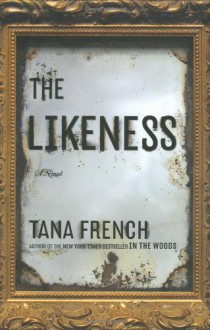 The second of Tana French’s Dublin Murder Squad series, the Likeness, casts its spotlight on Cassie Maddox. The witty and fearless detective appeared in French’s In the Woods as the main character’s partner and best friend. This time, Cassie takes on the role of narrator, and tells another thrilling story of events that take place after the conclusion of the first book. Readers would definitely benefit from reading the first novel, but would not find it necessary in order to enjoy this one. Cassie, having now moved on from the Murder Squad into a new position in Domestic Violence, gets a call from her boyfriend, Sam (who is still with the Squad). He asks for her help on a curious case that he has just been called out on. When she arrives at the scene, Cassie is surprised to also encounter her former boss from the undercover division. Frank Mackey was her supervisor when she left that job after being injured while on a mission. His presence at this scene is explained when she sees the victim. Not only does the dead woman look exactly like Cassie, she also had been using her old undercover identity, “Lexie Madison.” Frank wants her to use both her undercover and murder squad experience to impersonate the woman and solve the mystery of her death and discover her real origins. The real challenge would be deceiving the classmates that the deceased was living with- a group of strangely over-attached misfits from the college nearby. They seem to know each other to an uncanny degree, won’t talk to outsiders and are, of course, the main suspects in the murder investigation. Cassie needs to infiltrate their group and maintain their trust, using only phone video recordings to get into character. As she gets deeper into the ruse, she contends with her own search for belonging and a burgeoning desire to discover what she really wants for her own future. What is so amazing about this book is that it requires a huge suspension of disbelief and acceptance of extreme coincidence on the part of the reader-a feat that only a writer as skilled as Tana French could evoke. The next book in the series, Faithful Place, continues her exploration of different character arcs with a story involving Frank Mackey. Mystery fans who enjoy a more literary style, doppelganger fiction, and the 1992 novel Secret History (by Donna Tartt) would find much to enjoy in French’s excellent second outing.
Like Reblog Comment
show activity (+) 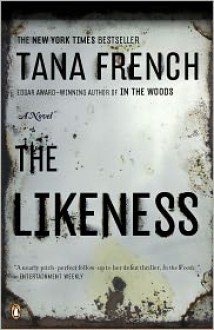 OK Story, but not as good as the first book in the series. I read this awhile back and posted my review on Amazon, but just got around to listing it here.

I thoroughly enjoyed the first book, 'In The Woods'. The Irish murder squad worked a compelling plot, actually it was more like two plots that intertwine - it was excellent! Anticipating the same type of plot movement in book two, I started 'The Likeness' and was quickly disappointed.

French did a good job with setting and character development, however, the plot wasn't very suspenseful. It was all based on the nervousness of being undercover and trying to fool (trick) four close friends of the murder victim. Like the technique other current authors are doing lately, French was in the head of the protagonist most of the time. . . not my favorite type of writing.

Once in awhile being inside their thoughts in a tense situation is good, but when it's done too often, it takes away from everything else and it makes a poor substitute for a good plot. I was disappointed but will read Tana French again because her first book was excellent. I think this one was just a bit flat, it happens. 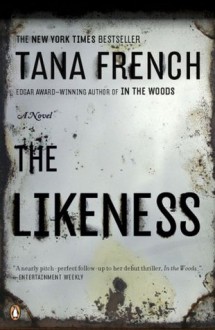 FYI, I DNF this book at page 122. I skimmed the rest of the book and only fully read the last four chapters to see about the resolution of the story.

Please note this book will have spoilers from book #1, so read at your own risk.

So instead of me posting gifs of people running away I am just going to try to keep this short. The entire premise of this book was absurd. I could not get past it.

Cassie, the partner of Rob (who was the lead character in book #1) is back as the lead in book #2. It makes sense to showcase Cassie after the brutal breakup of the partnership between these two in book #1. Cassie transferred to Domestic Violence and is now in a relationship with Sam who is still in the Murder Squad (part of the Rob/Cass trio).

When Cassie is called to a murder site by Sam, she runs across her old boss (Frank Mackey) in undercover. They tell Cassie to cover up and be there quickly. When she is there, she finds a young woman that could be her twin that is murdered. The young woman also is using the name that Cassie used in her old undercover days, Alexandria Madison. Frank has a crazy idea though, he wants Cassie to go undercover as the dead woman and live with the dead woman's four roommates in order to flush out a murderer.

I can't. The whole plot was dumb. We then have Cassie waffling about being involved, but wanting to be involved and getting talked into via Frank. Sam the only person with any kind of damn sense sees how stupid this is. Also how did any superior sign off on this mess???

Cassie looks at some videos on the dead woman's phone so she is going to use that in order to see how to impersonate her.

Cause you know, you going to live with strangers who could be part of the reason why the woman is dead is totally a smart thing to do. I just hated this whole thing. I also hated how obsessed Cassie gets with the entire group of friends. She needs to see a therapist. Considering how she broke open the last case, I am wondering who this impostor is, she had no damn sense as far as I could tell the entire book.

Cassie is adrift and feeling anxious since the last murder case she worked. I honestly don't get what she was anxious about. Was it the breakdown of her friendship with Rob (by the way he is barely mentioned which drove me up the wall) or was it the actual case itself? I felt like I got more insight into Cassie in book #1 and she wasn't the lead character. She is mysterious in this one and I will say it, kind of a moron. Did I say that already? Well she is.

There is no character development at all in this book. I saw a couple of asides to her friendship with Rob, but not a lot. I honestly don't get what Sam was doing in this one and why he even put up with Cassie. Frank, eh, I know he is the subject of book #3, since Themis recommended that book that is the only reason why I am reading it. Only reason.

The roommates are paper thin dolls. They make absolutely no sense. Three people being told what to do by one of the roommates who makes all their decisions for them. All four of the roommates are obsessed with not sharing their pasts and fixing up an old house. I hope you like reading about how lovely Cassie finds everything.

The writing and flow of this book was nothing like book #1. I was over everyone which is why I DNF this book. Cassie becomes obsessed with the dead woman's life and thinks she knows her cause in some other life or something this could have been Cassie's world. I don't know guys, I just wanted to drink some wine and not think about this book. I just didn't have the patience for it at all.

Eventually we find out what happened to Alexandria Madison. I didn't really care, but honestly anyone who read a book had to know where this was going. I ended up just feeling disappointed in Cassie and just over her. She jumped all over Rob for not seeing what was right in front of him for book #1, and I wanted to yell pot meet kettle at her when I read the last couple of chapters. If French had ended the book with Cassie trying to reconcile with Rob months later at the conclusion of this case it would have worked better for me.

The setting was not great. Most of the action (if you can call it that) is at an old house that Cassie lives at with the roommates. They all act like this place is the best thing ever. It's an old and falling down home. That's it.

The ending was a shoulder shrug to me. We already knew where Cassie's life was heading towards since Rob dropped information on us at the end of book #1. I just rolled my eyes at Cassie acting like her investigating this dead woman's life was some great experience.

Book gods, try me again and see what happens.

This is about to be a straight up DNF. I may need some help in figuring out something else for the "Terrifying Women" square. I am ticked! I loved the first book in the series and this is some epic level Blue almost started posting rage updates last night, but she had to go to bed. And I woke up this morning and am still mad. And I read some more on the train and finally threw this paperback in my purse before I heaved it at someone's head.

This has to be a joke.

So the second book in the Dublin Murder Squad series focuses on Rob's former partner, Cass.

Think of this book taking some parts of the things you hear about via Rob in book #1 and you get to where he gets at the end with (spoilers if you didn't read book #1, don't read further)

Well in this second book you find out how they get there. That's fine. But the Cass in this book is not the Cass we meet in book #1. She's rudderless and a bit of a mess because of the last case. Not because of Rob though. Also if you want to hear her thoughts on Rob, enjoy, cause he's barely mentioned so far.

What got my blood up was the whole plot in book #2.

Sam finds a murder victim that could be Cass's twin sister. This young woman also steals a name that Cass used during her undercover days. And now they are pushing Cass to go in and pose as this dead girl with her housemates. Yeah..cause when you look like someone you sound just like them and no one is going to pick up on any nuances. The whole idea is dumb as hell!

I skimmed a bit further I got up to 100 pages all together with skimming and Cass has lost the plot. That's all I have to say. I am not feeling overwhelmed at all. Instead I am feeling cheated. And annoyed. 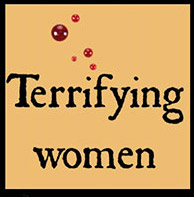