Log in with Facebook
or
Wrong email address or username
Sign up
Already on BookLikes? Log in!
Incorrect verification code
Please, check your email, the code to access your BookLikes blog was sent to you already.
Enter code:
« Back Send
back to top
Search tags: The-Walking-Dead Normally, I don't rate books I DNF. However, since I DNFed this one because I couldn't really stand it, I felt like I would be forgiven for passing judgment in the form of stars.

I've been really looking forward to reading this book. I heard so many great things about this series, from great sources. I was expecting a kickass witch, in a kickass world, with shipping to be had that will make me want to read sequel after sequel(I guess, in other words, I was expecting nothing less than the Kate Daniels series, or the Charley Davidson, or The Others, or Mercy Thompson. All great series you should read).

Alas, none of my wishes came true.

In retrospect I a) shouldn't have read it straight after a mindblowingly awesome book such Written in Red and b) should've known to lower my expectations when a first attempt to read this book a couple of weeks back resulted in me dropping it after a couple of pages.

Dead Witch Walking is told from the point of view of Rachel Morgan, which means that if you don't like Rachel, you won't like the book. Can you guess what I thought of Rachel? That's right. Hated her.

Seriously, she's just one of those characters that constantly pisses me off.

It's started with how she refused to accept the idea her ex-boss will put a price on her head, even though everyone warned her, and her boss literally told her he will. In no uncertain terms. I frowned at that.

Then, she's supposed to be a witch of some powers (or else, people won't be so interested in her / she wouldn't be the damn good runner she claims she is). And yet she decidedly lacks in powers. By page 90, she's been almost killed about 5 times, and four of those times she was saved by others who happened to be around and she didn't even realize she's been in danger until they nullified it. And you expect me to believe you're capable? You, lady, are no badass.

Second, she treats her friends awfully. From page one, she is pretty much condescending, judgemental and unforgiving. Her friends help her. Does she thank them? Umm... nope, she complains. She get's angry. She feels justifies at being so.She never shows them any gratitude. And she hurts them constantly, and so callously!

(It's like she thinks Ivy being a vampire means she has no feeling. I'm not a particularly big Ivy fan, and STILL I was just indignant on her account.)

And let's not get me started on Jenks, the only likable character in this whole fiasco. Jenks is awesome. He is by far the most badass of the lot - saving Rachel constantly. He does a lot more than Ivy or anyone else. And yet he is treated as mere comic relief, with Rachel turning decent toward him only when she's turned his size and realizes that, hey, he's pretty hot!

Then, there's the world. For the life of me, I don't understand why the IS operates the way it does. Why can't it just firepeople? Why is getting out a death sentence? Seriously, why would they go through all the hassle of hiring assassins of all kinds? It seemed so stupid and over the top to me when you can just fire someone. And considering this is a huge part of the story, it made the whole thing hard to swallow.

But the real reason I put the book down at page 190 instead of braving the rest of it as I already got so far has to do withTrent. Now, I have this thing. When I'm not clicking with a book that's part of a series, I tend to go read spoilers (I know, WHAT?) so I could make an informed decision on whether I want to read of those events, or rather pass. Which is what I did here.

This is why I know

. I was on board with that, for a while there. Until he killed that man. The whatever-he-is is a psychotic, murdering SOB. And I honestly don't want to read of him redeemed because, there is no good excuse for that murder and cruelty. 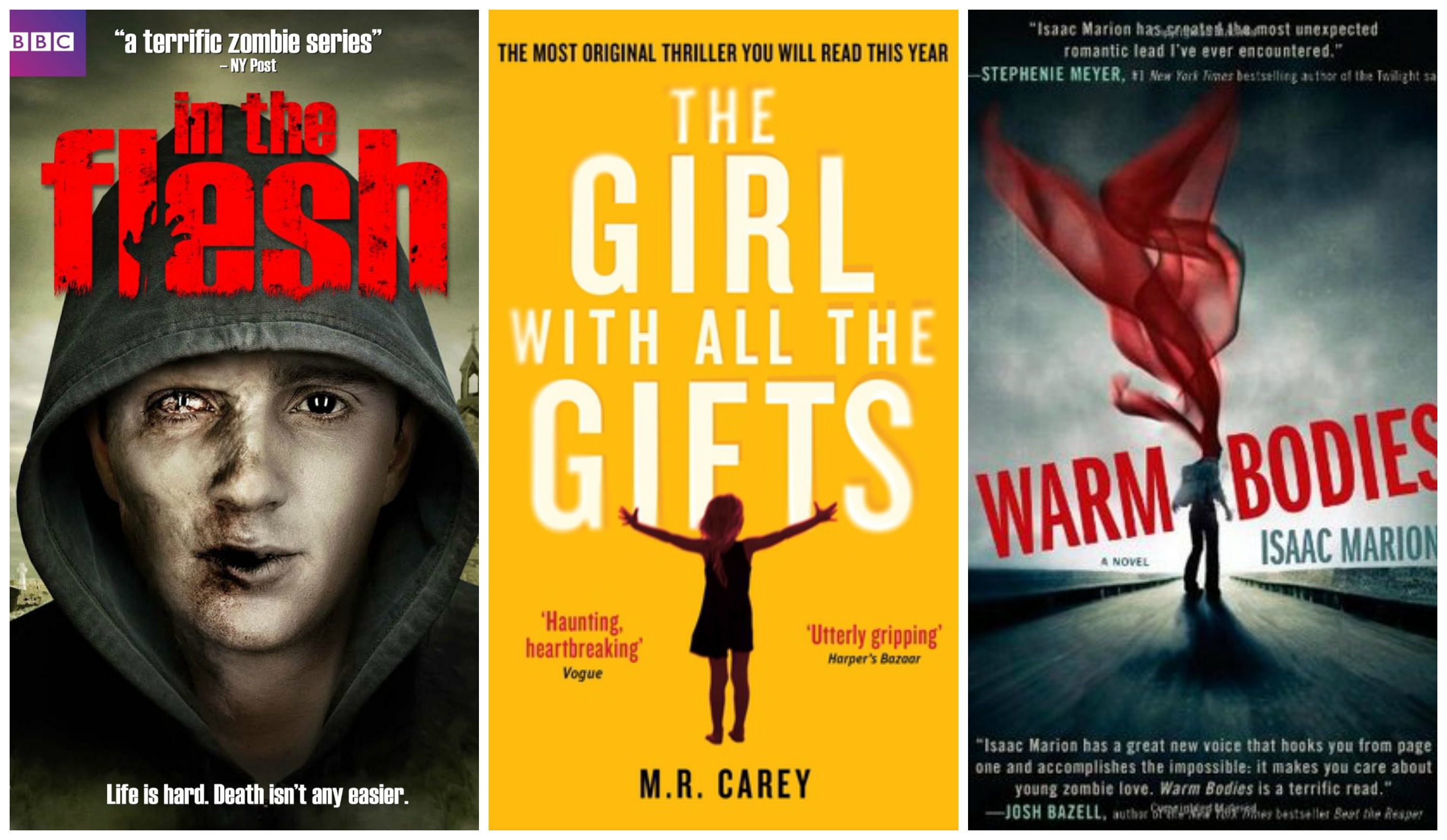 According to M John Harrison, “The zombie is the ultimate other in a neoliberal society … they will never embarrass you by revealing their humanity.” To what extent does this reading explain the popularity of zombie franchises? And what are we to make of works such as Warm Bodies, The Returned and In The Flesh, that start to rehumanise the zombie?

I've been curious about this series for years.  Not curious enough to buy it but I'll try it for free. I have posted my review of this on my blog, The Itinerant Librarian. Fans of The Walking Dead will likely want to check this out. For all, simply click the link to read the full review. As always comments are welcome here or there.