Log in with Facebook
or
Wrong email address or username
Sign up
Already on BookLikes? Log in!
Incorrect verification code
Please, check your email, the code to access your BookLikes blog was sent to you already.
Enter code:
« Back Send
back to top
Search tags: Tonks-and-Lupin

Tor.com got me. Read on only for the fun of what might have been:

A new Hogwarts series based around Colin Creevey? This was announced by Rowling a few days ago, so maybe I'm the last to know.

“I had been wanting to return to the world of Hogwarts for some time,” Rowling explained. “But instead of continuing the timeline forward I wanted to re-approach the relative innocence of the first volumes of the Harry Potter series.” The author went on to explain that she felt stymied as to how to approach this desire until she happened to catch a few minutes of the Harry Potter and the Chamber of Secrets movie in her hotel room during a convention appearance in the U.S. in 2013.

“Right there, it hit me. Colin Creevey. He’s got such charisma, his innocent impetuousness is clear, and his arc is simultaneously tragic and heroic.” She was further delighted to find a small but fervent fanbase for the character online.

According to Bloomsbury UK, the Adventures of Colin Creevey series will take place in and around the adventures chronicled in the main Harry Potter book series. Readers will see familiar events from a different angle, and Rowling hopes to balance the darker portrayal of Hogwarts in the latter books with Creevey’s more lighthearted view of the school and his classes. “I always regretted that,” the author elaborated. “As the war against Voldemort took precedent I lost the opportunity to portray Hogwarts as a school and a place where young wizards feel welcome.”

I'll take what I can get, but like many other fans I would love to read more about some of the other characters, including Tonks and Lupin. 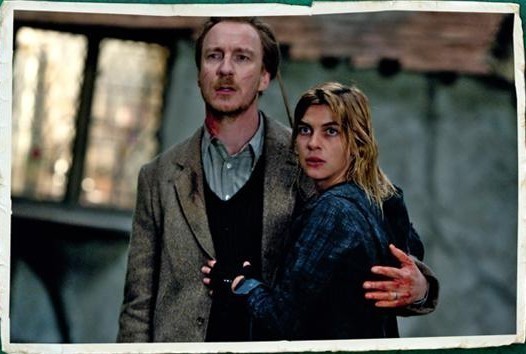