Log in with Facebook
or
Wrong email address or username
Sign up
Already on BookLikes? Log in!
Incorrect verification code
Please, check your email, the code to access your BookLikes blog was sent to you already.
Enter code:
« Back Send
back to top
Search tags: Toothy-Fellas 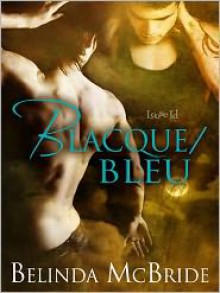 This book was fabulous. I, for a change, have no complaints. The paranormal aspects were a living part of the story, the closeted werewolf hero and the sexy, tormented vampire hero magical together. The secondary characters weren't lost in the shuffle either, they were well developed and added to the story. I'll definitely be looking for more from this author in the future. 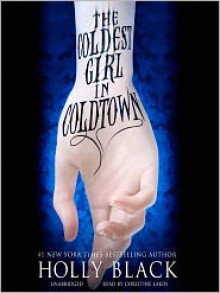 Yes I realize this title was named for me.

Seriously though I was really looking forward to Holly Black’s take on vampires. She has a lush beauty about her writing that I love and never shies away from the ugliness that inhabits the lives of her characters. Her characters can be jerks, this is sometimes why I like them, and they always manage to keep my attention. I can’t say this was the case here and I sleepwalked through most of the story.

It started out great. Tana wakes up from one hell of a party to find a bloodbath has occurred while she was passed out. All of her party-going friends are dead and she sits down in a pool of blood to ponder things. The descriptions are bloody and my hopes were high. But then she finds her ex-boyfriend Aiden and a handsome young vampire fellow who she doesn’t know (his name is Gavriel and you know that no normal boy has such a lovely name, right?). They are all tied up but very much alive. The ex-boyfriend bites her. He’s been infected by vampire venom and can’t resist. She sets them free and fearing she’s infected the trio head to a place called “Coldtown” where infected humans and vampires co-exist in stew of decadence.  And by the way, you can check into Coldtown but there’s no way you’re ever checking out. Were it me I’d have run screaming “So long suckers!” and left them there to have a bit fun with each other but Tana is kind of a danger whore (not that there’s anything wrong with that) and off they go.

Here the action and an endlessly meandering plot take over the story and turn what’s left of my brain right the heck off. There are some gorgeous descriptions of blood and the orgasmic rush of drinking it that bring me back to the days of Poppy Z. Brite’s earlier works (Black thanks her, along with Anne Rice and a slew of other gothicy writers In the end notes) and the violence was front and center but this wasn’t enough to keep my attention. The biggest disappointment for me was the lack of fleshed out characters. I could picture in my head exactly what everyone was wearing right down to their perfect application of glittery blue eyeliner but I never felt as if I knew any of them and could care less if they lived or lost their heads. After a while they all became a blur and secondary to the action.

And then there’s Gavriel and Tana’s romance. I’ve read too many of these books and knew from the moment the author stated his name that they were going to look deep into each other’s kohl lined eyes and lose their shit even though I was hoping for something (lord please anything) else to occur. Ok, so what if I was secretly hoping that Gavriel and Aiden would have a thing and surprise me in a good way. But no. It played out exactly as I feared it might. The romance could’ve been salvaged had it been fleshed out even a smidge. As written? Well, I wish it hadn’t happened.

The narration by Christine Lakin was amazing. I’d give her performance 5 blood stuffed stars and advise you listen to this story on audio if you have a desire to read it. Her voice was smoky and sensual and perfect for the content. If it weren’t for the great narration I might’ve deleted this from the Ipod after the first half.

So, to wrap this up there’s action (my downfall so perhaps that’s the biggest issue), rapturous bloodsucking, a big bad that wasn’t, a lot of death and a little lusty-lust but none of it was all that riveting.