Log in with Facebook
or
Wrong email address or username
Sign up
Already on BookLikes? Log in!
Incorrect verification code
Please, check your email, the code to access your BookLikes blog was sent to you already.
Enter code:
« Back Send
back to top
Search tags: Touched-by-an-Angel Batman: "Amy. I would have come back for you!"

Seriously, this is awesome cross-over with Superman, Batman and the Doctor. 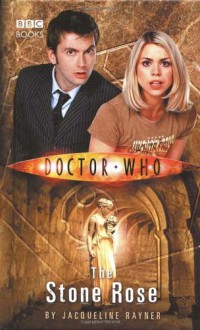 This quiz is not accurate, but it is fun.

Mark is still very much in mourning after the loss of his wife Rebecca.  He buries himself in work, has few friends, doesn't date and doesn't really socialize.  What he doesn't know is that this is all about to change.  Mark receives a letter in his own hand writing with a list of instructions about what to do when he finds himself sent 17 years into his own past.  Like anyone else, Mark is tempted to go back to make changes.  Who after all doesn't have some regrets?  Unfortunately, time cannot be changed without consequences and this is where The Doctor (#11), Rory and Amy come in.

Touched by an Angel very much reminds me of Blink (season 3 episode 10) during David Tennant's tenure as the Doctor. Luckily, Mark's story is compelling enough to stand on its own and the Doctor's small role didn't decrease my enjoyment of the story. Touched by an Angel is about more than killer statues and wibbily wobbly timey wimey bits, it's about love and loss.  I think anyone who has ever lost someone they cared deeply about will closely connect with this story. It was interesting to watch the relationship develop between Mark and Rebecca, even as the story inevitably led to Rebecca's death and the terrible choice Mark had to make.  I couldn't help but myself in Mark's shoes and think about what I would do if I had the chance to save someone I love.

Morris takes care to include a ton of 90's references to give us a sense that Mark has indeed traveled back to the 90's. We follow the journey and watch Mark mature from a young man full of hope, to a middle age man dealing with loss and desperation.  Similarly, Mark's relationship with Rebecca evolves from one of friendship to an established romantic relationship with all of the pitfalls that this includes.  Like any other couple, they make plans but life gets in the way.   It's a strong reminder to make the people we care about a priority because we never know when our last day will be.

The angels have long been one of my favourite aliens in the Whoverse.  Morris has a tough act to follow given that in New Who, the weeping angels were brilliantly written by Moffat.  The angels in this case are looking to feed off of a paradox, something we saw in The Angels Take Manhattan (series seven, episode five) Every time the Doctor, Amy, Rory and Mark found themselves challenged or surrounded by the angels, I found myself struggling not to blink, completely caught up in the story.  The angels translated very well in Touched By and Angel and are just as horrific as I have seen them on television.


Unfortunately, Amy Pond was not very well written.  To be upfront, I have never been a fan of Amy and Rory because they remind me so much of wet lettuce.  Amy didn't seem to really do much and I didn't really get a sense of a bond between her and the Doctor.  Predictably, Rory ended up running around and doing the Doctor's bidding, with a touch of sarcasm thrown in for the sake of comedy.  I'm not convinced that Rory and Amy worked in Touched by an Angel; however, I wasn't convinced about them on the show either.

I went into this book a bit worried because I wasn't sure if the same formula that generally works on TV would still work on paper. Also, The Weeping Angels are my favourite villains/monsters whatever you called them, and I feared that they wouldn't be used as effectively as in the show.

Luckily, I was proven wrong. It felt as I was reading a longer episode from the show. The author did a wonderful job making the Angels as creepy in book form as they are in TV form. Even though there were a lot of everyday events described in the book, they helped to build the relationship between the characters and make the reader feel more attached to them.

I especially enjoyed that the narrator was an omniscient one and took turns in describing all the characters' feelings in the different situations. Rory continues to be my favourite and I felt that he was very well portrayed.

Finally, the humour was spot on. I appreciated the little comedy relief moments, especially with a heart-breaking storyline as this one. The jokes were quite good and the references both to the show and pop culture (Back to The Future reference WOOHOO!) made me squee like the little fangirl I am.

As I said, I wasn't expecting much but I was very pleased with it. I really want to get my hands on some of the 10 stories now.

One of the scariest things I have ever watched on telly? Blink. In this Doctor Who tenth episode from the third season, the Doctor and Martha meet Sally Sparrow. Well, they don’t really meet Sally – you see, there are DVD Easter Eggs, on sixteen DVD’s, where a mysterious man has a conversation, apparently with someone sitting on “our” side of the screen . . . and it all goes extremely terrifying from there . . . for the Weeping Angels are on the move. And they are very, very hungry.

In Touched By An Angel the Weeping Angels are back, and this time it is Amy and Rory who are The Doctors companions, as they desperately try to stop time, space and everything from imploding.

Our intrepid trio are back in England, and this time things are dire indeed. For Mark Whitaker, though a rather unassuming, sad and lonely widower has just received a letter – and that letter could destroy the universe. For if Mark follows the letter’s instructions, he will go back in time. He means to save his wife, no matter the cost. But the cost is more than he could ever dream.

This is a fantastic addition to your Doctor Library. Tense and exciting, but also heart breaking in the extreme, the story moves back and forth in time as the Doctor, Rory and Amy watch over Mark as he is sent back to 1994, his college days, and begins to live his life alongside his younger self. Ticking off the list of things the letter tells him he must do, he works closer and closer to the day of his beloved wife’s death.

Highly recommended for Doctor Who fans.

NOTE:  I received this book from the publisher in return for a realistic review. All opinions are my own.