Log in with Facebook
or
Wrong email address or username
Sign up
Already on BookLikes? Log in!
Incorrect verification code
Please, check your email, the code to access your BookLikes blog was sent to you already.
Enter code:
« Back Send
back to top
Search tags: Weird-Tales 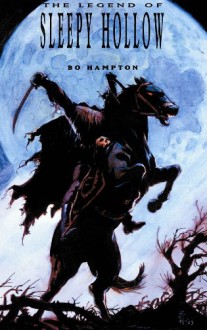 The last of my pre-written posts.

I prefer classic horror because it deals with ghost stories being told at a holiday party or other ways to distance the story from the reader enough so I can enjoy the story without putting myself into nightmare situations.

Some favorites include The Legend of Sleepy Hollow, The Tell-Tale Heart, and The Fall of the House of Usher. I read two Great Illustration of the Classics versions of classic horrors that work with my brain (Frankenstein and Doctor Jekyll and Mr. Hyde). Last year's pick, The Turn of the Screw, was much too wordy for me to enjoy the story. I have tried to read Dracula in the past, but I made it all of 25 pages and noped out of it.This year I am reading Tales of Mystery & the Macabre by Elizabeth Gaskell. Modern day fables isn't some thing that is easy to write. The thing about writing such short stories it takes a lot of imagination to turn some thing that is like a fairy tale to some thing that suits the current modern day genre. But Tales of Falling and Flying some how, found its unique voice. And with that, I am glad that I pick up this book and read it in 2 days.

From the first short story 'The Dodo', I was in a good way speechless that this story got me thinking. There's a reflection in this story that touches on human nature, even though the story is about a dodo bird who thinks is a dodo bird but actually is a chicken since dodo birds are dead but deep down inside, its a dodo bird. Did I get you confuse? Maybe, but if you read it (in which I won't reveal much here), the metaphor is much deeper here. This is how Ben Loory found his mark as a writer. He writes what he wants to write. He writes about sad tales, love stories, science fiction with a touch of humor and even fantasy. He writes about animals that talks and do weird things. He writes about people that do weird things. In short - these are weird stories and its not a bad thing. It is his way that I love so much about it, that brings fresh new voices in the writing genre and I doubt there is anyone out there that really knows how to write a good modern day fable stories none other than him.

If not for a few stories which I do find it not to my liking, I would have given this a 5 rating but with 40 short stories in this book, 4 rating is what I would give plus I would recommend anyone who likes modern day fable tales or some thing that is weird. Scarier and stranger than any multiplex horror movie, Weird Encounters features more than 75 supernatural stories contributed by writers from across the country. Compiled by Joanne M. Austin, editor of the hugely successful Weird Hauntings, this chilling anthology tells of “Historic Haunts,” and “Hostel Environments” and conjures up a host of phantasms, paranormal pranksters, and devilishly destructive spirits-like the deceased owner of an Illinois inn whose ghost gets fresh with his female patrons and the bridge in Mississippi that's haunted by a serial murderer and his victims
What did I think:
4,5
This was the first time I've ever heard of this series , and I'm glad that my sister got me this copy but I don't think I'll get the rest of the series, while I did like reading some of them , and some of them was really good, they just didn't reach out and grab me like some of the other books I've read about actual ghost haunts , some just felt like there could be more to the story but the author just didn't know how to put it in to words or they kept something out, while its still a good book to add to your ghost library , its the type of book you pick up and just pick which stories you want to read , which is what I did and will be doing when ever I pick it up to read, I did love how at the end of each story they tell you where the hunted places are at and how to get there.

Up date: so as you can see I changed the rating to 4.5 one, while I was reading more of the stories I did find some that was a little creepy and strange but not enough to give me goosebumps and make the hair on my arms raise up. But I liked it! Finally got my New York Comic Con limited edition patina Cthulhu. I may be getting a bit obsessed with Funko Pops.