Log in with Facebook
or
Wrong email address or username
Sign up
Already on BookLikes? Log in!
Incorrect verification code
Please, check your email, the code to access your BookLikes blog was sent to you already.
Enter code:
« Back Send
back to top
Search tags: amber-allure 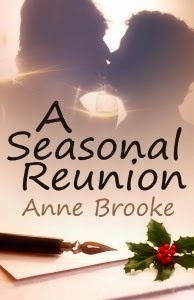 Hop on over to our blog today for an excerpt of Marie Sexton's new release "Normal Enough" and a giveaway. See you there!

Kasey has a car fetish. He really, really loves them. Not all cars, of course, Just the really cool ones, like that 1970 Chevelle SS 454 that shows up at the car shop where Kasey works, handsome owner included.

No, Kasey doesn't want to have sex with the car. But it sure turns him on, so much so that he's springing a boner while talking to the car's owner.

Marie Sexton deftly delivers a character study of a lonely man, feeling shamed by his fetish, and estranged from his family, too afraid to even reach out to his co-workers to make friends.

But that Chevelle, and the subsequent muscle cars Brandon brings by to encourage Kasey's interest, as well as Brandon's easy acceptance of Kasey's fetish, gives Kasey the push that he needed. He begins thinking about his life, and what turns him on, and that maybe if someone accepts it for what it is, he doesn't have to be ashamed. And perhaps it's even okay to accept that invitation for beers after work, and perhaps it's even a good idea to listen to that message idling on his answering machine.

Kasey grows in realistic ways by the end of the book, from a closed off loner to someone who questions himself and his motives.

Perhaps due to the length of this novella, it smacked a wee bit of instalove, but I liked the happy-for-now, and I even liked that Kasey questioned Brandon's intentions. It's a bit fluffy, for sure, but it was just the thing I wanted at the time. I thought Kasey was cute and adorable in his hesitation and fumblings, and I really liked the fetish being explored here.

Check it out, will ya? It was a great way to spend a couple of hours, curled up in my favorite reading chair.

** I received a free copy of this book from the author as part of her blog tour. A positive review was not promised in return. ** 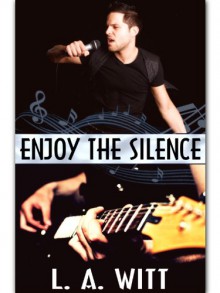 Zander Lynch has his limits. He loves touring as the lead singer of his band, but sometimes, he needs a little peace and quiet. Just an hour of silence after a show with no one asking him questions or making demands. Brad Reese needs this job. He’s recently been hired by the volatile, obnoxious lead guitarist…who is also Zander’s on-again off-again boyfriend.

As much as Brad would love to get to know Zander, he’s not risking his job for someone who’s likely out of his league anyway. But after a chance encounter, the attraction between the two men is undeniable. And though it means risking peace within the band—not to mention Brad’s employment—they might just be what the other has been missing.

This was a fairly simple and quick to read story set in the world of rock n' roll.

It has a focus on balancing relationship decisions with career choices as Zander has been staying with what (and who) he knows and making personal sacrifices so as not to rock the boat and upset the dynamics of the band.

Brad is selfless, loving Zander the man not Zander the rock star. "Maybe because I'd sat with him for a little while, shared a laugh and some smoke, and he hadn't ruined his image by being a pretentious jerk or looking down his nose at me. He'd been human, and so seeing him now with all his stage dress and makeup, his larger-than-life effect was somehow more pronounced.". Zander is attracted to Brad who sees the real person and wants what's best for him. "Brad was a breath of fresh air in so many ways. He was so giving, so unselfish. He barely knew me, but still went out of his way to keep me sane." Rick is the man who tries to manipulate them both.

It's a short story with some steamy but very loving sex scenes, a bit of drama and a HFN ending.

To find out more about L.A. Witt and her books visit her website.

Buy Enjoy The Silence from Amazon. 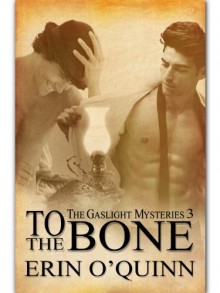 3 1/2 - 4 Hearts
Review written for MM Good Book Reviews
This story is part of a series and is best read in order. Simon and Michael are back and their partnership as investigators is a lot easier than their relationship behind closed doors. As Simon and Michael come to terms with what they share, they still have work to do and they discover there was more to the 'Brown man' than they first realized. Picking up a case for missing paintings, their investigations lead to the discovery of a connection to Simon's family, and they stumble across a city-wide criminal ring. Throw in a secretive man called Moshe who won't leave them alone and they have an interesting couple of days ahead of them.
If you have read the previous stories in this series then you know that Michael is a confident man who is cheeky and cheery, but has found himself infatuated with an uptight man. You will also know that Simon is that uptight man who is still struggling with what Michael makes him feel, but he is becoming slightly more relaxed and not quite as grumpy as he portrays to be. Their adventures together usually ends with injury, capture and danger but they usually get their man and this story is no different with more characters adding to the intrigue.
As they work together on the new investigation we see how they compliment each other, but, it is still not easy especially when a figure from Simon's past sticks his neb in. The investigation is interesting and leads to a bigger investigation with Michael and Simon turning to Pinkerton's and making a deal. Moshe is a man with surprises and who keeps his secrets close to his chest, so close in fact that he makes Michael look like a blabber mouth, but if Moshe really wants Simon's co-operation then he has to learn to share.
I really liked this story and the progression of Michael's and Simon's relationship, although from the first story to now it has only been a matter of days it does seem longer and Simon's reticence adds to the overall effect of it being drawn out. I love the way that Simon works through what he is feeling rather than jumping in feet first and Michael seems to be getting Simon's nature better and backs off a little in this one, letting Simon come to him and make the first move. At times the story does seem to take place a lot in their heads as they think and dissect what is happening between them, and reliving certain couplings but it doesn't take away from what is going on around them. We also see how their relationship is heating up with a lot more sexual activity taking place with *gasp* Simon taking the initiative more.
I recommend this to those who love historicals, great characters coming to an understanding, an interesting investigation, secrets being revealed and an ending that is oddly hot and slightly touching.
Amber Allure Erin O'Quinn Gay Historical Gay Science Fiction MM Good Book Reviews Pixie's Reviews
Source: mmgoodbookreviews.wordpress.com
More posts
Your Dashboard view:
All Reviews Text Photo Quote Video URL Activities
Liked posts Top Tags
Press About Terms of Services Privacy Policy Contact Us Blog FAQ Patronaty medialne BookLikes for Authors Partners panel more...
Team Themes Docs API Blogs
Copyright © 2020 BookLikes